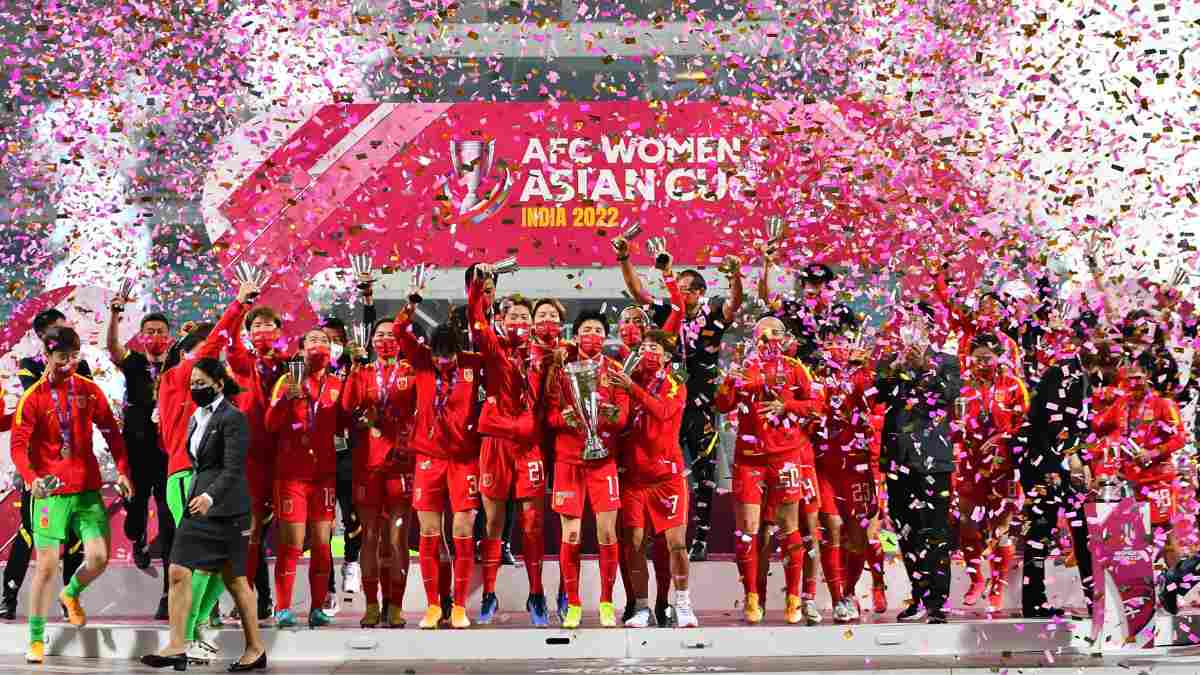 The AFC Women’s Asian Cup India 2022™ came to a thrilling end on Sunday with China PR winning the prestigious trophy for the 9th time, defeating Korea Republic 3-2 in an instant classic at the D.Y. Patil Stadium in Navi Mumbai. It was a night of twists and turns that truly fitted the momentous occasion of the final of AFC Women’s Asian Cup India 2022™ that gave football fans across Asia and the world, a number of unforgettable moments.

As the tournament bids farewell to India (for now), here is a look back at some of the most memorable moments from AFC Women’s Asian Cup India 2022™, including the records that were broken, the technological advancements that were made, the upsets that were caused and the history that was created.

– For the first time in India, the VAR technology was used at the AFC Women’s Asian Cup India 2022™ from the knockout stages. The Quarterfinal matches between Japan and Thailand, and Australia vs Korea Republic saw the usage of VAR for the first time in the country.

– Australia defeated Indonesia in the Group B match by 18-0, picking up the biggest win in the history of competition in 20 years.

– Korea Republic’s 1-0 win over Australia in the Quarterfinal match was deemed as the biggest upset of the tournament. Coincidentally, it was also the match in which VAR played a key role – for the first time in a football match in India.

– China PR knocked out defending champions Japan with a 2-2 (4-3 pen) win in the semifinal match, stopping Japan’s bid for a hat-trick of title wins.

– Philippines, who were placed at the 64th position in FIFA World Rankings at the start of the tournament, stunned the football fans in Asia as they went on to reach the semifinals, and book a spot for the 2023 FIFA Women’s World Cup set to take place in Australia and New Zealand.

– Vietnam qualified for the Women’s World Cup for the first time in history defeating Chinese Taipei to confirm their berth at the quadrennial event at Australia/New Zealand.