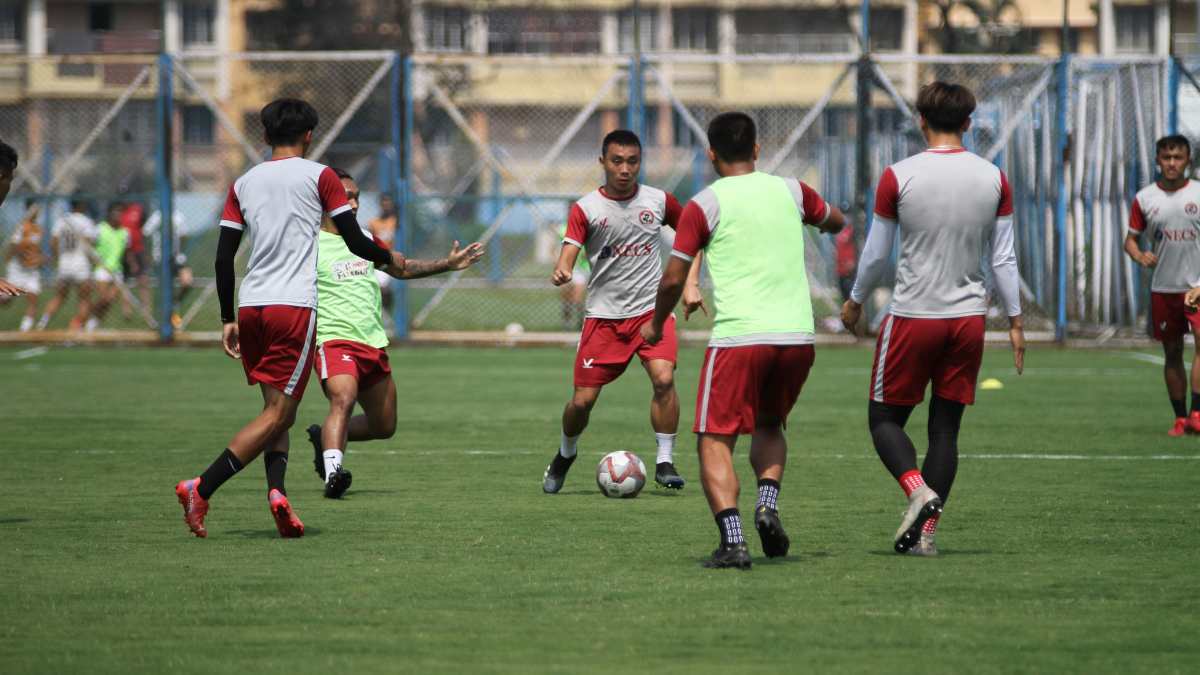 After a gut-wrenching last minute 4-3 defeat at the hands of RoundGlass Punjab, Aizawl FC will be aiming to put their first points on the board as they take on Sudeva Delhi FC who have made a steady start to the 2021-22 Hero I-League season.

The People’s Club were condemned to their fourth successive defeat and are currently bottom of the pile but head coach Yan Law is confident that they are about to turn the corner.

“We know our strengths and this is not where we want to be. We’ve been performing well and I’m proud of the boys. The points are not coming but we are controlling the game, creating chances. We are targeting the biggest comeback in I-League history,” he quipped.

Forward Dipanda Dicka made a goalscoring debut for Aizawl FC and he is eager to continue in the same vein with the support of his new teammates.

“We have some fantastic young players at the club and their qualities will help me and the team to create more chances, score goals and win games,” he said.

Sudeva have made a solid if not spectacular to life under new head coach Mehrajuddin Wadoo and currently in 7th place. The former India international has made them difficult to beat but attacking problems still persist.

“We are lacking in some areas but we created chances even though we couldn’t convert them which was a concern. As long as we are playing as a unit, I am not worried,” said Wadoo.

The 38-year-old sympathizes with next opponents Aizawl FC and believes they will be fired up for the game.

“They are still a very good team despite having not won yet. The league table doesn’t reflect their quality and they don’t deserve to be there,” he said.

“Sometimes when you are not winning, the mentality is not strong but it can also go the other way and they will be hungry for points,” he concluded.