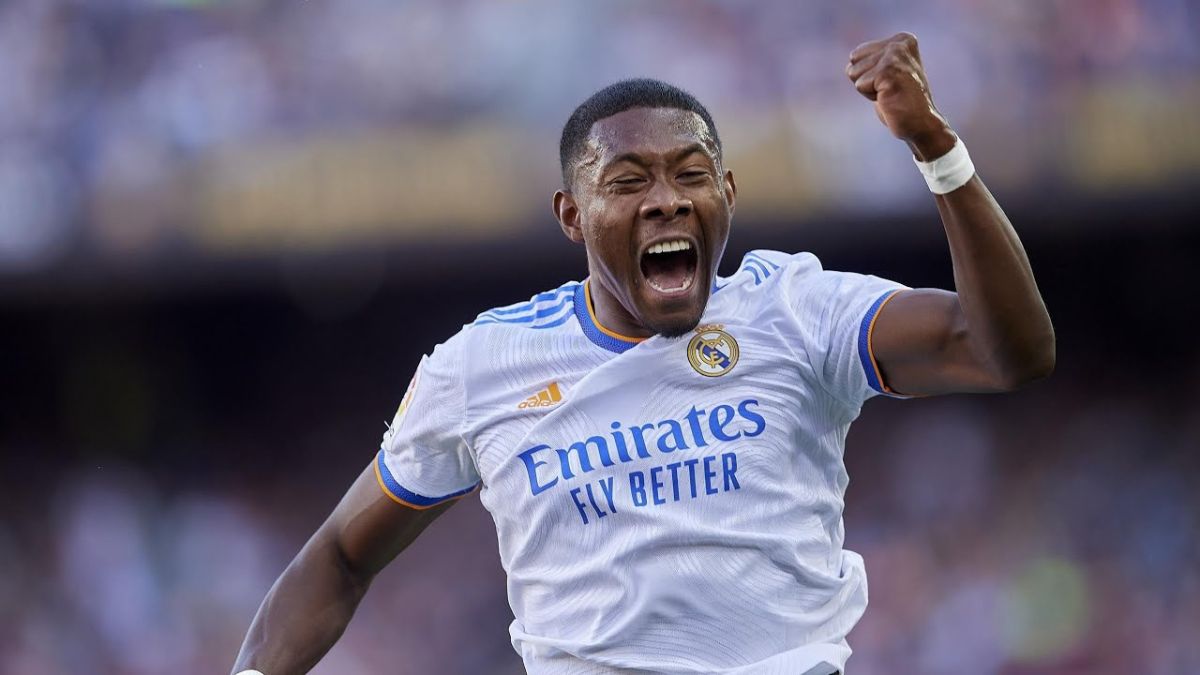 David Alaba might not have chosen a better club for him to be at. The 14-time European Champions have had world-class players in every position over the years. But maybe, they never had a player like Alaba who can play anywhere the coach wants him to play. Alaba joined Real Madrid in 2022 after lifting the Bundesliga with Bayern Munich. Fast forward a year later, he is already a La Liga champion and has already won the UCL with Los Blancos. Alaba is one of the first names on the team sheet for Don Carlo and it is not surprising why. His performances ooze class and consistency all over.

Real Madrid picked up another win in UCL which puts them at 9 points at the top of the group. Alaba was quick to admit that their squad is very strong at the moment.

” We are happy and satisfied with the result. Our goal was to win the first three games and be at the top with nine points. The squad is similar to what it’s always been; a very, very strong team. It’s no secret that we’re really strong as a unit, but of course, we also have certain individual players who can make a difference and bring tremendous quality with them.”

Alaba also commented on his former teammate Lewandowski being the top scorer in La Liga.

” I’m not surprised by Lewy. For years in Munich, I was able to experience what he does here in Spain. He is one of the best strikers in the world and he’s proven that time and time again.”

On the Ballon d’Or ceremony this year, Alaba had no doubts as to who the winner should be.

“Karim. The question doesn’t even arise because if you look at his last season, it’s really unbelievable. I’m really grateful that I was able to experience it and be a part of it.”

‘Carlo prefers me at Centre back’: Alaba

With so much versatility in him, there is so much to think about while deploying Alaba in a particular position. Don Carlo Ancelotti must be having headaches every week as to what his lineup and instructions should be like. The arrival of Rudiger made things complicated as the CB duo of Militao and Alaba would be broken. But Alaba feels the coach knows his position.

” I’m more comfortable inside. I also think Carlo sees me more in that position. It’s no secret that I can play on the left. If I have to play there or help out, then of course I try to help the team as much as I can.“

Talking about the packed schedule of games and then the world cup, Alaba said:

“The next few weeks will be extremely important because we have a lot of games. We play every three days until November, until the World Cup. We really have to be extremely focused and concentrated. It’s important that we prepare as best we can for the games and recover as best we can. We really have to focus on football so that we can be successful over the next few weeks.“