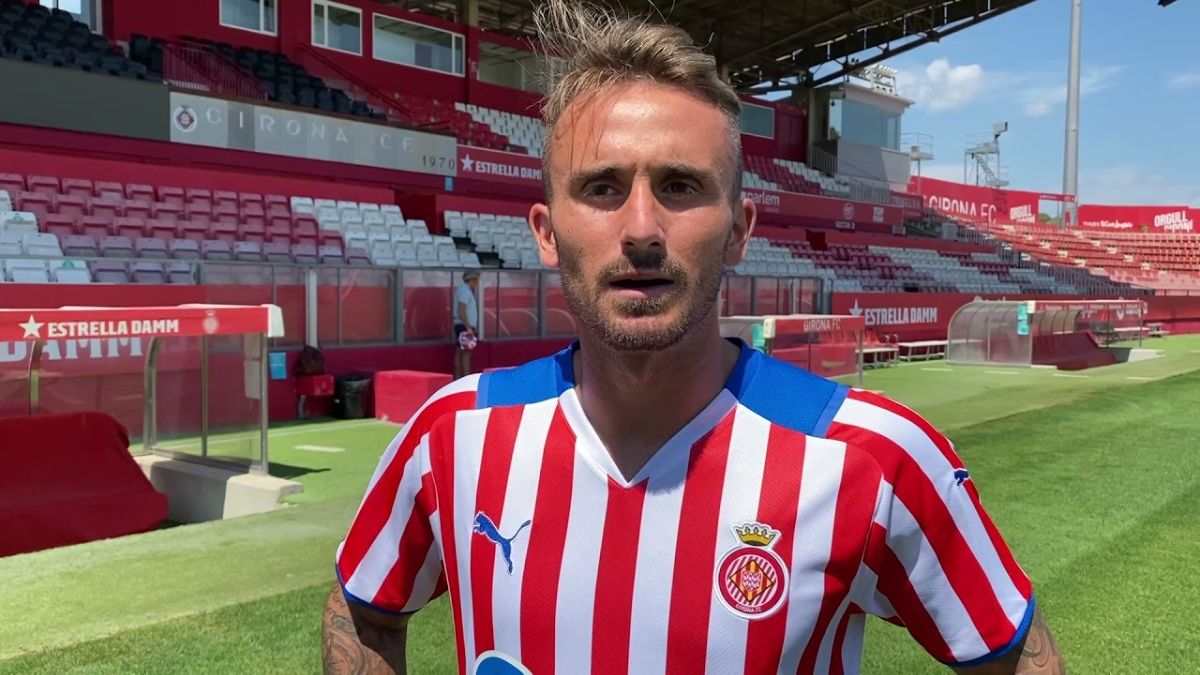 Girona FC is playing decent football this season and Aleix Garcia might be the reason for that. The 25-year-old Spanish midfielder is producing quite good numbers and is on the watchlist of Barca and Atleti. A transfer to Barcelona or Atletico Madrid might not be far away next summer as both clubs are eager to get the Spaniard.

Aleix Garcia has been enjoying quite an impressive season so far establishing himself as one of the solid performers in La Liga. He has already bagged 3 assists for his name in 15 appearances. Now that his contract is close to ending, Barcelona and Atletico Madrid are interested to include him in their respective squads.

While speaking to Diario AS, Garcia welcomes the transfer rumors. He said:

“It is true that there are a lot of rumours, but at the moment I have not received any calls, neither from my representative nor from anyone else. But it is a positive that people are talking about you. It makes me want to continue playing at this level and let the future say what it has to say.”

“I have always said that in Girona I am very content, it is like my home, but it depends on what options may come your way, it’s a very big jump. I am ambitious, I want to continue improving and make the leap to a team like them [Barcelona or Atletico Madrid], of course I would like to.”

Barcelona are desperate to get some midfield reinforcements as Sergio Busquets waning form rises the urge for a defensive or box-to-box midfielder. Aleix Garcia fits their demands and the Catalans will go neck to neck with Atletico Madrid for the midfielder.

With Diego Simeone’s disaster class this season, Atletico are tipped to have a big summer transfer window next year. As Rodrigo De Paul and Saul are likely to depart, the club will like to strengthen their midfield and Garcia can fulfill their demands.