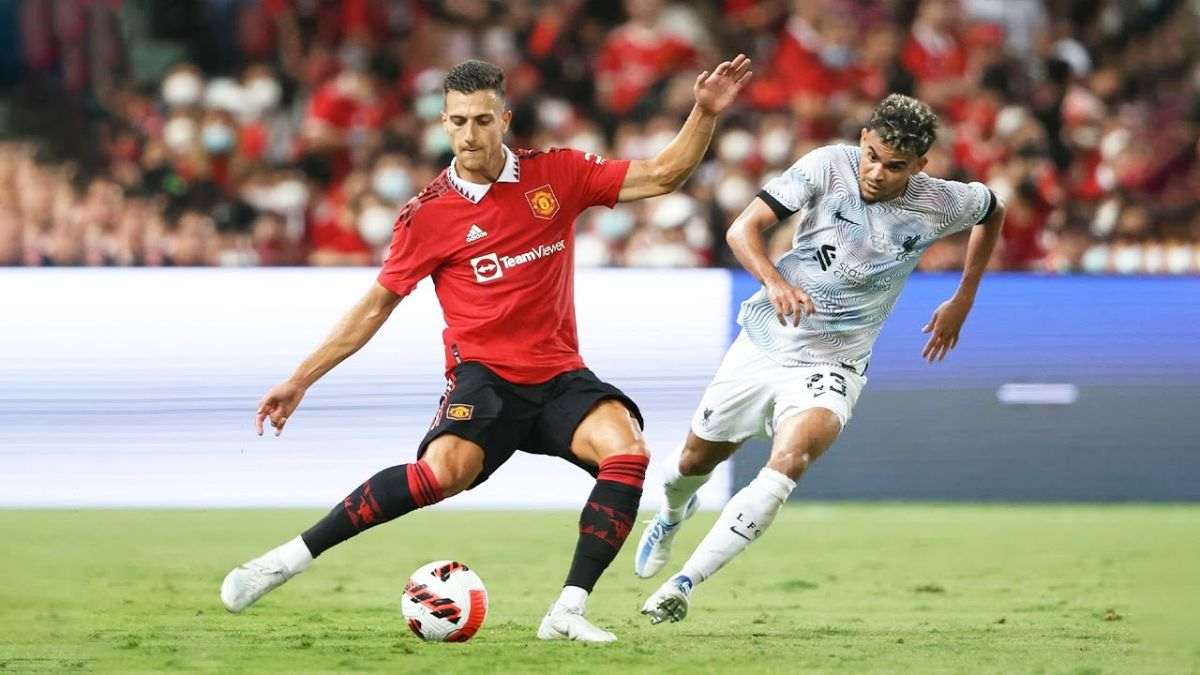 Barcelona and Manchester United are both looking for a proper right-back for quite a long time. Thomas Meunier of Borussia Dortmund was on the watchlist of both of the clubs. But now as per Fabrizio Romano’s claims, Manchester United is expected to go for Jeremie Frimpong while the Catalans are determined to get the Portuguese Diogo Dalot.

Reports from Fabrizio claim that Thomas Meunier has been denied a move from Borussia Dortmund. The problem lies with the club as they are not yet ready to let Meunier leave Dortmund. Meanwhile, Manchester United’s Dalot’s situation is being monitored by the Catalan club. The Portuguese is in tremendous form with the Red Devils this season. Now that his time with Manchester United is about to end, Barcelona will like to grab the fullback for their own.

According to reports from Mundo Deportivo, Barcelona is not satisfied with Hector Bellerin, their new signing. In the past they have played, Araujo, Kounde, and also Balde as a right back who actually plays as a left back. Barcelona’s problems are still present with their defending which especially costs them severely in the Champions League. Hence, they are in series need of proper reinforcement in the right back position.

WHAT DID FABRIZIO ROMANO REVEAL

“The price tag of Frimpong is around €25m, Bayer Leverkusen want to keep the player, so it is not an easy one. But what I can say is that Frimpong would be really keen on the move.”

The Dutchman scored 5 goals with 2 assists in 14 matches. Erik Ten Hag of Manchester United will surely like to sign Frimpong who is expected to boost the attack. He is yet to feature in Netherland’s world cup squad as Denzel Dumfries is prioritized over him in the right.

Manchester United will also like to keep Diogo Dalot along with getting Jeremie Frimpong. This will give flexibility to the squad and make it easier for Ten Hag to switch the team. Meanwhile, Barcelona will also like to monitor Benjamin Pavard as Bayern Munich hasn’t set a clause that may extend his stay for the Bavarians.