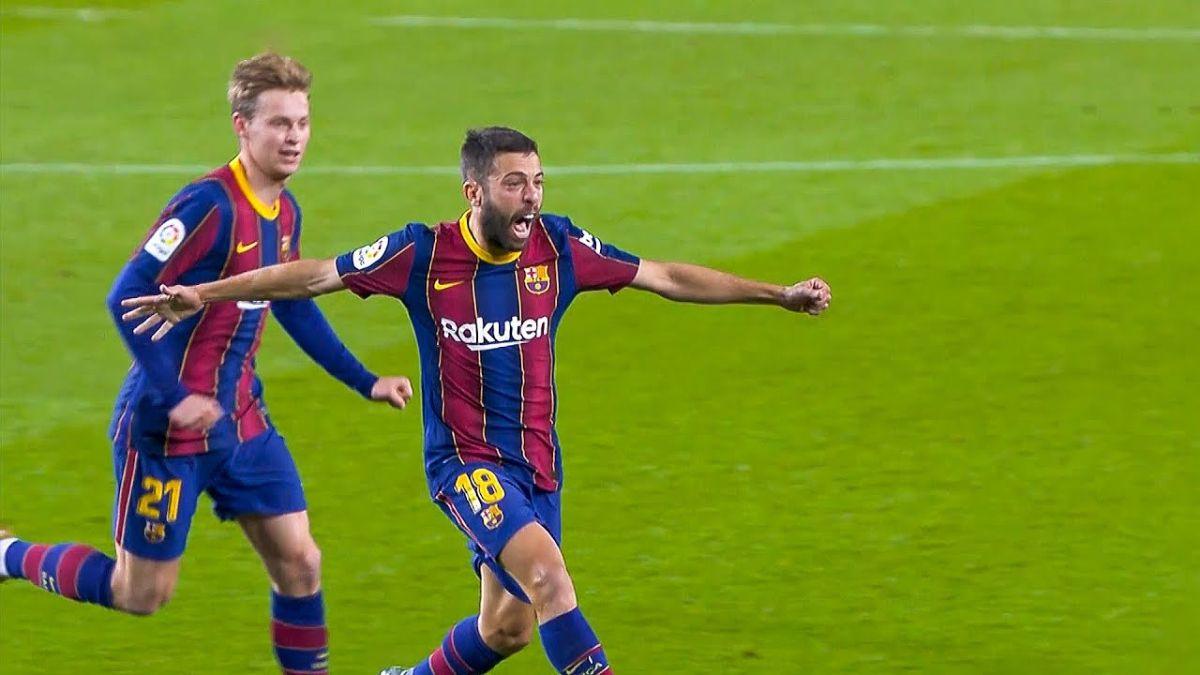 Alejandro Balde has had a meteoric rise at Barcelona this season. The 18-year-old is currently Xavi’s 1st choice left back over the likes of Jordi Alba and Marcos Alonso. He is having an impressive season so far and has started most matches as the left-back. It is pretty astonishing to see an 18-year-old Academy player shutting out the veterans. Kudos to Xavi too as the Spaniard has believed in Balde and stopped him from moving on loan to any other club. Barcelona must be feeling ecstatic as their full-back problems now seem to be sorted.

This breakthrough has also benefited the U-21 Spanish national team. He had a call-up to international duty recently and made an everlasting impression. Balde had a brilliant game against Norway this Tuesday. Luis De La Fuente also praised the Barcelona man and how he has unlimited talent and potential. Jordi Alba is now the third choice for Xavi. The 33-year-old has faced a lot of criticism for his defending which has pushed him behind. Balde and new signing Marcos Alonso are getting the minutes between themselves. This has left Alba in frustration who had offers from a lot of clubs in the summer.

As for Balde, he has got 3 assists in La Liga and there is a lot riding on him this season. The teenage prodigy has a long and assured future at the club if he keeps on going in the same direction. It is also notable that he is currently starting over Alba and Alonso, 2 experienced veterans. It says a lot about Xavi and how he believes in Balde’s talent. Barcelona have really struggled on their left side defensively in recent seasons. As good as Jordi Alba is going forward, he is very suspect in defense which has eventually led to Balde’s discovery. Fans are willing to see the teenager start and feature for the team again.

Juventus interested in the January move for Jordi Alba

It is fair to say Juventus have had a bad start to the season. The old Lady are struggling as all can see and changes are inevitable in the squad. It feels like the current players are just not cutting it and fresh players should come. One of the main problems for Juventus is their full backs who are not that versatile going forward and also poor defensively. This was visible in pre-season against Barcelona when Dembele dazzled the likes of Sandro and Cuadrado.

Jordi Alba is the one that Max Allegri is trying to bring to the club. The 33-year-old has still got plenty of football left in him and can give 23 great seasons to the Bianconeri. It will be quite a statement if Alba can join the Serie A giant and help them reclaim the title. He is not starting many matches for Barcelona and a move away might just be the solution for Alba.