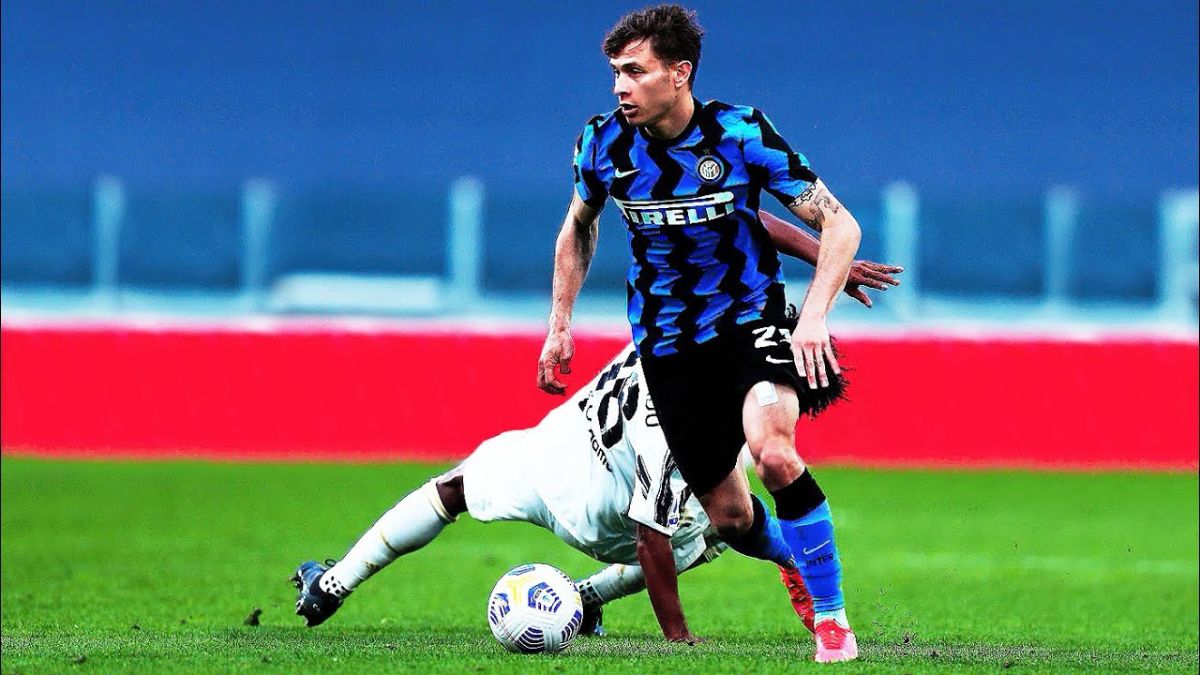 Italian midfielder Nicolo Barella endured a difficult last season both at the club as well as international level. The Inter Milan man is taking his vacation to reflect upon last season and restore his body for what promises to be another difficult season. The 25-year-old had a productive individual campaign as he contributed to a combined 17 goals and assists as Inter Milan lifted the Coppa Italia and Supercoppa Italiana.

But all things did not go in their favor as AC Milan clinched the Serie A on the last day of the season. This has angered the Nerazzurri who are out for revenge in the next season. They will be looking to dethrone their capital rivals off the title and also be looking to go further in the Champions League. The former Italian champions went out at the hands of Liverpool.

Inter slowed down in the second half of the season and Barella’s fatigue could be noticed. The midfielder played for a total of 3934 minutes with next to no recovery. But Barella is looking to turn on the engine for next season having had an extended break from football. The international duty also was no good for him as Italy missed qualification to the WC 2022 and also lost the ‘ La Finalissima ‘ to Argentina.

There were moments of Humiliation for the Italian as he missed the tie against Liverpool as Inter got out. Barella is looking to build on last season’s exploits in Europe’s top competition and go even further. He will be extra motivated knowing that Romelu Lukaku has returned to the club. Inter are also looking to bring in new reinforcements. It really looks like they are going to go for all next season and Barella will be vital in that.

Barella eyed by Liverpool And Madrid

Nicolo Barella’s fine form has attracted interest from various big clubs from Europe. Liverpool have targeted the Italian for a while but Champions Real Madrid have jumped in to sign the Italian.

Liverpool are willing to offer cash plus Naby Keita in exchange for him. Real Madrid are reportedly willing to make cash plus Nacho and Dani Ceballos deal. Inter will be looking to keep Barella whatsoever with his current contract ending in 2026. But it would not be an easy task as the Italian is a hot prospect in world football.