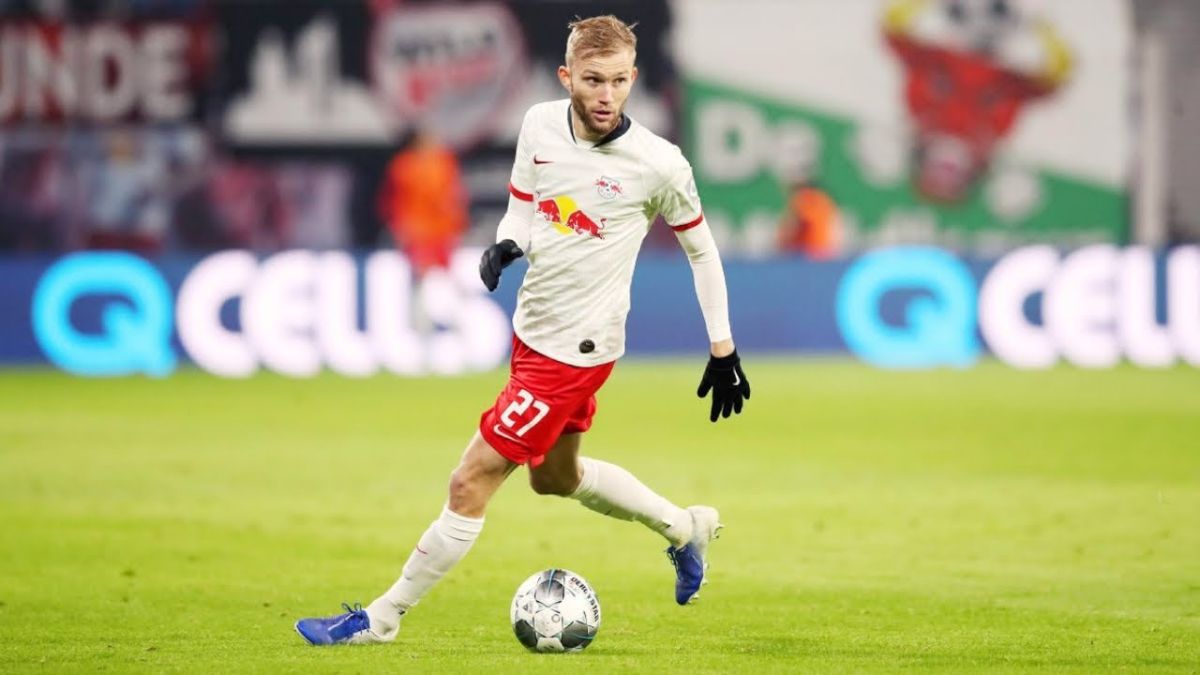 Bayern Munich are expected to complete a deal for RB Leipzig midfielder Konrad Laimer. The versatile Austrian played in 6 different positions during his 167 appearances for Leipzig. Now it seems like his contract has 12 months left to expire and Bayern is almost done with the deal on Laimer. The 25-year-old only was able to start in 6 matches for Leipzig this season due to a knee injury. Nevertheless Julian Nagelsmann, the former Leipzig boss has been heavily interested in Laimer.

According to a report, Laimer is all set to depart for Allianz Arena by the end of his contract in June. A journalist revealed on Twitter:

“He is on verge to join Bayern in summer! Verbal agreement in total but no medical yet. Signing in 2023. He will get a long-term contract. At least until 2027. Absolutely desired player! Versatile use (central/right), pressing machine, mentality!”

Bayern has a lot of midfield talent in their squad and it will be tough for him to get a place in the starting XI. But his versatility will fulfill the need for Bayern as he can replace Benjamin Pavard if needed who is set to leave Munich this summer.

Liverpool was also a club who were interested in Laimer and their need for midfield urged them to go for the Austrian. But they are already aware of the Bavarians already going all out for the midfielder. Bayern is trying to negotiate a deal for a cut-price fee in January in a bid to boost their mixed campaign.

Bayern is now at the top of the table even after a comparatively slow start and will also face PSG in their round of 16 fixture in the Champions League. Meanwhile, Laimer will like to play for the Bundesliga giants once his contract ends.