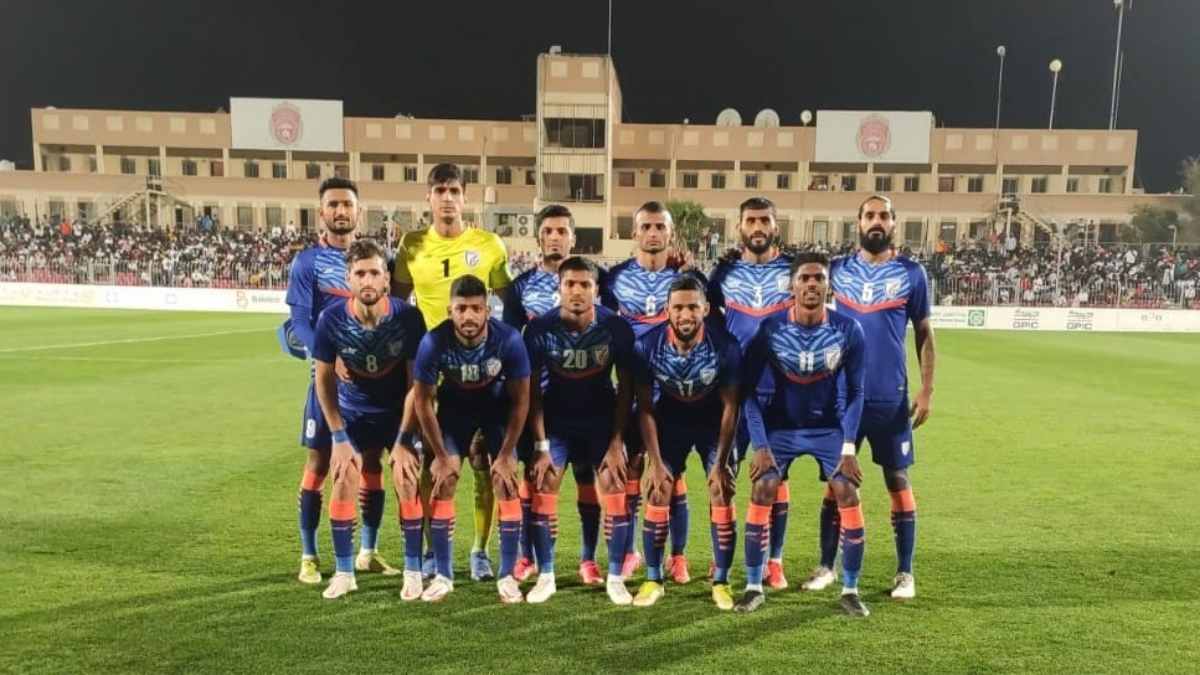 Goals from Mohqmed Hardan and Mahdi Humaidan in either half sealed it for Bahrain, even as Bheke’s powerful header – his first international goal – had helped India restore parity in the 56th minute.

Earlier in the first-half, a dominant Bahrain were almost off to a perfect start as they earned a penalty in the 6th minute when Mohamed Marhoon’s shot hit Sandesh Jhingan’s hand at the edge of the 18-yard box. But goalkeeper and captain Gurpreet Singh Sandhu anticipated correctly, diving down to his left to palm off Mahdi Humaidan’s penalty.

India tried to regroup and in the 10th minute, Liston Colaco intercepted the ball in the midfield and tried to run between his two markers. But the rival midfield was quick to react, and thwart him.

Six minutes later, the Bahrain forward line, playing it quick among themselves, broke free but Mahroon’s shot crashed off the bar. The rebound did fall to an unmarked Humaidan but in his haste, he smashed it over.

India had their first shot a few minutes later as Manvir Singh did meet Rahim Ali’s cross but the former’s header was off target.

India earned their first corner in the 29th minute when Liston, taking down a long ball from Sandesh, sped down the left flank past his marker only for the rival defence to intercept his cross, and clear it for a corner. Two minutes later, Rahim Ali was brought down as India earned a free-kick in the rival half. But both the chances weren’t able to create any impact.

The Blue Tigers survived a scare in the 35th minute when Marhoon squared it to Humaidan, who laid it for Komail Alaswad who failed to hit the target.

The miss didn’t prove too costly for Bahrain as they surged into the lead the very next minute. Mahroon took his time and floated it into the box for Mohqmed Hardan to volley it in, as the hosts headed into the interval with a solitary goal lead.

Changing over, Stimac brought in debutant Roshan Singh in place of Liston Colaco, and he almost scored with his first touch in international football as he tried to meet Rahim’s cross on the half-volley.

The second substitution came in the 56th minute – Anirudh Thapa replacing Suhair. India earned a corner almost immediately, and it brought their equaliser. The corner was played short, and Roshan floated it viciously behind the rival defence and the goalkeeper for Rahul Bheke to head home powerfully – his first goal in international football.

With India having started off the blocks faster in the second-half, Bahrain in their attempt to pull it back played an aerial ball to Humaidan inside the box. But even as he tried to meet it, the ball stayed out of his reach.

A double substitution came in the 79th minute – Yasir Mohammad, and Aniket Jadhav coming in for Danish and Rahim respectively.

The match-winner came as late as the 88th minute — Humaidan making amends for his penalty miss to win it for Bahrain when he ran onto a cross from the right to put it in.

India next play Belarus in another international friendly on March 26.