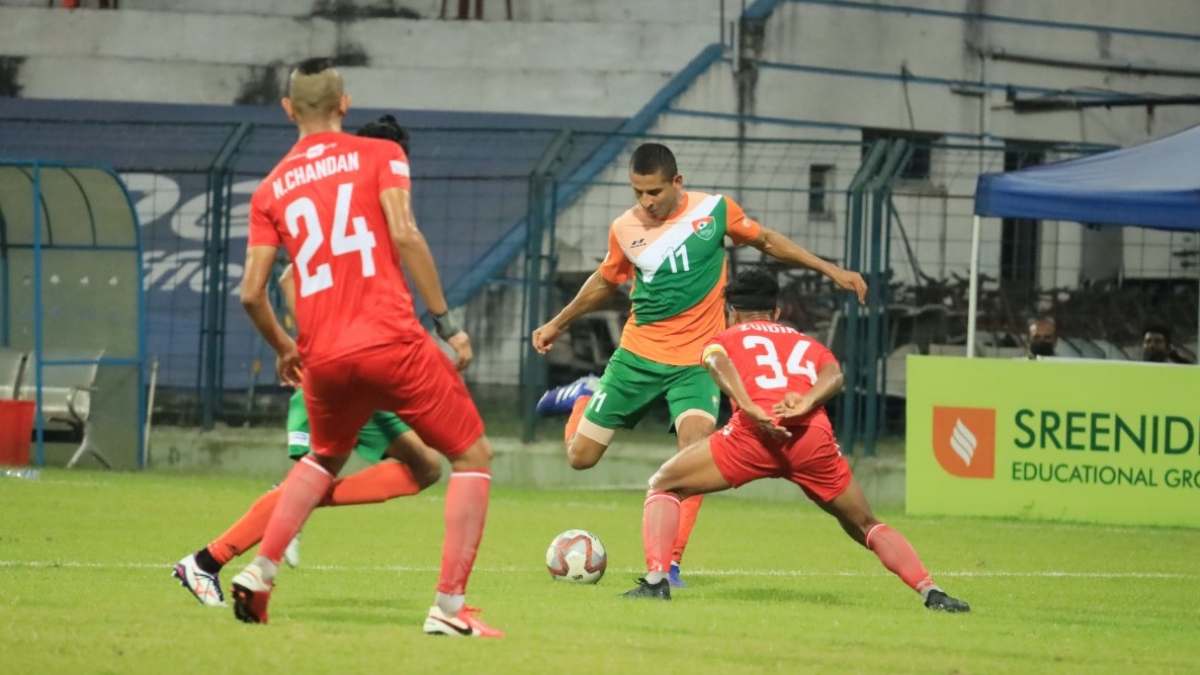 KALYANI: Sreenidi Deccan FC clinched three points as they defeated Sudeva Delhi FC 1-0 in their Hero I-League 2021-22 match at the Kalyani Stadium on Sunday.Sreenidi Deccan built on their 2-1 win against RoundGlass Punjab FC and climbed into the top four with this win. On the other hand, Sudeva Delhi players would be feeling unfortunate, losing another game on the bounce after a dramatic loss against Aizawl FC where they conceded two goals in stoppage time.

The game began with Sudeva Delhi FC playing a high line and trying to press the Sreenidi Deccan players. Sudeva got a corner early on in the 4th minute, William Pauliankhum took it quickly from the right but the attacker was in an offside position.

William was again involved in a good play as his left-footed shot went just past the post in the 15th minute. Both teams were trying to play intense possession-based football but it was Sudeva Delhi who had the better chances early on.

The first goal of the game came through David Castaneda for Sreenidi Deccan after he smashed in a close-range in-swinger from a set-piece in the 39th minute to give his side the lead.

In the final minute of the first half, Sudeva Delhi players surrounded the referee after a foul. After another heated discussion, Sairuatkima was shown the red card, leaving Sudeva Delhi FC with just 10 men on the pitch for the second half.

Sreenidi Deccan FC used their one-man advantage from the start of the second half. They were constantly putting pressure but unfortunately, weren’t able to double their lead. Sudeva Delhi had a great chance to equalize in the 54th minute through Souvik Das, but he just missed by a few inches.

To solidify their position in the game, Fredsan Marshall replaced MC Malsawmzuala in the 57th minute for Sreenidi. Sudeva also made a change in the 61st minute as Chesterpoul Lyngdoh came in for Souvik Das.

Both the teams made double substitutions around the 70th-minute mark. Samad Ali Mallick and Shibil Muhammed were sent in by Sreenidi, while Basit Ahmed Bhat and Lunkim Seigoulun Khongsai arrived for Sudeva FC.

Lal Chungnunga hit an audacious shot from outside the box, looking to double Sreenidi’s lead in the 84th minute, but was denied by an equally good save from Sachin Jha.

It was end-to-end in the final few minutes as both the teams tried to get a goal late on but weren’t able to score. Sreenidi were well in control of the game as the referee blew the final whistle.