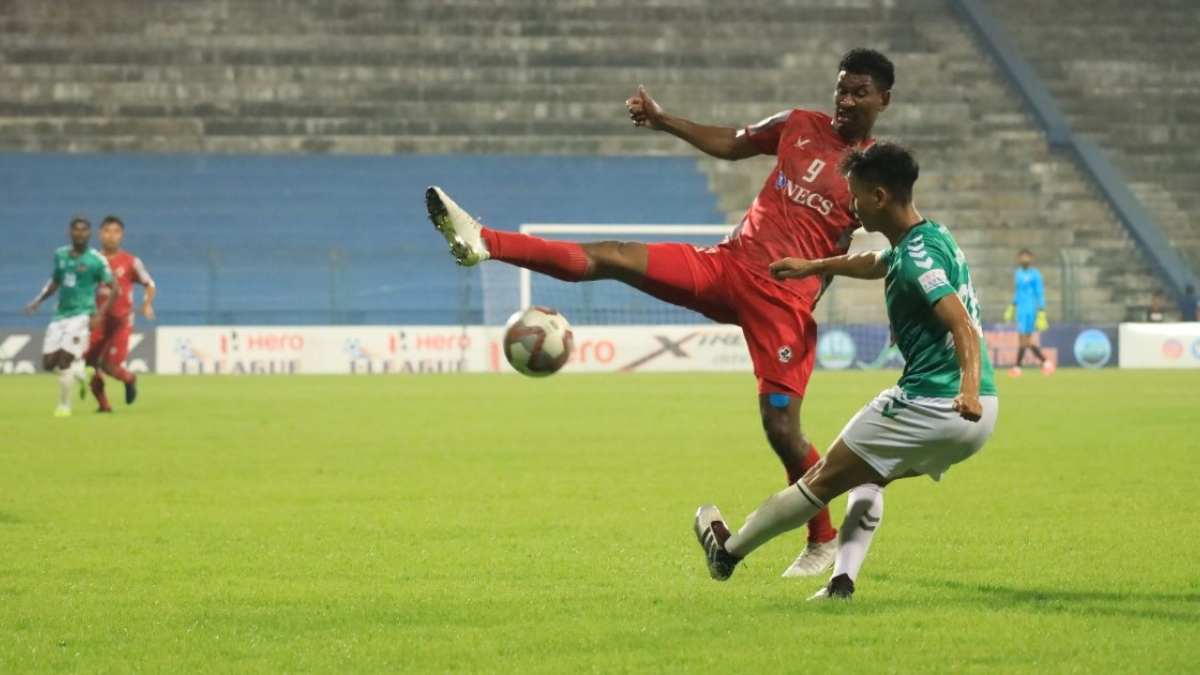 KALYANI: A ferocious strike from substitute Ramhlunchhunga that arrowed into the roof of the net secured a slender 1-0 victory for Aizawl FC, as they locked horns against Kenkre FC in match 44 of the Hero I-League in Kalyani on Monday. The win adds momentum to Aizawl FC’s push for a top 7 finish in the first phase of the Hero I-League 2021-22.

Kenkre FC had the first big chance of the match in the 6th minute. A long pass played out from the back opened up plenty of space on the left flank for Aravindraj Rajan to run to the byline and deliver a cross inside the box. Pravitto Raju arrived into the box, but could not redirect the ball into the net as he got beaten by the pace of the cross from Rajan.

In the first quarter of an hour, Aizawl FC dominated possession and tried to move their opponents around on the pitch, while Kenkre FC adopted a more direct approach and looked to use both flanks to launch quick counter attacks at pace. In the face of such contrasting styles of play, there was no clear indication as to which of the two sides would open the scoring, as they both had half chances that could have been converted on another day.

With the sides level after the first half, Aizawl FC grew more dominant in the second period and grabbed a hold of the contest by depriving their opponents of substantial spells of possession.

When the first breakthrough of the game finally came the way of Aizawl FC in the 74th minute, it was well worth the wait. After a spell of pinball around the Kenkre FC box, Dipanda Dicka eventually brought the ball down. With his back to goal, the striker laid the ball off for Ramhlunchhunga, who unleashed a first-time shot with his left foot that thundered into the back of the net, leaving goalkeeper Tenzin Samdup grasping at thin air.

After securing the go ahead goal, it was a case of seeing out the remainder of the match without taking undue risks for Aizawl FC. The 2017 Hero I-League champions continued to control the bulk of possession and impose their tempo on the contest, leaving coach Akhil Kothari’s Kenkre FC side visibly frustrated.

The win takes Aizawl FC’s tally to 9 points, where they find themselves level with Real Kashmir and Rajasthan United FC. Meanwhile, Kenkre FC are languishing at the bottom of the league table as they remain in search of their first victory in their debut Hero I-League campaign.