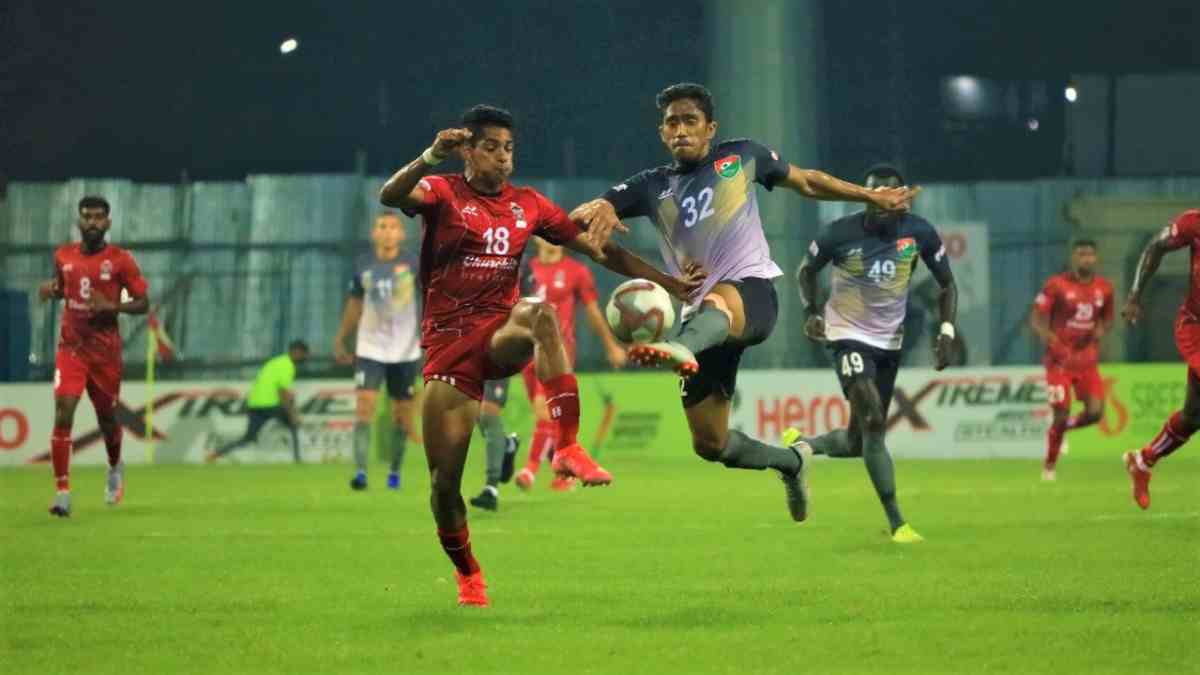 KALYANI: Churchill Brothers FC Goa on Monday held Sreenidi Deccan Football Club to a 1-1 stalemate in the final contest of the day at the Kalyani Stadium in Kolkata, courtesy of goals from Vineeth Kumar Velmurugan and Komron Tursunov for their respective sides.

Sreenidi Deccan started the match with high intensity as they started putting pressure on their opponents from the very first minute of the game.

Rosenberg Gabriel was the most notable player from the Vizag-based team in the beginning as he kept bettering the opposition defence with his trickery. He was trapped offside in the second minute of the game and three minutes later was launching their attack at the left hand. And, though, he failed in breaking the deadlock, he frustrated their rivals.

Vineeth Kumar Velmurugan finally broke the deadlock in the 16th minute by chipping it over Shilton Paul. It must be mentioned that he was aided by a defensive howler from Churchill Brothers. Five minutes later, Vineeth had the opportunity to double their lead. But, he lost his one-on-one duel with Paul.

Komron Tursunov almost levelled the score in the 27th minute after a very good combination play with Kenneth Ikechukwu, but, his shot was blocked by rival goalkeeper Shibinraj Kunniyil.

The Red Machines started the second half on the front foot by picking up back-to-back corners. In the 53rd minute of the game, they created yet another opportunity via a cross from Bryce Miranda, but, it was cleared by Hamza.

Sreenidi Deccan made a double substitution in the 56th minute as Girik Khosla came in for Vineeth while Fredsan Marshall replaced Gabriel.

Quan Gomes made an incredible attempt for his side in the 58th minute from outside the box, but it was saved by Shibinraj.

Tursunov levelled the contest in the 60th minute by scoring with a volley. He was assisted by Miranda, who made a good individual run across the goal line before passing the ball to the Tajikistani forward.

Five minutes later, David Castaneda almost put his side one up again, but his shot was saved by Paul.

Churchill Brothers upped the ante as the game reached the final 10 minutes of the regulation time as they eagerly searched for a winner. And, they almost got one in the 86th minute through Tursunov, who was the standout performer for his side in this game.

Six minutes were added in the end as both sides continued their search for a winning goal. However, in the end, they had to settle for a draw.