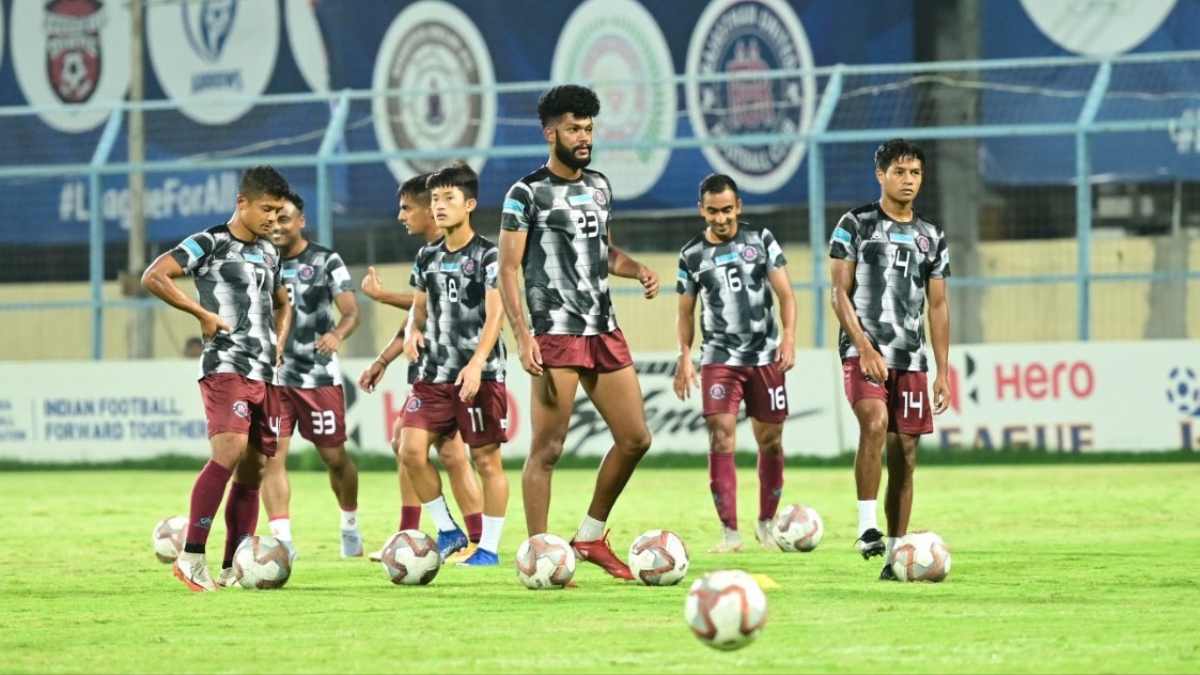 KOLKATA: The second day of Gameweek 10 in the Hero I-League 2021-22 features a feisty clash between confident Rajasthan United FC and the table-toppers Mohammedan Sporting Club. The newly-promoted team are coming to the match high on confidence with a comprehensive victory over TRAU FC while the Black and White Brigade are coming fresh after a break in the previous game week.

The game will take place at the Naihati Stadium at 5.05 PM on Wednesday, March 6, 2022.Rajasthan United FC head coach Francesc Bonet is confident as they are improving after each match. “As we have a few good results, we are confident in our abilities. We drew quite a few games. We will not change our mentality irrespective of any opponents. Hopefully, we can get more positive results in the coming matches,” he said.

Captain Abhishek Ambekar feels the players are well prepared and looking forward to the match. “It’s a big match for us. They have quality players. We are well prepared and motivated. We want to stop them. Hopefully, we can get all three points,” the left-back mentioned. Talking about the opponents, Bonet is confident and unfazed.

“Mohammedan Sporting are the biggest club in the Hero I-League. They have so many qualities. We have to play as a team. We are also improving in the attacking third. I hope it will be a great match for the fans to enjoy,” he concluded.

On the other hand, Mohammedan Sporting head coach Andrey Chernyshov wants to continue despite the absence of striker Ismar Tandir. “We are playing well in the last few matches. Of course, we will miss him. Unfortunately, he had to leave us for family concerns. However, we have young players who can step up for the team,” the coach mentioned.

Midfielder Brandon Vanlalremdika accompanied the coach in the pre-match press conference. He said, “We are coming into the match after a win. Rajasthan United FC are a good team. Our players are motivated and prepared. We hope to get all three points.”

Meanwhile, Chernyshov is aware of Rajasthan United’s recent results. “They are a good team. They played very well against TRAU and Gokulam. It will be a difficult game as they can give us a few problems. However, we have good players in all positions. Hopefully, we can get the win,” he concluded.