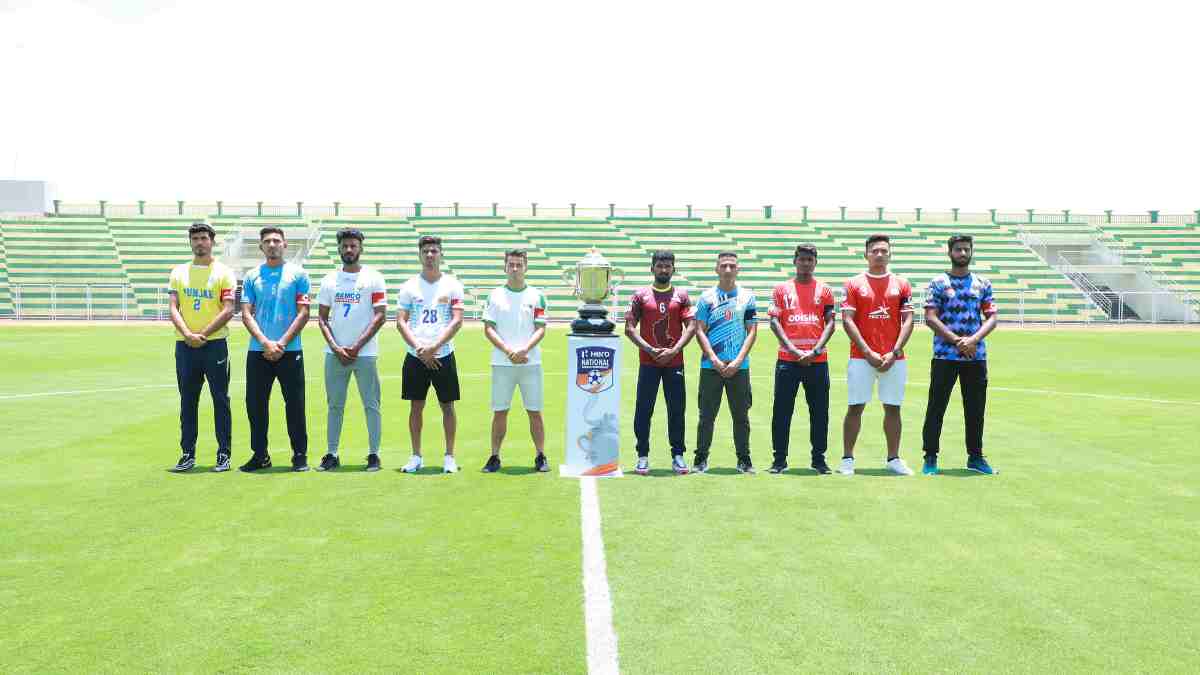 Malappuram, 16 April 2022: As action in Group B of the Hero 75th National Football Championship for Santosh Trophy is slated to get underway on Sunday, defending Santosh Trophy Champions Services will step out to defend their crown in their Group B opener against Manipur, while Odisha take on Karnataka earlier on the same day. Gujarat rounds up the list of five teams in Group B.

All eyes will be on Services as they take centre stage in their encounter against Manipur at the Payyanad Sports Complex in Manjeri at 8 PM IST. Speaking in the pre match press conference, Services Head Coach Priya Darshan urged his team on to put their best foot forward in their opening match. He said, “We are excited to be a part of the 75th edition of this prestigious competition. Our opening fixture is a tough game against Manipur, but we will look to compete and do our best to get the win and put three points on the board.”

Services skipper Sergeant Vivek Kumar accompanied the Head Coach in the press conference. Speaking about his team’s preparation, he said “We have trained hard for the competition and we are looking forward to show our efforts on the field. Manipur is a very tough team to play in the first match, but we are raring to go against them.”

Manipur Head Coach Gift Raikhan remained upbeat as he spoke in the pre-match press conference. He said, “We are really happy to be here for the 75th edition of the Santosh Trophy. Our team is training at its best, and this will be a really good platform for our boys to showcase their talent. It will be a very exciting match up against Services as they are a very solid team.”

In the first match in Group B, Odisha will lock horns against Karnataka at the Kotappadi Stadium in Malappuram at 4 PM IST. Odisha Head Coach Salim Akbar Pathan provided a glimpse into his team’s outlook for the competition in his pre-match press conference. He said, “We are going to take this tournament game by game and every win is going to raise our motivation level. I believe we have the talent to go out there put up an impressive performance.”

Odisha Captain Rakesh Omar added, “I am happy to be here in Kerala. The team has been preparing very hard for the tournament. Playing in front of the crowd and fans will be a happy memory we will have. The lockdown has been hard on everyone so getting back on the field in front of fans is very special for us.”

Karnataka Head Coach Biby Thomas Muttath said in his team’s pre-match press conference, “The players are very excited to play the tournament, especially in Kerala. The support from the fans is incredible and we are waiting to play our first game against a talented Odisha team. It will be a good test for us.”

Karnataka Captain M. Sunil Kumar said, “The team is building up really good momentum ahead of the tournament. Football is a team sport and I believe if we give our best together as a unit then we have a good chance of reaching the top.”

Gujarat will begin their campaign against Services on April 19th at the Kottappadi Stadium in Malappuram. Speaking in the pre-match press conference, Gujarat Head Coach Marcelino Aleixo Pereira said, “Getting qualified for the Santosh trophy was a happy as well as a sad moment for me as our team reached the final round of the Santosh Trophy after 36 years and this is a huge achievement for us. However, there was a hint of sadness because I am from Goa, and we defeated Goa to qualify for the Santosh Trophy.”

Gujarat Captain Brajeshkumar Yadav said, “The Coach has done the impossible for us and we don’t want to let him down at any cost. We want to perform the best we can and work towards our dream of winning this trophy.”