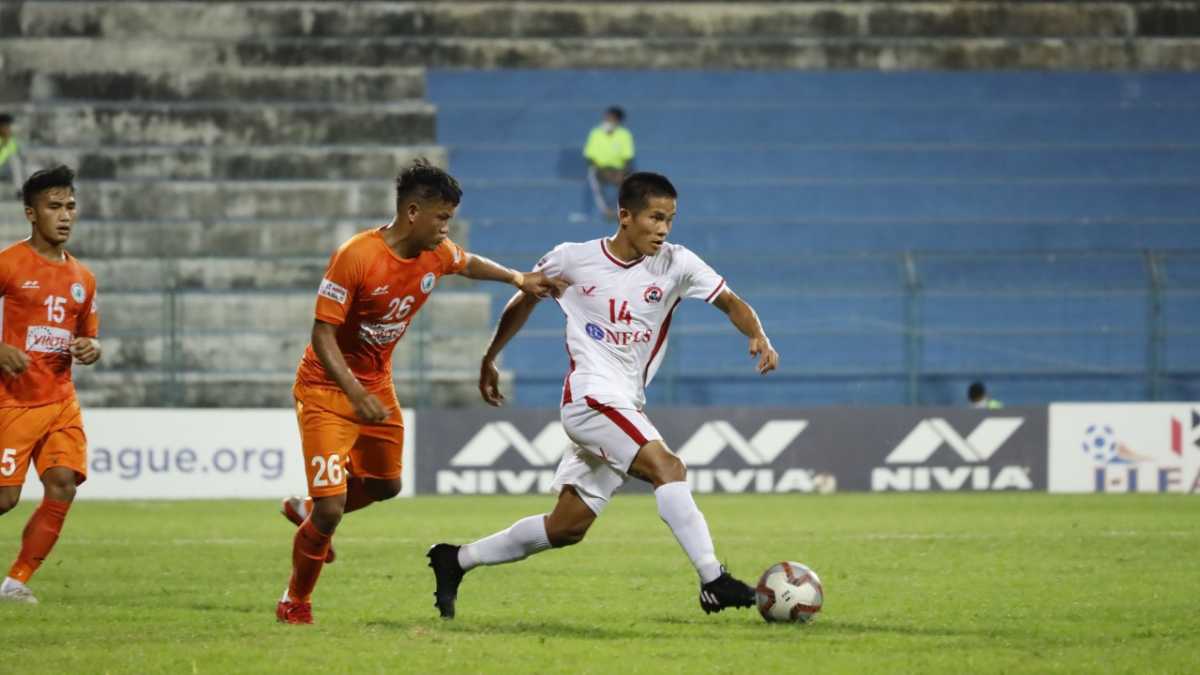 KALYANI: Aizawl FC earned bragging rights in the North East Derby after securing a clinical 2-0 victory against Neroca, here at the Kalyani Stadium. Lalremsanga Fanai’s strike five minutes into the game and Ayush Chhetri’s second-half curler were enough to hand the visitors a crucial victory over their local rivals.

In the opening stages of the game, Neroca were first to register an attack after Sweden Fernandes sprinted into the box but his sliced effort did not bother the keeper and flew wide. Minutes later, the deadlock was broken as Ramhlunchhunga played a beautifully lofted pass towards Lalremsanga Fanai, who managed to knick it past the oncoming keeper to give Aizawl an early lead.

The tempo of the game remained the same even after the opener. Sweden Fernandes posed the biggest threat to Aizawl’s defence as he tried to wriggle past them. Neroca’s front three found it difficult to enter the Aizawl box and hence there were just a few attempts on goal from the edge of the box. Khaiminthang Lhungdim smashed the ball towards the top-right corner but it was saved comfortably by keeper Anuj Kumar.

In the closing stages of the first half, the front-two and wingers of Aizawl played quick passes amongst themselves, catching the Neroca defenders off-guard. However, the sublime passing couldn’t manifest into a goal because of poor final touches. Fanai came very close to doubling the lead but was brilliantly denied by Dhananjoy Singh who came sliding in to deny the striker.

Another Neroca long ranger was unleashed by Sweden Fernandes from the left and this time the keeper spilled it but heaved a sigh of relief as it rolled away from the face of the goal. In the final few minutes of the first half, Aizawl showed their defensive prowess as crucial tackles from Vanlalnghenga and Primus kept the hosts at bay.

In the second half, Aizawl stepped up their game. In the opening few minutes, they unleashed quick attacks but all were dealt with by the Neroca defense. Just as Neroca were trying to gain momentum, Ayush Chhetri waltzed in from the left flank and curled one into the top-right corner from the edge of the box, establishing a two-goal cushion in the Derby. This was only his second goal of the season.

The momentum shifted and Aizawl were on the attack. Neroca keeper Shubham Dhas denied Lalmuanpuia and Lalhlansanga to avoid humiliation. Dhas saved Lalmuanpuia’s free kick and then went on to push Lalhlansanga’s long-range piledriver onto the crossbar.

Tempers flared in second half stoppage time when Sergio Mendigutxia was unhappy after play was stopped because Anuj Kumar went down off the ball. Neroca FC were put out of their misery shortly after the incident as the referee blew the whistle for full time.

A crucial victory for Aizawl has lifted them up to eighth in the table. Neroca, who had the opportunity to go third tonight, stay fifth. Aizawl now find themselves just one point off the final Championship playoff spot, currently occupied by Rajasthan United. However, Rajasthan still have two games in hand.