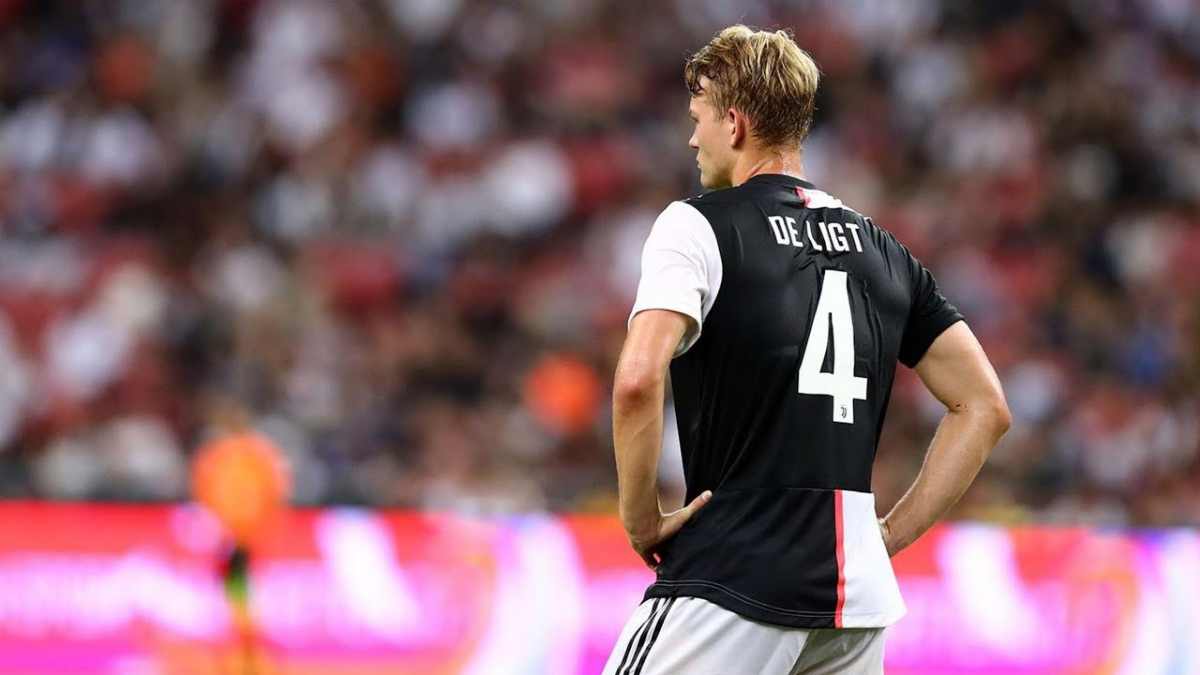 According to Marca, FC Barcelona has shown interest in signing the Juventus defender Matthijs de Ligt. The Catalans are seeing the Dutch international as a young addition to the aging backline of the club.

The Dutchman began his career at Ajax’s youth academy. He made his debut for the Dutch giants in 2016 and soon became a regular in the playing XI.

He played a key role in Ajax’s run to the Europa League final in the 2017/18 season, where they lost to Manchester United. De Ligt was awarded the Golden Boy award that year, becoming the first defender to earn the coveted honor. The next season, he led Ajax to the Champions League semi-finals, but they lost to Tottenham Hotspur.

After his two impressive seasons, Ligt was heavily linked with a move to several of Europe’s elite clubs. With Barcelona and Juventus as one of the favorites to sign the Dutchman. And he chose to move to Italian giants Juventus in a deal worth €75 million.

The 21-year-old took time to settle in Italy but won the Serie A in his first season with the old lady. However, he has been one of Juventus’ key players this season. The youngster established himself as a regular ahead of the likes of veterans Leonardo Bonucci and Georgio Chiellini in the backline.

But the reports emerged that he is not happy playing in Italy and wants a transfer in the summer. Currently, Ligt has three more years left in his contract, and the club is in no hurry to sell him.

Barcelona looks forward to add De Ligt in their backline

Barcelona suffered a bad season after finishing third in the La Liga table. While they were also out of the Champions League in the round of 16. However, they managed to win the Copa Del Rey.

The Catalans lacked a proper backline this season which restricted them from keeping a clean sheet in most of the game. The club is eager to sign two new defenders for Ronald Koeman this summer. They are looking to find a long-term replacement for the aging Gerard Pique and the out-of-form Samuel Umtiti.

Barcelona has already approached the free agent Eric Garcia for a transfer this summer. And it is believed that the Spaniard has already approved the deal and will return back to his roots. He would probably be replacing Umtiti next season in the backline.

And now they have targeted Matthijs de Ligt to replace Pique in the defense for the next seasons. Barcelona have been long interested in the dutchman as they wanted to sign the player in 2019. But the transfer failed as Ligt choose the old lady of Turin above the Catalans.

Barcelona have been monitoring Ligt’s situation for few weeks as the player stated that he is not happy in Italy. The Catalans have seen this as an opportunity and hope that they can land the Dutchman this summer.

However, the transfer may not be happening as Juventus considers Ligt as their mainstay in defense for coming seasons. But the main problem for Barcelona is the cost of the player.

The defender would cost Barcelona €75 million or more than that as Juventus will not let their star youngster leave at a low price. The Catalans cannot afford such an amount following their financial problems due to the pandemic. So, let’s see if they would still go for Ligt or choose a temporary solution for their defensive line.