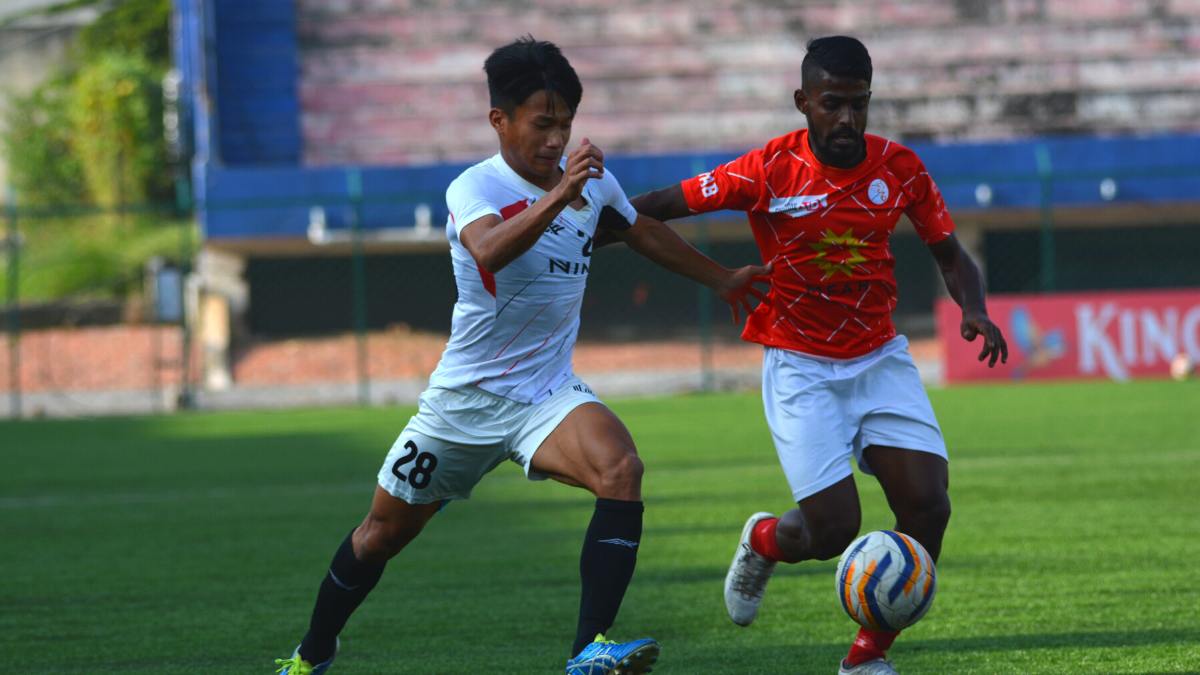 Under cloudy skies, FC Bengaluru United (FCBU) battled hard to record a 1-0 win over Dream United (DU) in their fourth game of the ongoing BDFA Super Division Championship 2021-22 at the Bengaluru Football Stadium. Kynsailang Khongsit (44) was the lone goalscorer for the match as the defending champions notched up their fourth win on the trot.

Both teams began cautiously. FCBU had the early chance – four minutes in, a cross from Khongsit fell neatly in Luka Majcen’s path, but was saved by the DU keeper. FCBU slowly started to build up the pressure, keeping control of possession, but were unable to convert any of the early opportunities, letting go off the ball in the midfield.

Towards the middle of the first half though, the defending champions picked up the pace. In the 34th minute Ronaldo’s shot on goal coming off the back of a perfect set up was dragged just wide of the post. In the 38th minute Chelston Pinto and Majcen combined to score, but it was declared offside. The deadlock was finally broken in the 44th minute –  Aenam G Jurwa adroitly evaded the DU defence, setting up an easy tap in for Khongsit.

The script ran along similar lines in the second half – FCBU created several opportunities and tested the DU defence but were unable to convert. Luka, Aenam as well as Hayden Fernandes and Shelton Paul – who came on as substitutes – pressed hard and created attacking opportunities, but conversion eluded them.

FCBU play their next game against Students Union on 18th November.