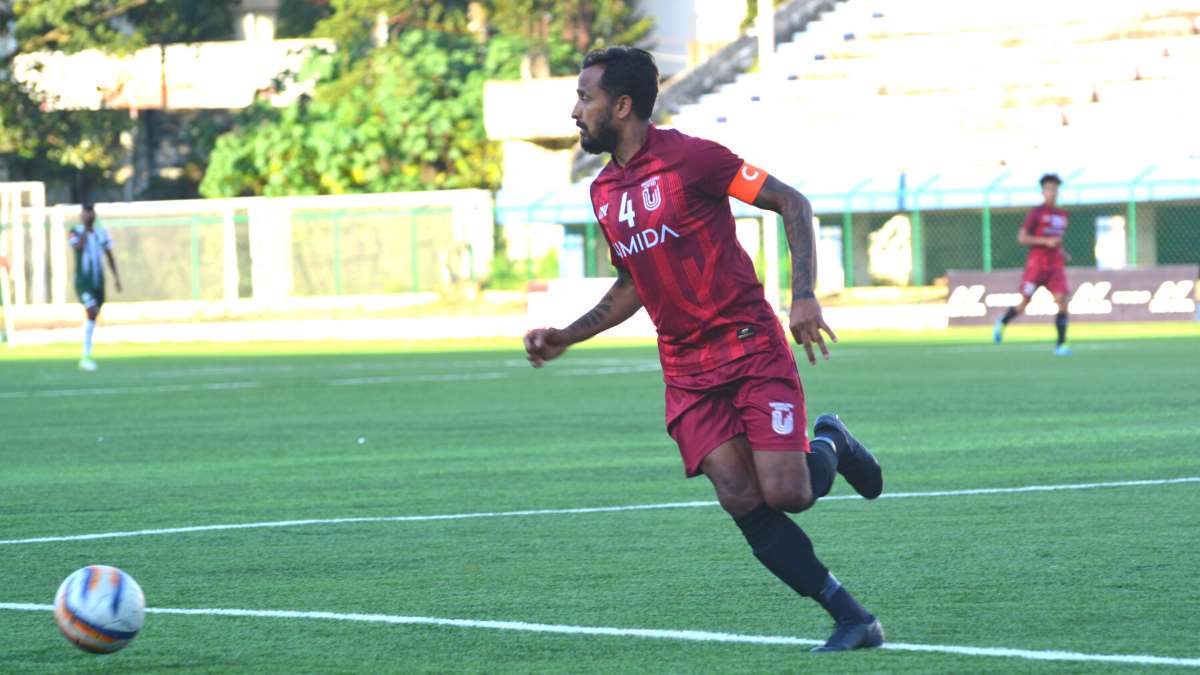 Under sunny skies and in front of cheering supporters at the Bengaluru Football Stadium, FC Bengaluru United carved out a hard-fought 1-0 win over Kickstart FC in what could be a title-defining clash in the BDFA Super Division League 2021-22.

Both teams had their moments in this see-saw game, before Luka Majcen scored in the 82nd minute to give defending champions FCBU a well-deserved win. Both teams were slow to get off the blocks – but they gradually began to up the ante, creating half chances and trying to wrest possession.

Luka, Aenem K Jurwa and Batskhemlang Thangkhiew were bright in attack for FCBU, while James Singh and Kinshuk Debnath were strong at the back. Soon after the water break in the first half, both teams came close to scoring – two chances for Luka Majcen were saved by the Kickstart goalkeeper, while FCBU goalkeeper Srijith put in a spectacular save to keep Kickstart at bay.

Coming out in the second half, both teams went on the attack right away, the game moving from one counter attack to the other. In the 55th minute a corner from FCBU taken by Aenam was set up for Luka but he was unable to see it through.

This was followed by Kickstart failing to make the most of their freekick – as the pendulum continued to constantly swing. FC Bengaluru United were relentless in their charge; in the 76th minute a brilliant corner taken by Bedashwar was beautifully set up for Denil, whose shot just hit the post.

FCBU’s dogged persistence finally paid off; in the 82nd minute, Kynsailang Khongsit’s smartly placed cross to Luka was adroitly controlled by the Slovenian striker and finished off in a thumping goal.
A thrilling win for FCBU that keeps their unbeaten run intact and sets them up well for the remainder of the tournament.