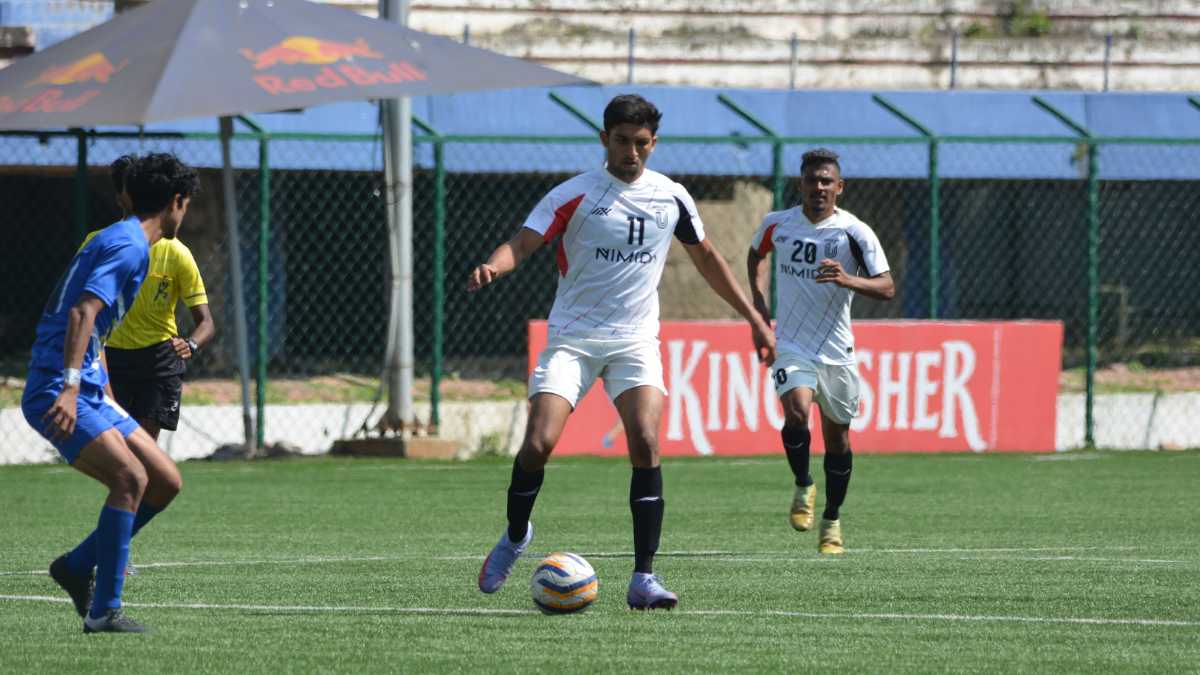 In what was a strong showing of their attacking prowess against spirited Kodagu defence, FC Bengaluru United beat Kodagu FC 4-0 in their fifth game of the ongoing BDFA Super Division Championship 2021-22 at the Bangalore Football stadium. Ronaldo Oliviera (38), James Singh (53), Luka Majcen (65) and Bedashwar Singh (68) were the goalscorers for the defending champions.

FCBU got on the attack straight away, but were kept at bay by a disciplined Kodagu defence. Majcen was especially attacking for the home team, creating a couple of strong half chances. The deadlock was finally broken in the 38th minute – Ronaldo’s first shot on goal was parried away by the Kodagu keeper; Ronaldo though was quick to make the most of the rebound. FCBU went into half-time, clearly with the upper hand. Kodagu, while strong in defence, failed to mount any strong attack, with Kinshuk Debnath holding the FCBU defence together.

FCBU came out looking to attack even more strongly in the second half. In the 53rd minute, James made the most of a strong Aenam G Jurwa run into the box after a free kick to get FCBU 2-0 up. Majcen, who had been on top of his game for most of the match thus far, finally managed to convert a chance in the 65th minute – making the most of a deflection off the Kodagu goalkeeper and adroitly avoiding two Kodagu defenders to score into the open net. Three minutes later, Kynsailang Khongsit took a shot on goal off a Ronaldo cross that deflected and landed neatly in front of an open net for Bedashwor Singh to get FCBU 4-0 up.

In the 84th minute Kodagu were awarded a penalty, but the chance was saved by the diving FCBU goalkeeper Kunzang Bhutia.

Apart from the strong all-round show, another highlight of the game was the debut of United Pro Football School graduate Aditya Kalasur. The youngster shone in the central midfield and even had a couple of half chances.

This is FCBU’s fifth win on the trot in the tournament.