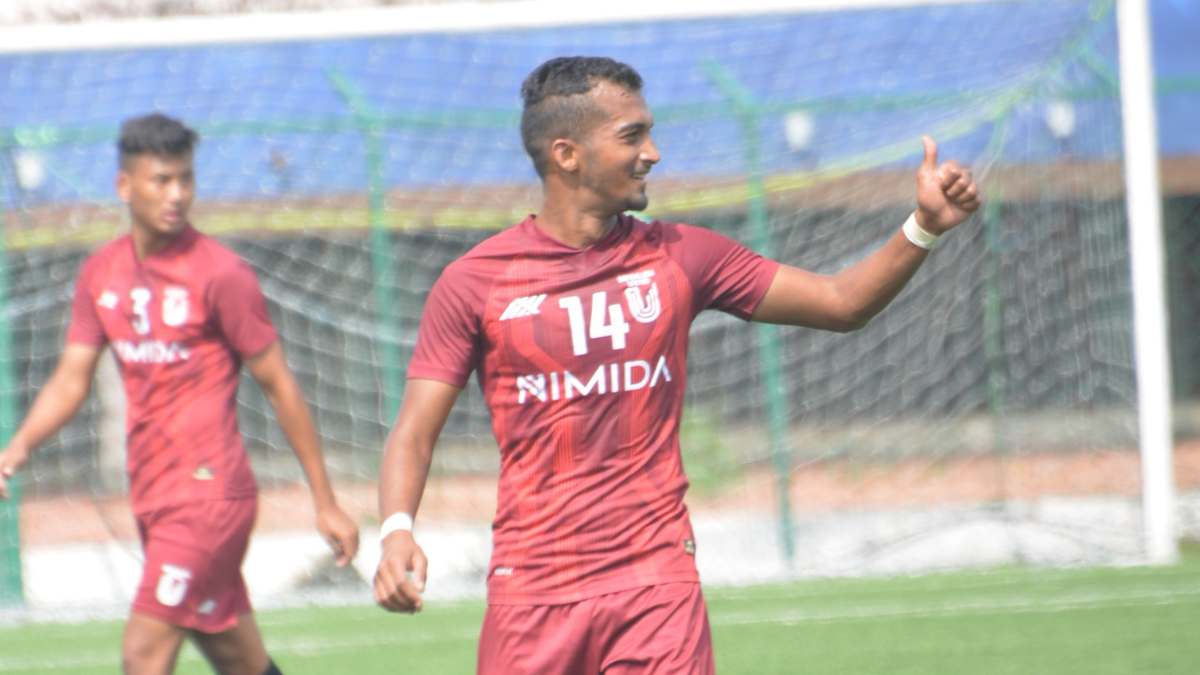 Defending champions FC Bengaluru United put on a stellar display to beat MEG 3-0 in their third game of the BDFA Super Division Championship 2021-22 at the Bangalore Football Stadium. Luka Majcen scored a brace (50, 70) and Aenem G Jyrwa chipped in as well (24) as FCBU kept up the momentum from their previous game to record their second consecutive win in the tournament.

FCBU made an aggressive start, testing the MEG defense from the get go. The first ten minutes saw FCBU consistently in MEG’s half, creating half chances through corners and free kicks and MEG had to work hard to keep FCBU’s headers out. The deadlock was broken in the 23rd minute – a strong counterattack by Luka Majcen saw him wrest the ball from the MEG midfielders and pass it on to Ronaldo Oliviera.

With a series of deft touches, Ronaldo dribbled past the MEG defense to square it across the box to Aenam who tapped it in neatly to get FCBU on the scoreboard. FCBU kept up the pressure right through the first half, consistently attacking the goal. MEG slowly picked up the pace as well towards the end of the first half, but the FCBU defense held strong to keep them at bay.

FCBU began the second half on a strong note creating a chance within the first five minutes of resumption. A cross from Ronaldo in the wings was headed by Luka towards the goal only to be carried away by the MEG defender for a handball. FCBU were awarded a penalty that was cleanly put away by Luka to put FCBU 2-0 up in the 50th minute.

Despite being 2-0 up, the defending champions didn’t get their foot off the pedal – in the 70th minute Subash Singh, who came in as a substitute in the second half, crafted a strong run right to the box setting up Aenem, who smartly back flicked the ball to Luka for the Slovenian to score his second goal of the game.