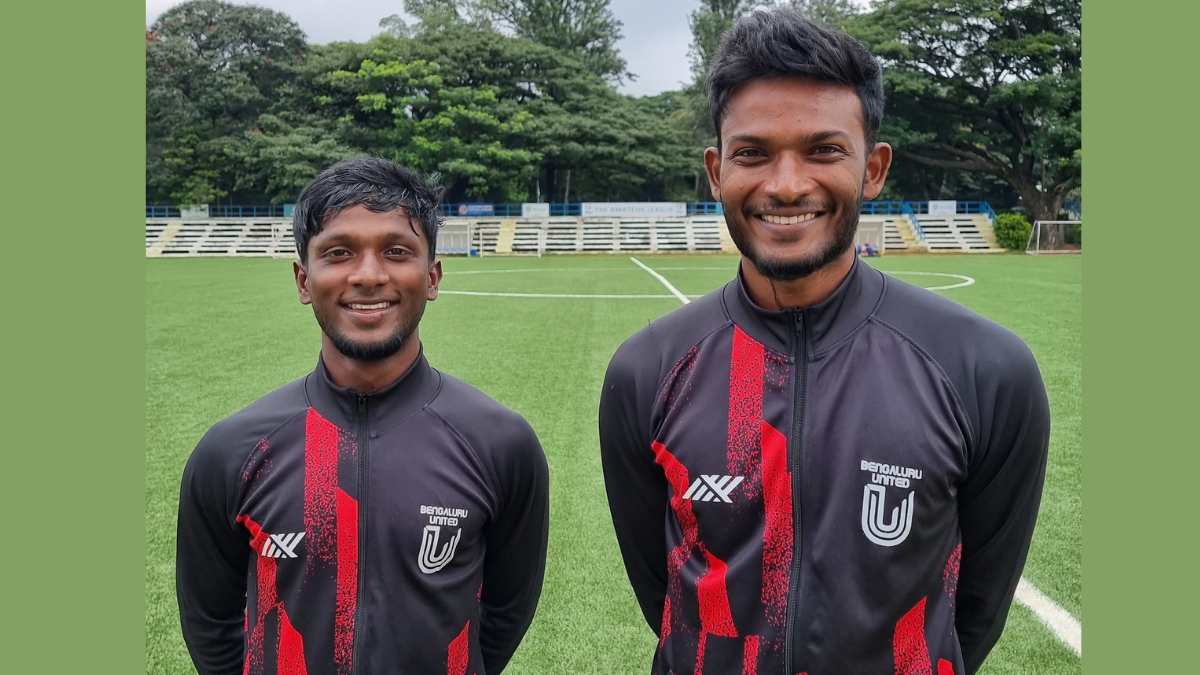 FC Bengaluru United youngsters Shelton Paul and Srijith R have been selected to represent Karnataka in the 75th edition of Santosh Trophy that began earlier this month. The Bengaluru-based club has garnered a reputation for bringing in and signing talents who are touted to be long-term prospects from the state.

Shelton, who is a winger, and goalkeeper Srijith will be keen to make an impact in the Santosh Trophy, one of the premier domestic tournaments in the country. In a recent interaction, the duo spoke on how their time at FC Bengaluru United has helped them grow as players and how they are looking forward to carry their learnings into the historically rich tournament, which traces its origins to pre-Independence India.

“I would like to thank FC Bengaluru United for believing and showing faith in me and signing me up, Working with Richard Hood sir (Head Coach) has been a great opportunity. He has pushed me hard both on and off the pitch. This has helped me improve all around as a player and I am looking forward to representing my state.” Shelton said.

FC Bengaluru United, the BDFA Super Division League defending champions recently played in the I-League qualifiers, and were also invited to participate in the iconic Durand Cup. Competing these tournaments has helped the 22-year-old Shelton gain some vital experience.

“During those tournaments, I learned many things from the more senior and experienced players. They had a very positive impact on me and helped me grow as a player.”

For Srijith, playing in the tournaments was an “inclusive learning experience”. “I personally took home immense tactics and game-ways from Kunzang [Bhutia] – pressure management, the way he was a rock for our team till the semis moved me and sharing a position with a player like him has helped me develop my skill set. When you share a team with numerous experienced players who have played on an international level too, you tend to pick on their mindset and the knack of reading every opponent which is a huge requirement as a goalkeeper.”

Karnataka opened their Santosh Trophy campaign with a sparkling 4-0 win over traditional rivals Tamil Nadu. “We take one game at a time and hope the results favour us,” said Srijith.