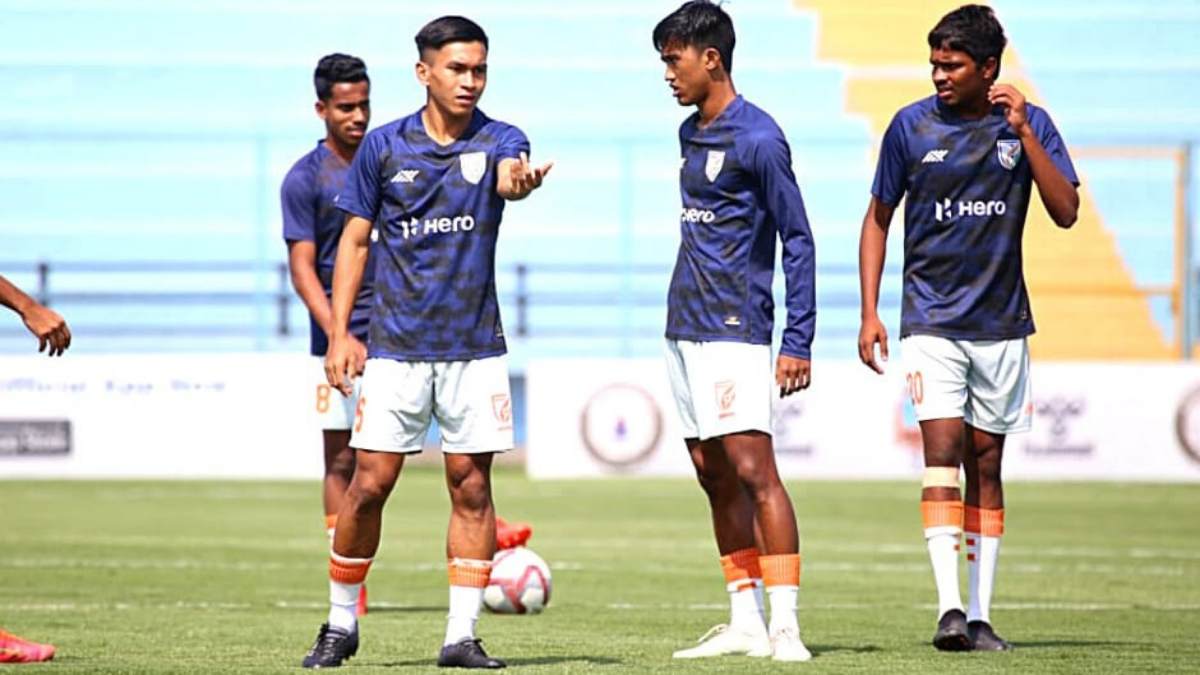 After suffering a heavy defeat in their last game, the young Indian Arrows will be looking to get back on track against Francesc Bonet’s Rajasthan United FC. The Hero I-League Qualifier champions are coming into the match after a goalless draw with Sudeva Delhi FC. Naihati Stadium will host the game at 2.00 PM IST on Wednesday, March 16, 2022.

Indian Arrows head coach Shanmugam Venkatesh wants to rectify the mistakes from the previous match. “It was a very good opportunity for the boys to play against Mohammedan Sporting. It was an opportunity for them to have experience playing against one of the best teams in the league. But, they are learning, I am happy how they are making progress.”

Midfielder Vibin Mohanan accompanied coach Venkatesh in the pre-match press conference. He said, “It was a difficult match. We did some mistakes. As a team, we want to rectify those in the next match. It will be a difficult game. Everyone on the team is looking forward to the next match.”

Talking about their opponents in the next game, coach Venkatesh is aware of the threats. “They are a good team. In the last two games, they got positive results. They have quality foreigners. Our boys are ready to play under pressure and we are looking forward to the match.”

On the other hand, Rajasthan United head coach Francesc Bonet wants to build on the previous results. “We have two clean sheets and our team is looking solid. We are working to correct some mistakes. As a team, we want to attack more to create chances and score goals,” the coach added.

Captain Abhishek Ambekar is also excited about the Indian Arrows challenge. “They are a good team. We are expecting a good match. We are working hard and motivated to get all three points,” the left-back mentioned.

“Arrows are physically good. They are playing together for a long time. As a team, they read games very well. We are ready for the match and hope to get results in our favor,” Bonet concluded.