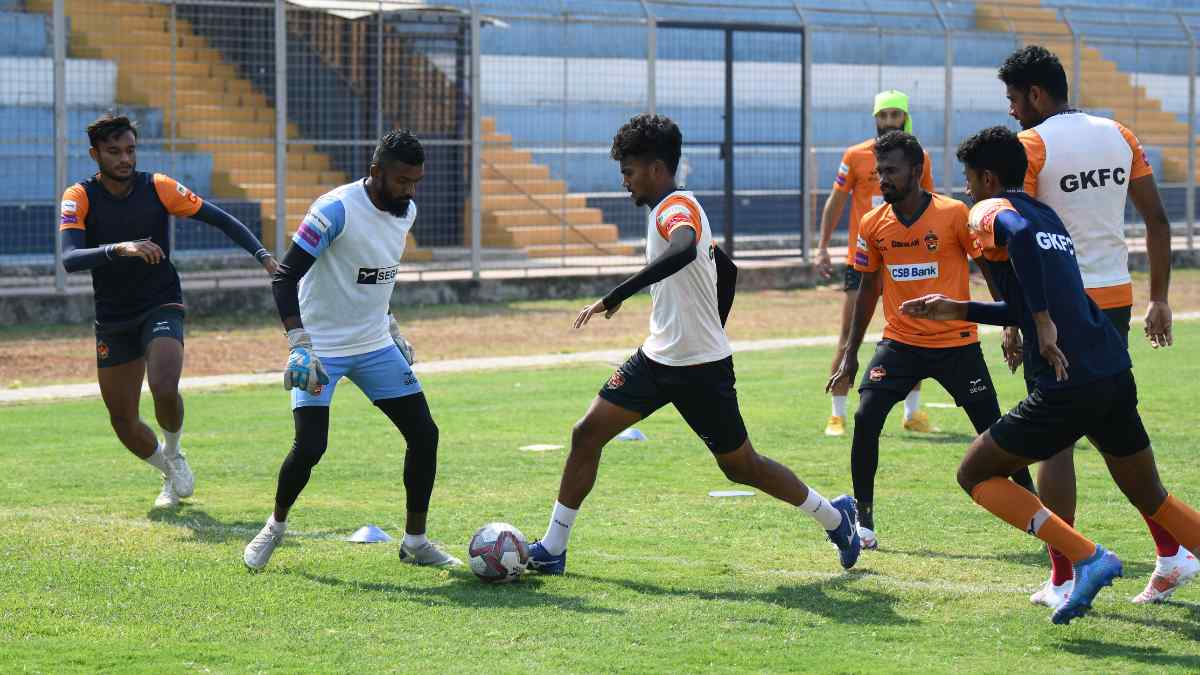 Defending champions Gokulam Kerala sat out the previous round of matches after their 6-2 thrashing of Kenkre FC and are ready to go again, taking on TRAU FC at the Kalyani stadium on Sunday, March 20, 2022 at 4:30 PM IST.

“It’s good to have extra time but also bad for motivating players in training. We were accustomed to the 5-day game rhythm and that was broken but we will try to take this break positively and come back with fresh energy,” said head coach Vincenzo Annese.

Their title rivals Mohammedan SC blinked first, falling to a surprise defeat against Churchill Brothers last time but Annese is focused only on TRAU.

“Every game is important. We have the ability to dominate each game with our style of play and that is what I expect from my players. We need to frustrate the opposition by keeping possession and find the right spaces to attack them,” he said.

Captain Sharif Mukhammad is not taking TRAU lightly and emphasized the importance of taking it one game at a time.

“We can do better. We lost two points against NEROCA so we need to concentrate more. We need to follow our coach’s attacking philosophy, keep the ball and focus on the next game,” he said.

TRAU are fresh from a resounding 3-0 victory over Kenkre FC which propelled them into the top 5 and head coach L. Nandakumar Singh was impressed with his charges.

“There was barely anything for me to be critical of from the win against Kenkre so that shows how well the boys played,” he said. “But we know we are up against a very talented team next and we are going to try and get the three points.”

Luka Majcen and Jourdain Fletcher have struck up a good partnership for Gokulam up top but Nandakumar Singh believes his players will be ready for them.

“The boys have played against Luka before so we know what to expect. Gokulam had a longer break before this game as well so we will look to capitalize on any rustiness on their part,” he concluded.