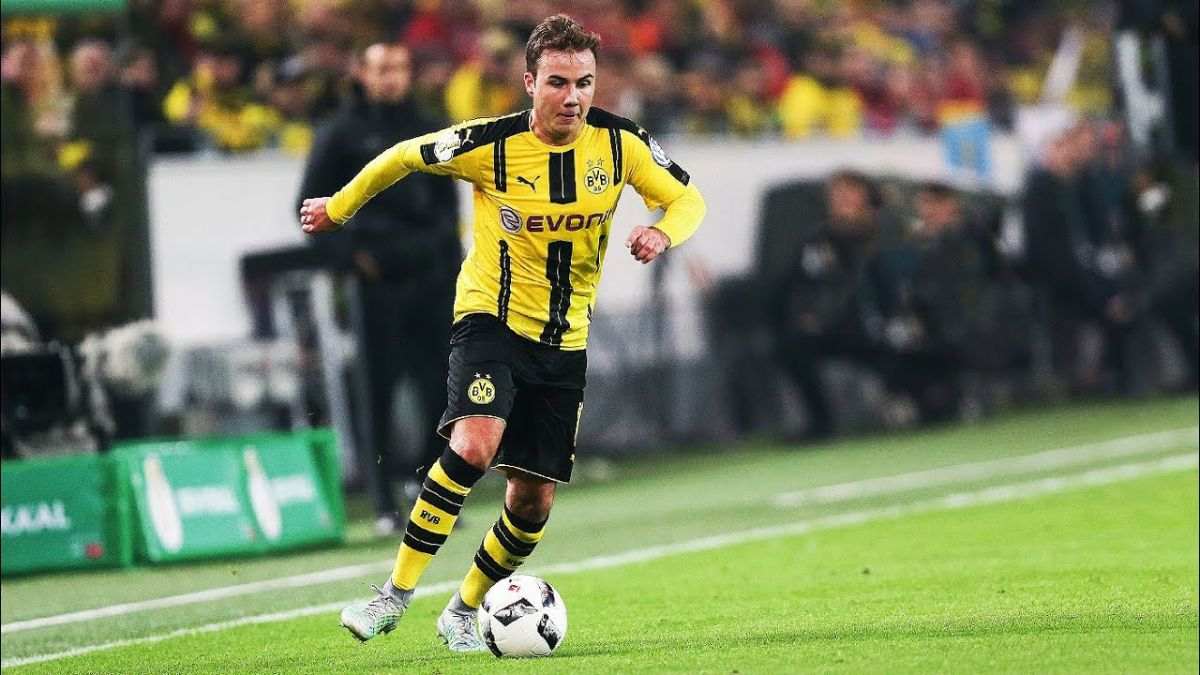 After the FIFA World Cup final in 2014, Mario Götze has not always been in the news for the right reasons. The German playmaker has seen his career go downhill in the aftermath of the world cup winning goal. Mario Götze signed for Bayern Munich in 2013 after the Bavarians triggered his release clause.

Jurgen Klopp had said at the time that Mario Götze cannot be convinced to stay at Borussia Dortmund as he has his heart set on playing under Pep Guardiola. The transfer did not prove to be successful for the player or the club as he did not perform to his potential.

Mario Götze returned to Borussia Dortmund after his stint with Bayern Munich in 2020. However, the German playmaker did not perform well at the Westfalenstadion either. The German playmaker was diagnosed with myopathy, a metabolic illness, and has since fought back well.

After two impressive seasons with PSV Eindhoven, the German has signed for Eintracht Frankfurt this summer. Hansi Flick has revealed that he wanted to sign Mario Götze for Bayern Munich during his reign.

Hansi Flick did not get the player at Bayern Munich as per his wishes. However, he has the opportunity to work with him at the German National team. Mario Götze has signed for Eintracht Frankfurt, a club that will play in the UEFA Champions League. The German playmaker will have enough opportunities this season to convince the manager of his abilities.

The transfer is an important juncture in his career as Eintracht Frankfurt is an ideal club for the playmaker. The club has the potential to grow further and has a very strong fan base. The German National team is undergoing a transition and needs a playmaker of Götze’s qualities.

However, Hansi Flick will need convincing by the player during the lead-up to the FIFA World Cup. Mario Götze will be looking to impress both his club and national team manager this season in an attempt to rejuvenate his career.

It will be interesting to see if Mario Götze can finally perform to his potential and force his way through in the German National Team this year!!