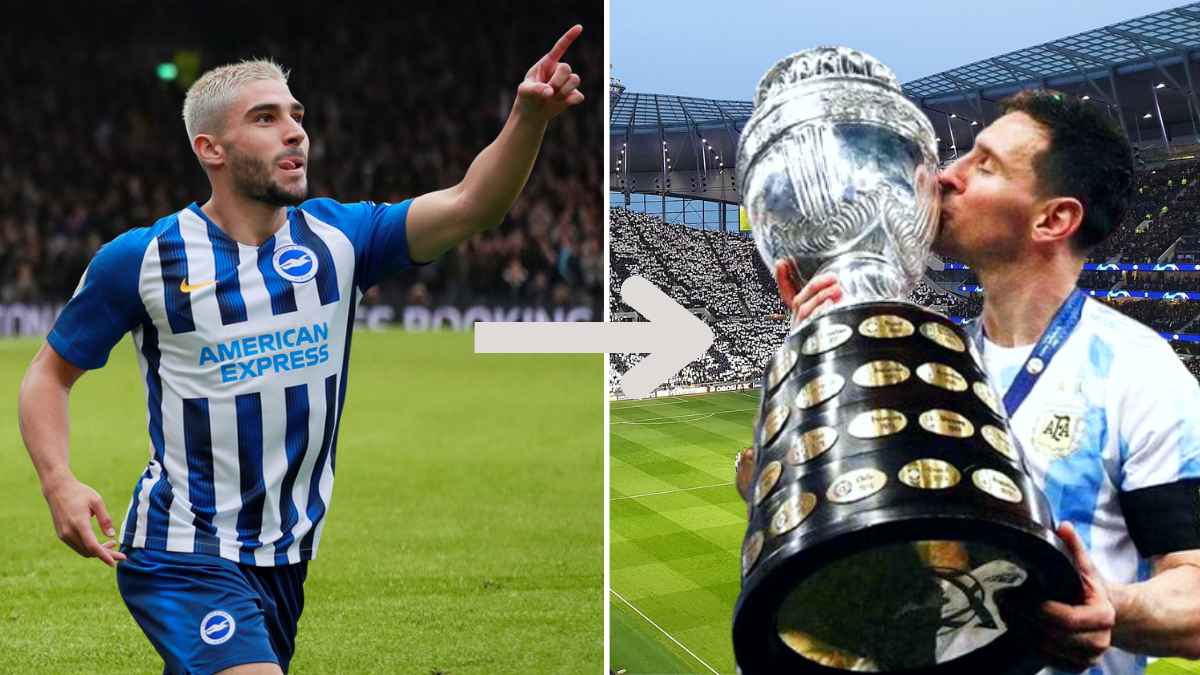 Lionel Messi finally completed his trophy cabinet by winning the Copa America with Argentina in 2021. Messi has won everything there is to win at the club level. However, an international trophy was always the missing piece in his trophy cabinet. He came ever so close to winning the Fifa World Cup in 2014 with Argentina. However, Gotze’s historical goal denied Messi the chance to lift the World Cup. Let’s understand the butterfly effect that started with Maupay injuring Bernd Leno that eventually led to Messi lifting a trophy with Argentina.

Since the world cup, he has also come very close to winning Copa America on various occasions. The period of 2014 to 2017 was very harsh on Lionel Messi as he lost three finals in three years. The infamous defeat to Germany in the world cup was topped up by two losses in Copa America against Chile in the years 2015 and 2016.

The loss in 2016 depleted Messi’s spirit as he declared his retirement from international football for some time. However, he did come out of retirement to finally achieve his dream of winning an international trophy with Argentina.

Neal Maupay currently plays for Brighton and Hove Albion as a striker. In 2020, he was leading the line against Arsenal in a premier league match. A clash with Bernd Leno saw Leno rupture his knee ligaments. The German keeper had to be stretchered off as he was unable to continue. This incident started a butterfly effect as a new keeper entered the fray for Arsenal.

Emiliano Martinez replaced Bernd Leno as the Arsenal keeper in that match. Martinez was always a fringe player since signing for Arsenal in 2011. He had 6 loan stints at several clubs before establishing himself as the second fiddle to Bernd Leno at Arsenal.

Maupay’s tackle on Leno paved the way for the emergence of Emiliano Martinez. Martinez made 24 appearances for Arsenal in the 19-20 Premier League season. He had only managed to make 16 in his first 9 seasons at Arsenal. His emergence was something that no one saw coming. Martinez grabbed his chance with both hands and put in great performances for Arsenal. He also started in Arsenal’s 2-1 victory over Chelsea in the FA cup final. He finished the season on a high and showed everyone his level. His performances for Arsenal were certainly enough to win him a first-team spot. However, Arsenal decided to keep Leno as their number 1.

Aston Villa jumped on this opportunity and signed Martinez to become their number 1 keeper. Regular game time for Martinez saw him get a call up to the international squad. His performances in the Premier League saw him cement his spot as Argentina’s number 1.

Martinez’s rise to prominence saw him start all the matches for Argentina in Copa America. He shared the same dressing room as Messi. In the semi-final, Martinez became an Argentinian hero as he saved two penalties against Columbia to help Argentina qualify for the final against Brazil.

The Butterfly effect came into effect as Maupay tackle on Leno helped Martinez start the Copa America final for Argentina after 9 months and Messi finally won the Copa America. The football gods were finally good to Messi as his dream of winning a trophy with Argentina finally came true. Martinez played an important role in Argentina’s winning campaign and helped Lionel Messi achieve his dream. A tackle from Neal Maupay was the start of Messi’s destiny to achieve his childhood dream. Of course, Martinez was the protagonist of this story who’s now a hero among the streets of Argentina.