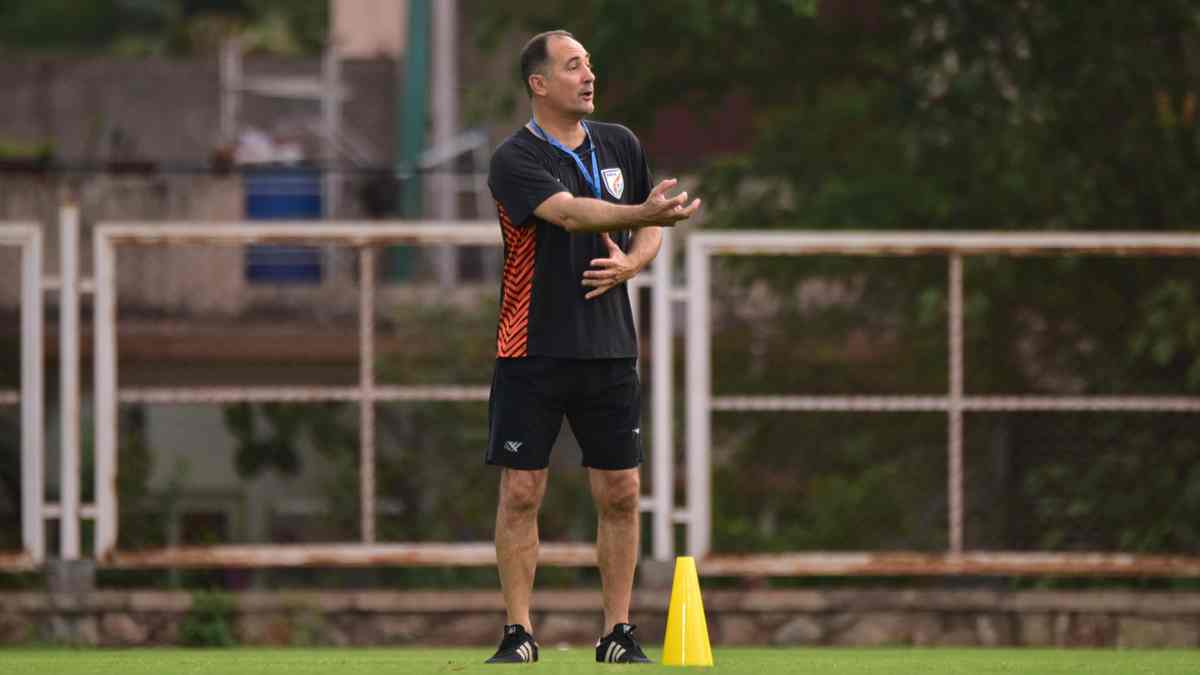 KOLKATA: The beautiful game is much celebrated in the City of Joy, and the Blue Tigers are excited to be in Kolkata, where they have set camp to prepare for the upcoming AFC Asian Cup Final Round Qualifiers, next month.

“I love to come here personally,” said India Men’s Senior National Team head coach Igor Stimac after the side’s arrival in the city. “You can see and hear football everywhere, and everyone is excited about any kind of football happening here.”

India are placed in Group D of the AFC Asian Cup Qualifiers, alongside the likes of Hong Kong, Afghanistan and Cambodia, with the matches set to take place in Kolkata next month. Stimac was quick to point out that his side was the favourites on paper, and have a clear aim of making it to the Asian Cup.

“We are the favourites from our group, and we’re not hiding from that,” expressed Stimac. “We want to go to this group and qualify for the Asian Cup. I see India going to the final stages.”

“What I am interested in is the final result, that we should qualify. I don’t mind how many goals we score, or what the results were, as long as we qualify. Of course, if we score a lot, that will be good, but the main aim is to qualify.”

While the preparations – physical, mental and tactical – are on in full swing, Stimac believes that it all ultimately comes down to the 90 minutes on the pitch.

“We are following all our opponents and we will find out what the latest changes in their teams are. Right now, we are preparing, but whatever is the case, we need to give everything in the 90 minutes on the pitch,” he said.

However, the gaffer remains confident in the abilities of the Blue Tigers to make it through from Group D of the Round Three Qualifiers.

“We’re not under pressure, because we know what to do. Yes, there are certain expectations on our team, but I’m quite confident that we can do it,” he said. “We have enough quality in the team to  make sure that we qualify.”

The Blue Tigers have been camping in Bellary, Karnataka since April 23, before shifting base to Kolkata, where they will continue their camp, on May 9. India’s 54-year-old coach believes that this extra time in the camp will help his side prepare for the upcoming challenges.

“The daily work is certainly helping the team. The players get better at accepting things that we are trying to do, they get better after every training session,” Stimac quipped. “It’s far better than getting them for just 1-2 days before a match. This is giving me as a coach the opportunity to prepare well for the games.”

While the Blue Tigers set camp in the City of Joy, they are also scheduled to play a couple of exhibition matches against ATK Mohun Bagan (May 11) and an All-Stars team from the Hero I-League (May 17), before flying off to Doha, Qatar, where they will face Zambia and Jordan in International Friendlies.

“Our players are well rested and ready. I also met with (ATK Mohun Bagan head coach) Juan (Ferrando), and we agreed to help them prepare (for the AFC Cup), while they help us with our preparation as well,” said Stimac. “We will also play against the Hero I-League team, and these will be similar games.”