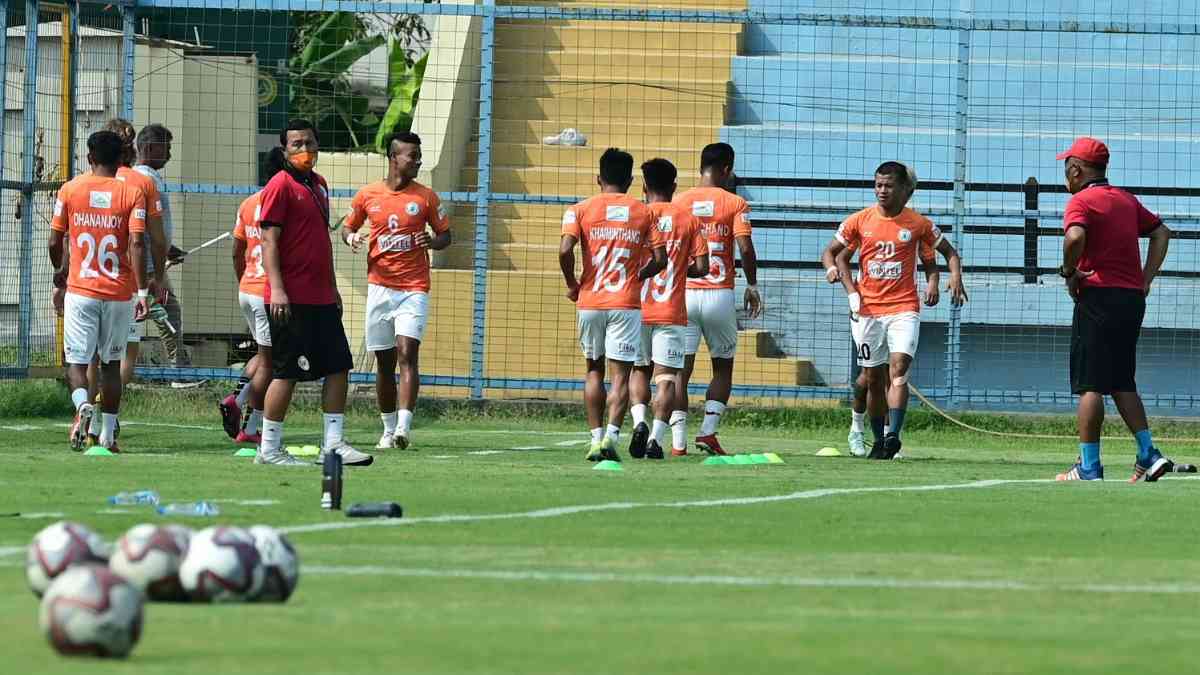 KOLKATA: The opening day of Gameweek 11 in the ongoing Hero I-League comes to an end with a mouth-watering clash between NEROCA FC and Aizawl FC. The Orange Brigade are aiming to keep the momentum going after securing a win over Kenkre while the former champions are coming into the match after back-to-back defeats. The game will take place at the Naihati Stadium at 8.05 PM IST on Saturday, April 9, 2022.

NEROCA head coach W. Khogen Singh agrees on the importance of the victory in the last match. “In this league, you can be up and down. We managed to come back. It’s football. We earned an important victory. However, we have to keep winning matches to stay where we are,” he said.

NEROCA midfielder Mohamad Kdouh wants to relish his versatility in the coming matches. “In the last few games, I have been playing as an attacking midfielder. I am comfortable with this position and ready to do what the coach demands from me,” he said.

Talking about the opponents, the midfielder understands the importance of the Aizawl match. “We are excited about the next game. All games are important. We will fight until the last moment to keep up the momentum.“ Kdouh concluded.

Khogen Singh is also aware of the threats that Aizawl FC possess. “They are a good side. Tactically, they are very strong. It will not be an easy game. They will have the ball position but we have to press high and get the ball to create chances. Hopefully, we can get all three points,” he concluded.

On the other hand, Aizawl FC head coach Yan Law wants to improve the mentality of the players. “We have been playing well and scoring goals. However, we couldn’t keep clean sheets. So, our main objective should be to keep a clean sheet. We have to enter the field in a good mindset and pick up all three points,” the coach added.

Young winger Lalremsanga accompanied the coach in the pre-match conference. “We are learning so many things from the coach. NEROCA FC are having a good run of form. We have to minimize our mistakes and fight until the last moment,” the winger said.

Talking about the opponents, Law expects a similar challenge. “It’s back-to-back derbies. They are a good team. NEROCA are pretty similar to us. It will be a good match. We know what they can do individually and also as a team. Hopefully, we can pull up a good fight and pick up all three points,” the head coach concluded.