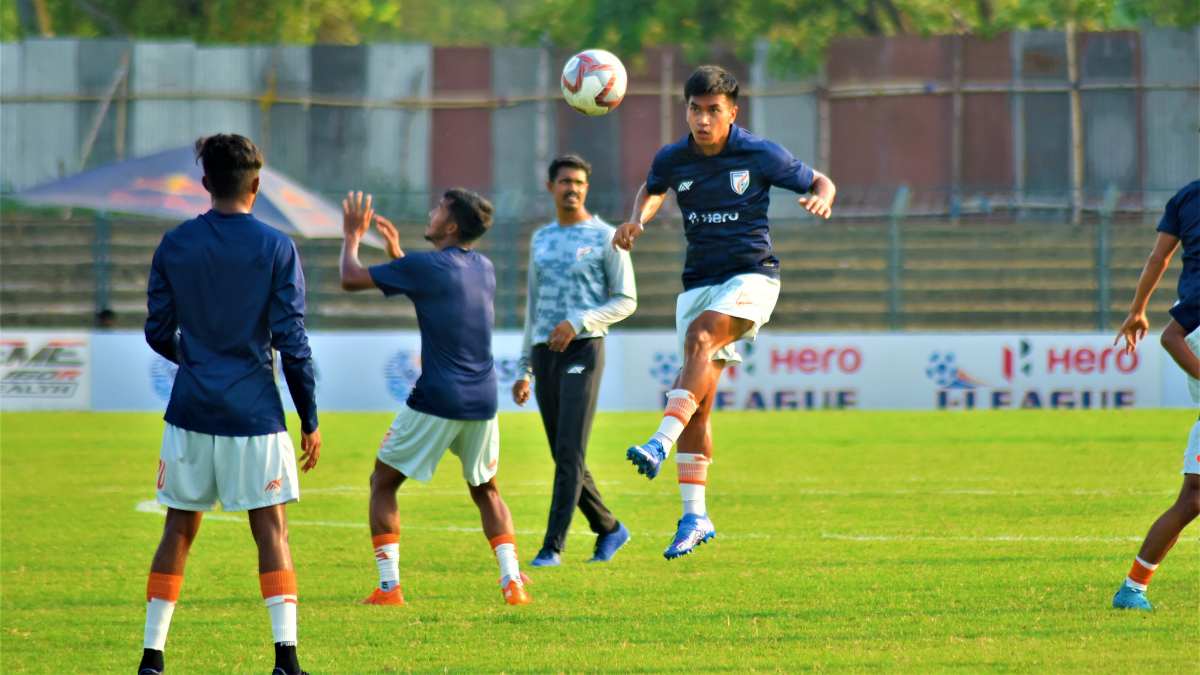 KOLKATA: In the battle at the foot of the Hero I-League table, Indian Arrows will take on Kenkre FC on Friday, April 15 at the Naihati stadium with the kick-off scheduled for 3:00 PM IST. Both sides are coming into the game on the back of successive defeats and will be aiming for a turnaround in form.

Indian Arrows head coach Shanmugam Venkatesh is not too concerned about his team’s heavy defeat against Gokulam Kerala, stating that there were still some positives to be taken.

“It was all about the experience in the previous game. We knew we were up against the strongest team in the league and I was happy with some of the aspects of my boys’ game despite the loss,” he said.

Facing a side below in the points table is not something which Indian Arrows have had the luxury of very often this season but in the next game against Kenkre, that is going to be the case.

“Just because we are facing a team who is below doesn’t mean that it will be easy. It might Kenkre’s first season in the Hero I-League but they have players who have experience of playing at this level so we will need to be strong mentally,” said Venkatesh.

Kenkre FC are still to win a game this season and have managed to put just two points on the board. Head coach Akhil Kothari was disappointed with his side’s inability to convert chances in the narrow 1-2 loss against Churchill Brothers last time.

“We had a number of clear-cut chances in the previous game which we failed to take and I believe we could have gotten something out of the game had we managed to convert those chances,” he said.

Forward Yash Mhatre, who accompanied Kothari to the pre-match press conference, was of the opinion that physical advantage alone would not be enough to take all three points against Indian Arrows.

“They are a good team and while I would agree that we might have the advantage over them physically, the fitter side might come out on top considering it is the first kick-off in the afternoon,” he concluded.