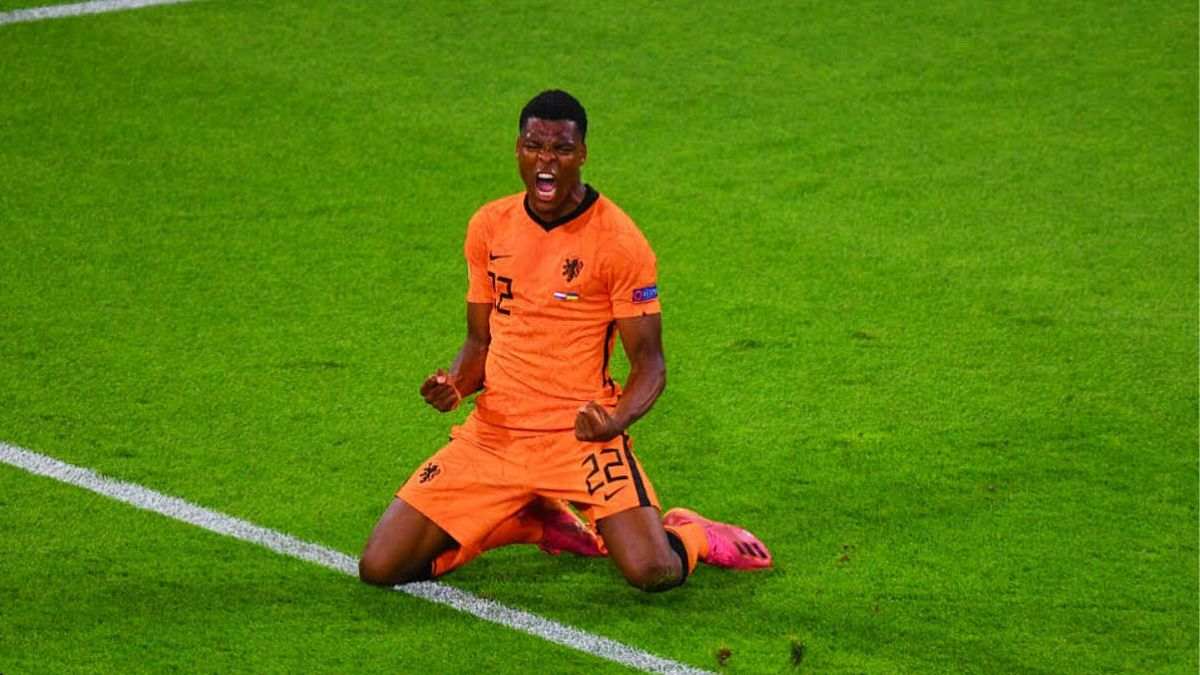 Inter intends to cash in Dumfries this January transfer window for 40 million euros. They need to make a good amount of money in order to meet their financial targets.

Even though Dumfries plays a significant role in Inzaghi’s squad, Inter thinks it will be good to release him this time to make up for their financial funds. Currently, Chelsea and Bayern Munich are interested in purchasing the Dutch wingback.

Inter hopes Dumfries performs well with his national team which will raise his value in the market.

According to Corriere dello Sport(via fcinternews), Inter is looking to release Dumfries for 40 million euros this winter and Chelsea is willing to crack the deal. They are willing to pay even 50 million for him and express their urgency in getting him.

Dumfries meanwhile didn’t talk much about the rumors and he says:

“The interest flatters me, of course. But my focus now is only on Inter. We want to win the Scudetto because we lost it last season.”

Bayern also wants to sign in Dumfries and there have been talks between them and Inter.

So the Nerazzurri are ready to sell Dumfries next summer but could also make a deal in January which would see him leave to join another club before being loaned back for the remainder of the season.

Inter will like to agree on a deal this January so that they can keep Dumfries till the end of the season.