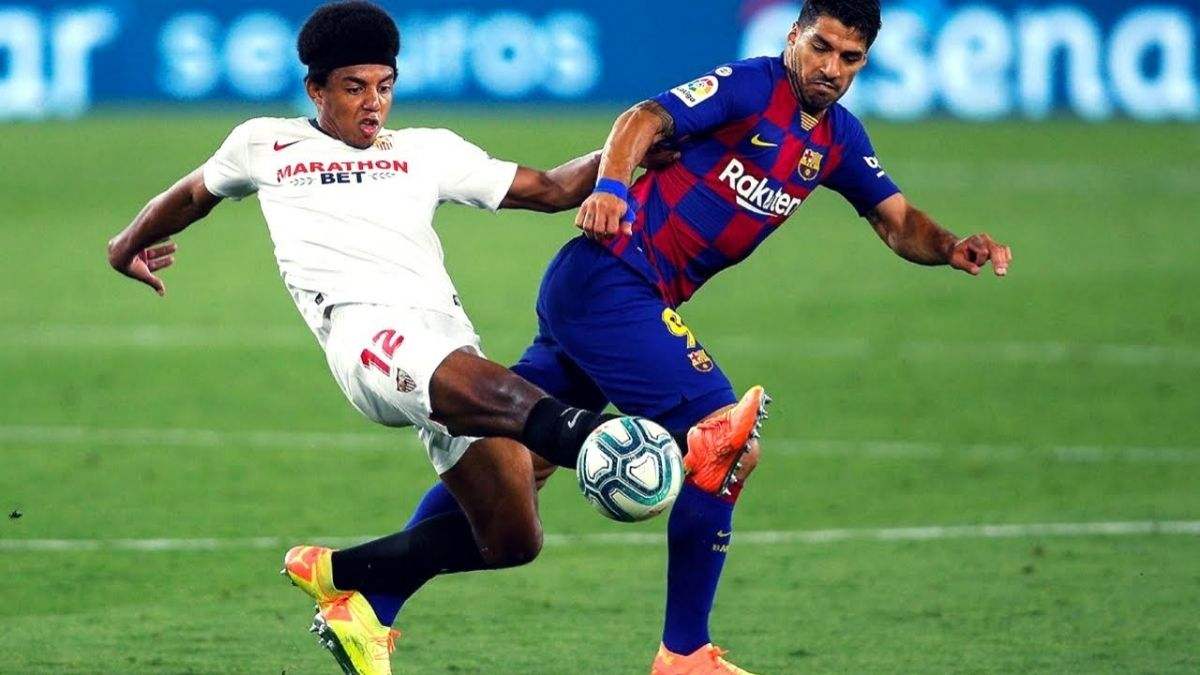 With the departure of Lionel Messi in 2021, the golden age of Barcelona is inching towards its end. Gerard Pique and Sergio Busquets are the remaining players from the acclaimed Pep Guardiola side. Both Pique and Busquets are also towards the end of their careers and the club is looking to find their long-term replacements.

Barcelona has confirmed the signing of Andreas Christensen from Chelsea on a free transfer. The Blaugrana also signed Eric Garcia last summer. However, the club is still on the lookout for a long-term replacement for the stalwart, Gerard Pique.

Jules Kounde is being linked with the Catalans as a transfer target this summer. The club is looking at the French defender as a long-term replacement for Gerard Pique. The French international currently ply’s his trade for Sevilla.

The French defender is the subject of interest for many top European clubs this summer. However, Kounde could be available for a fee in the region of €55-60 million. Sevilla is looking to offload players to balance their books and Kounde is one of the most saleable assets of the Andalusians.

Jules Kounde is technically gifted and considered one of the best centre-backs in the world. It is also reported that the French international has already agreed on personal terms with Barcelona. However, the clubs are yet to agree on a deal for the defender.

Barcelona is required to be wary of competition from Chelsea and Bayern Munich. Both the clubs have also identified the French defender as an option to fill their centre-back positions. Chelsea is set to lose out on De Ligt to Bayern Munich and thus they are expected to step up their efforts to sign Kounde.

Thus, it will be interesting to see if Barcelona will be able to cough up the price for Kounde or if Chelsea will blow them out of the water. The English club is placed in a better position to offer a financial package than Barcelona in case they decide to move for the player.