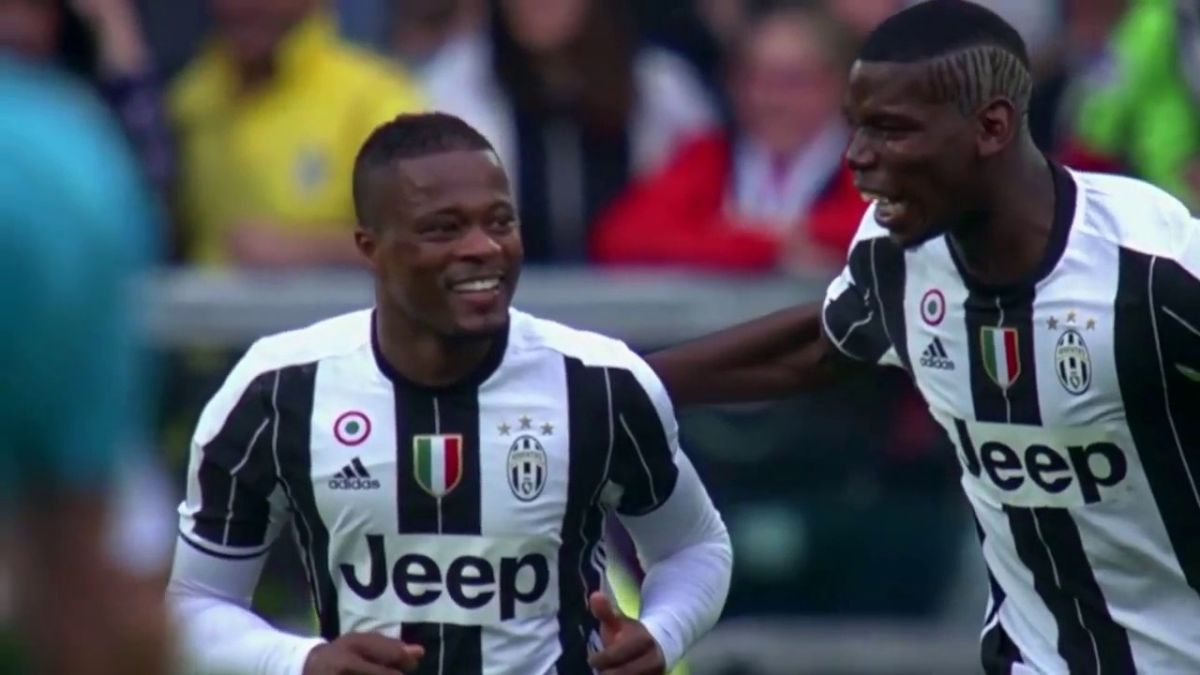 Juventus have not been on top of their game for the past two or three seasons now. They did not win any silverware last season which is well below their lofty standards. Amidst all this, some words of wisdom from a veteran like Patrice Evra is bound to help the players.

The Bianconeri have started the season poorly and sit on 8th position in the league table. The team is unbeaten in the league, however, it has also struggled to win matches. Juventus have drawn 4 out of the 6 games they have played this season in Serie A.

The club has also struggled in the UEFA Champions League as they have lost their opening two fixtures against Paris Saint-Germain and Benfica. Patrice Evra visited the training ground recently where he was able to catch up with his old manager and Paul Pogba as well.

Patrice Evra is not new to the feeling of winning trophies as he has won plenty of trophies in his career. The players are in need of words of inspiration and motivation for performing to the expectations. The Manager will hope interaction with the French veteran will help the players in improving their mentality.

Juventus needs to improve soon as expectations are high

The club has invested a lot in the squad in recent years and the expectation of trophies is natural. The Old Lady signed Angel Di Maria, Paul Pogba, Leandro Paredes, Filip Kostic, and Gleison Bremer this summer. The transfers have also resulted in an increase in the wage bill.

This expenditure is in addition to the huge amount spent on acquiring Dusan Vlahovic in January. Juventus has severely underperformed as per the quality of the squad and needs improvement as soon as possible. Massimiliano Allegri is under a lot of pressure as he has not been able to deliver success since his return.

The new signings have not settled in at the club properly and the team looks a little disjointed. Paul Pogba has been out with injury along with Federico Chiesa causing trouble for the boss. Key players are not available due to which the Italian manager is struggling to put together a consistent first-choice XI. Hopefully, the players out with injury will return soon to give some relief to the manager and help in getting results on the field!!