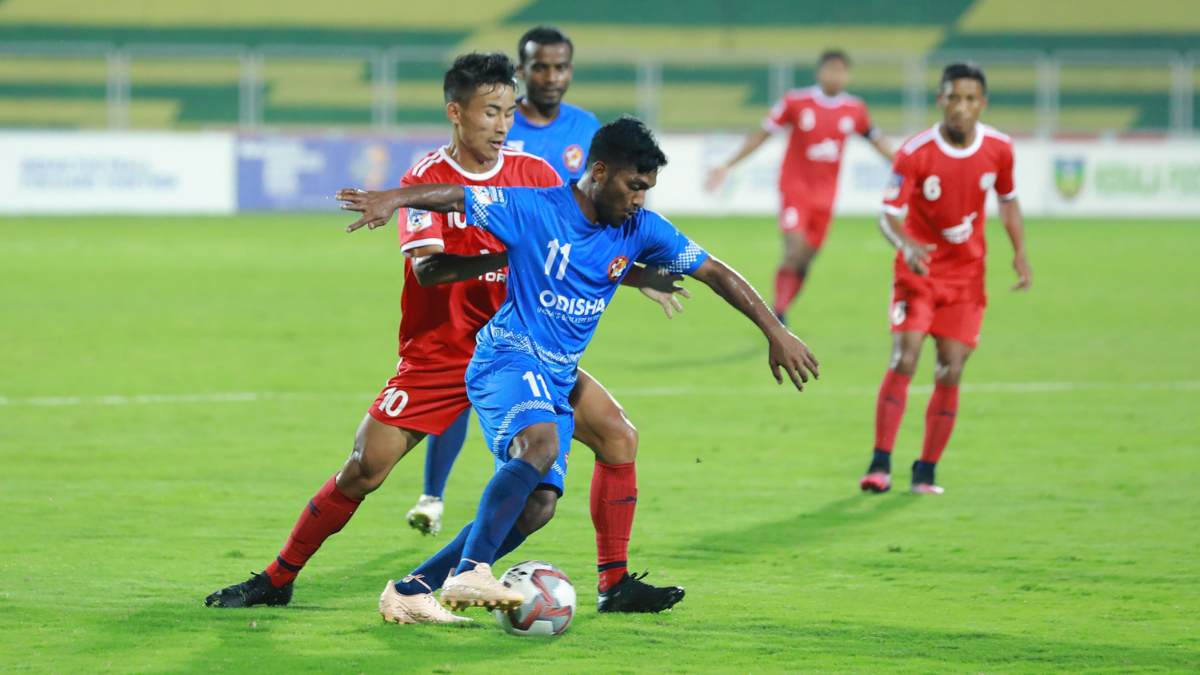 MALAPPURAM: A first-half strike from Kartik Hantal helped Odisha claim a narrow 1-0 win against Manipur in the Hero 75th National Football Championship for the Santosh Trophy at the Manjeri Payyanaad Stadium here on Tuesday.

Odisha were the better team on the night as their tenacious display meant Manipur succumbed to their first loss of the competition.

Both teams came into the contest full of confidence. Manipur had thrashed defending champions Services 3-0 while Odisha had come back from 1-3 down to draw their previous encounter against Karnataka. Both coaches had mentioned prior to the game how the boys were up for the game.

It was Odisha who started the brighter of the two as they tried to play the lofted through ball behind the Manipur defence. With Manipur playing a high-line, goalkeeper MD Abujar had to be alert on a number of occasions as he had to play the role of a sweeper keeper.

The Odisha midfielders won the battle in the centre of the park as they time and again dispossessed the Manipur players. The first real opportunity fell to Odisha as a lofted through ball had to be cleared by the Abujar but the ball fell to Kartik Hantal, who could not wrap his left foot around the ball with the gaping goal at his mercy. The ball ultimately trickled out of play.

Manipur had to resort to long rangers as the players seemed to run out of ideas once they reached the edge of the box. Their best chance came from a free-kick from the right. Ningthoujam Momocha Singh’s free-kick was cleared by Odisha goalkeeper Chinmaya Sekhar Behera but after a melee inside the box, it fell to Somishon Shirak who put the ball into the back of the net but was adjudged to be offside.

Odisha’s tenaciousness finally bore fruit in the 37th minute. Kartik Hantal dispossessed Manipur centre-back Naoroibam Romen Singh and ran from the centre circle towards goal and calmly slotted past Abujar. It was a well-deserved lead with Hantal making up for his earlier miss.

Manipur coach Gift Raikhan must have had strong words to tell his players during the half-time team talk and the players seemed much more up for it as the second half commenced. Substitute NG Bedeenpar Moyon had the ball in the back of the net but the young striker was adjudged to be off-side.

Odisha players defended deep and played on the break in the second half. Jamir Oram latched onto a lofted through ball and was bearing down on goal with Naoroibam Romen Singh and Thiyam Chingkheinganba fouling the midfielder just outside the box. Odisha failed to take advantage of the resultant free-kick.

Salim Akbar Pathan’s boys had the chance to put the game to bed in the closing stages. A free-kick from the right was floated in by Adwin Tirkey and the ball was met by a thumping header from Arapan Lakra from close range. But it cannoned off the woodwork.

Manipur’s best opportunity came in added time with a long range strike from Thiyam Chingkheinganba spectacularly tipped over the crossbar by Odisha goalie Chinmaya Sekhar Behera who had very little to do in the entire match. Odisha dominated possession throughout the contest with Manipur trying to float in crosses or going for strikes from distance in a desperate bid to equalise.

The referee’s final whistle meant Odisha claimed their first victory of the Hero 75th National Football Championship for the Santosh Trophy. The result means Group B remains wide open with Odisha now on four points from two games while Manipur remain on three. Manipur will be hoping to return to winning ways when they face Gujarat on Thursday.