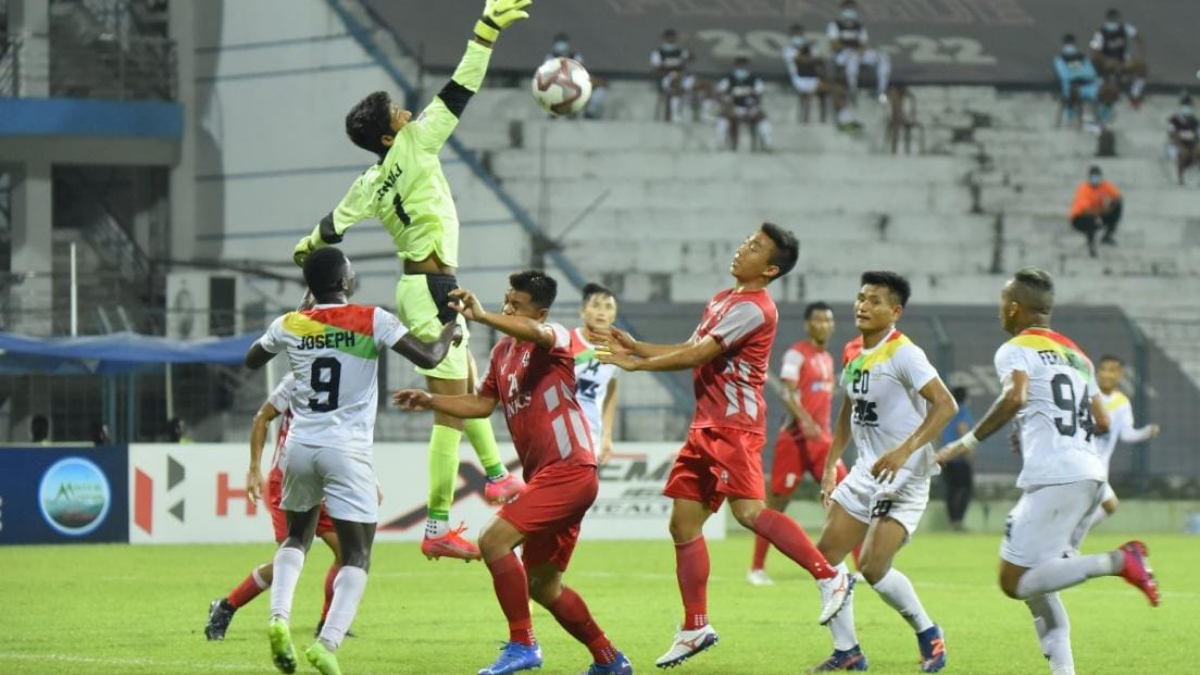 KALYANI: Khanngam Horam netted a brace as TRAU FC overcame a tough Aizawl FC challenge, defeating them 2-1, to snap their three-match losing streak in Hero I-League, here, in Kalyani. Meanwhile, Lalthakima Ralte netted the solitary goal for his side as they succumbed to their seventh defeat of the season.

TRAU were dealt a significant injury scare early in the game when their captain Netrajit Singh fell on the field in the third minute with a shin injury and underwent medical assistance. TRAU and Aizawl both relied on their defences to keep their cool and deny the opponent any scoring chances early on.

Aizawl created the game’s first big opportunity in the 11th minute, when full-back Lalfelkima set up Bakhtiyor Qalandrov inside the box with a beautiful ball, but the skipper’s header went over the bar.

Khanngam had a chance to put his team ahead four minutes later, but his indecisiveness allowed Thakima Ralte to stop him from attempting the shot. The 24-year-old forward was given another chance to score but was stopped by Anuj Kumar’s point-blank save in the 18th minute.

The People’s Club drew first blood in the match after Thakima put his side ahead in the 25th minute. Samuel aided him by setting him up with a peach of a delivery from the opposite half of the field.

TRAU increased their attacking play after Aizawl broke the deadlock and were soon rewarded for their efforts as Khanngam scored the equalizer from his third attempt of the game, smashing the ball in the bottom right corner.

In the 38th minute, Fernandinho attempted to put his team ahead by putting the ball in the top left corner, but it went wide.

Khanngam scored his second goal of the night three minutes later, giving TRAU the lead by toying with Anuj Kumar with a sloppy touch and slamming the ball past the goal line just as the goalkeeper rushed forward to collect it.

Aizawl made a double substitution at the start of second of as Ayush Chhetri and Lalfelkima went out to make way for F Lalremsanga and Melory Laldinsanga. Vanlelghenga received his first yellow card of the game in the 47th minute for a foul tackle on his opponent, and TRAU’s Joseph Olaleye was booked two minutes later for a similar offence.

Joseph had a chance to give his team a two-goal lead, but he missed the target. As the game progressed, TRAU sought to play possession-based football while patiently waiting for opportunities to present themselves.

Aizawl named another round of substitutions as F Lalliansanga and David Lalhlansanga walked in while Dipanda Dicka and Willis Plaza came off the field.

Aizawl won a free-kick just outside the box in the 71st minute but Samuel failed in converting the shot.

Salam Johnson Singh and Milan Singh Laishram were called in as TRAU made a double substitution towards the end of the second half while Khanngam and Kishan Singh Chongtham went out. They made another substitution in the 82nd minute with Lalthakima Ralte going out to make way for R Malsawmtluanga.

As the game neared the end of the second half and went into stoppage time, both teams upped their intensity, with Aizawl seeking an equaliser and TRAU pursuing their third goal of the night. However, their efforts were not enough to change the score as TRAU recorded their third win of the season.