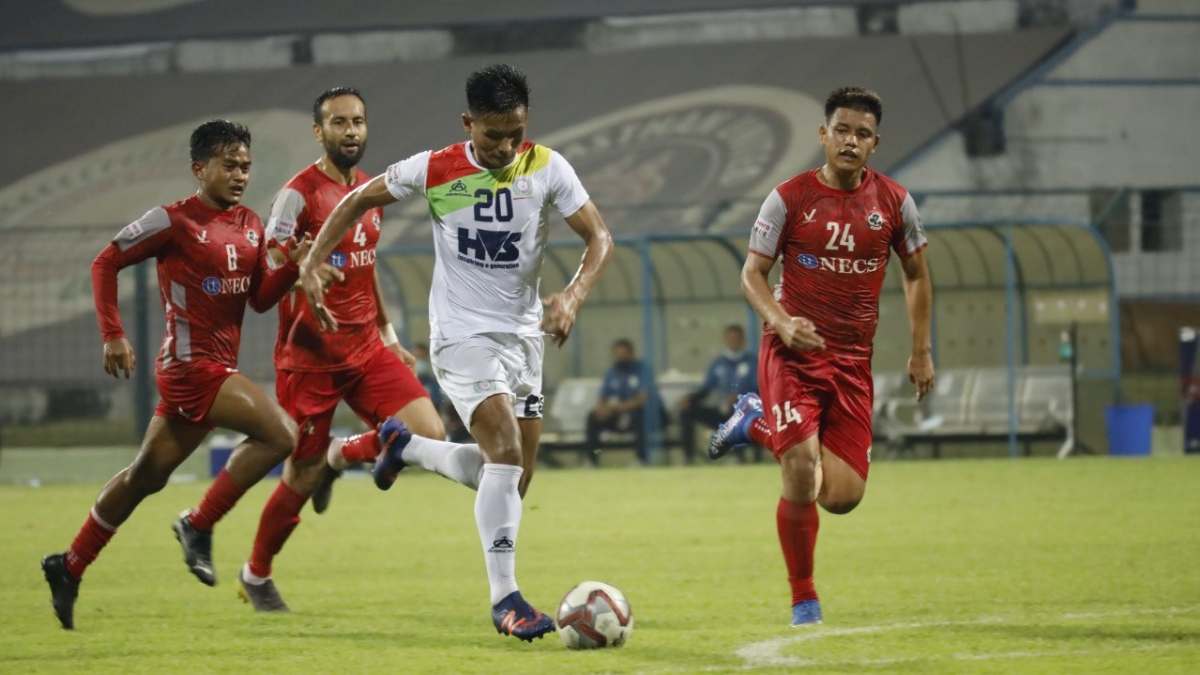 KOLKATA: TRAU FC came from behind to beat Aizawl FC 2-1 in Gameweek 10 to end their three-game losing run, and they had Khanngam Horam to thank for it. In only his second start for TRAU, the 24-year-old scored an eight-minute brace to bring home all three points and boost his side’s top 7 chances.

After plying his trade for Imphal city rivals NEROCA FC for the last two seasons, Khanngam joined TRAU FC for the 2021-22 campaign. He picked up the Hero of the Match award after his stellar performance on Tuesday evening. As TRAU found themselves a goal down at the half-hour mark, Khanngam was in the right place at the right time to tap in the equaliser. He handed his side the lead only eight minutes later with a composed solo goal as he went around the keeper and rolled the ball in from a narrow angle.

“I feel great scoring after a long time. Coach trusted me to be in the starting XI and I’m happy to help my team earn all three points,” said a joyful Khanngam, who idolises Lionel Messi.

There’s no shortage of quality forwards in TRAU, with Brazilian Douglas Santana and Akobir Turaev from Uzbekistan, which means it isn’t easy to find yourselves a regular spot in the eleven, and Khanngam knows that. “We have many good players in my position with a lot of quality. I know I have to fight for my place and I believe in myself,” he asserted.

Khanngam was born and raised in Halang village in the Ukhrul district of Manipur, about 100 kilometres from the capital Imphal. He first began playing for his hometown club Ukhrul United FC before gradually making his way to the big stage and debuting in the Hero I-League with NEROCA FC in the 2019-20 season.

“We have a big family. Altogether, we are eight siblings – six sisters and two brothers. My parents work as cultivators. Although I come from a poor background, my family has given me a lot of support and that means a lot to me. They are everything to me,” he said.

From kicking the ball in Halang, a village of just 3,000 people, Khanngam has come a long way. The local population absolutely adores him, and the journey has just begun for the gritty striker.