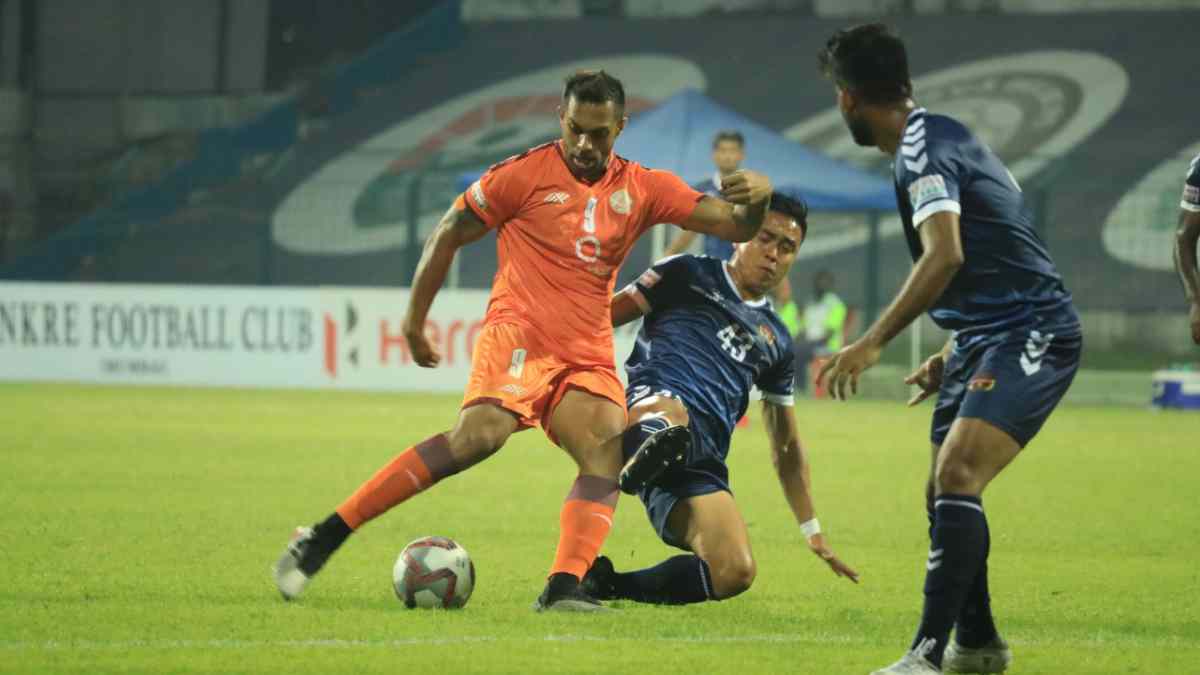 Captain Gurtej Singh led from the front as he gave his side the lead in the 15th minute, which was added to by a brace from British striker Kurtis Guthrie. Robin Singh came off the bench in the second half to round up the scoring and send RoundGlass Punjab into the top four of the Hero I-League table on goal difference after three matches.

RoundGlass Punjab stamped their authority on the contest right from the first whistle as they pinned the Mumbai outfit back in their own half with their progressive play. Their first chance to open the scoring came in the 12th minute as Joseba Beitia found the head of teammate Kurtis Guthrie from a free-kick. Guthrie drew a fine save from Kenkre FC goalkeeper Tenzin Samdup from point-blank range.

It didn’t take RoundGlass Punjab much longer to break the deadlock as captain Gurtej Singh rose highest in the box to meet Kean Lewis’ corner with just a quarter of an hour on the clock. Gurtej’s header appeared to have come off Kenkre forward Ranjeet Pandre, but his original effort was goal bound and hence the goal was awarded to the RoundGlass Punjab skipper.

Despite taking the early lead, RoundGlass Punjab showed no signs of taking their foot off the pedal and added to their advantage five minutes later through Kurtis Guthrie. The chance came courtesy Travis Major, whose turn of pace on the left flank allowed him to whiz past Khongsit and square the ball for Guthrie, who swiveled inside the box and made no mistake with the finish from close range.

Guthrie made it a double for himself on the day when he got on the score sheet again in the 42nd minute. His presence in the box had been a nuisance for Kenkre FC all evening, as he was on hand this time to capitalise off a failed clearance to smash home an instinctive half volley into the bottom corner.

The edge was taken off the contest in the second half as RoundGlass Punjab settled into a slower rhythm, while Kenkre FC struggled to take the initiative away from their opponents. Kenkre’s custodian in goal Tenzin Samdup continued to be busy in the second half and kept the scoreline from getting out of hand for his team.

Tenzin made a fantastic double save in the 69th minute to deny RoundGlass Punjab substitute Sumeet Passi first, and then Kean Lewis off the rebound in what was a contender for save of the season. Although Kenkre FC had a disappointing outing on the day, they can look to the performance of their goalkeeper as a positive to take away from the game.

Second-half substitute Robin Singh topped off the evening for RoundGlass Punjab FC in the 72nd minute with a towering header to add the fourth and final goal of the evening for his side. Kean Lewis registered another assist thanks to his in-swinging corner from the left-wing, which was met by Robin Singh inside the crowded 6-yard box.

The going does not get easier for newcomers Kenkre FC in the Hero I-League as they must take on defending champions Gokulam Kerala in their next encounter on March 12, while RoundGlass Punjab will look to continue on their winning ways when they take on Aizawl FC on March 11.