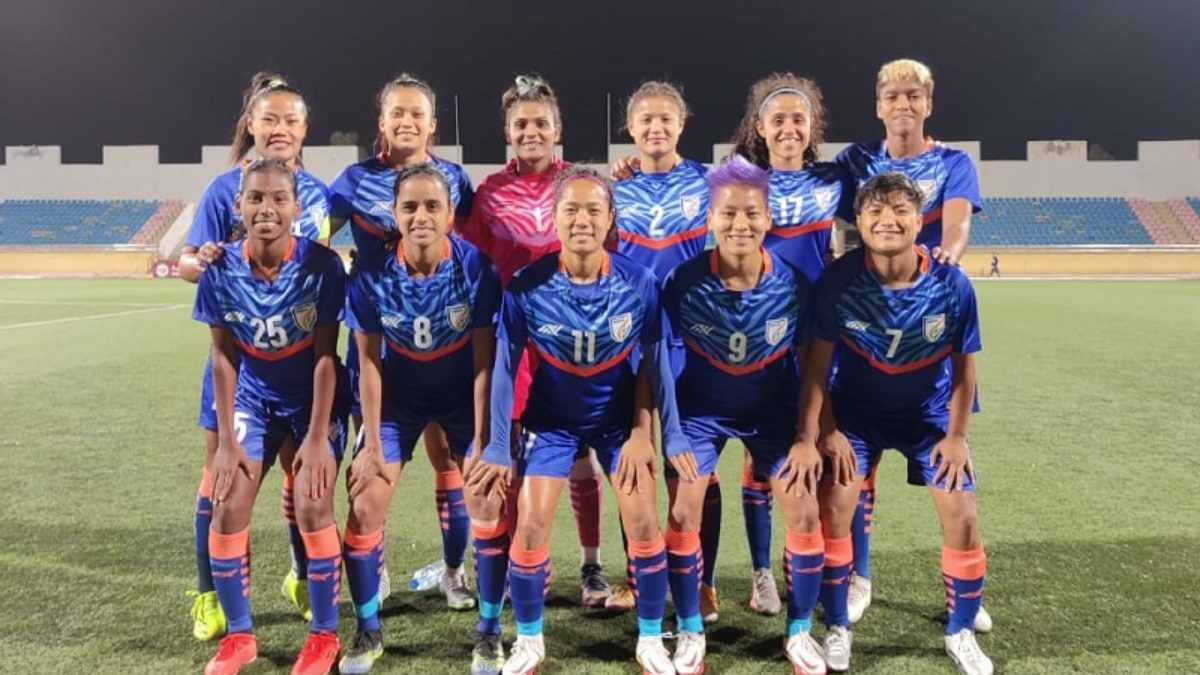 NEW DELHI: India earned their second straight victory in Jordan, as they beat the hosts 1-0 at the Prince Mohammed Stadium in Zarqa, on Friday, April 8, 2022.

Forward Manisha Kalyan was the protagonist of the night, as she netted a goal in the second half to help the Blue Tigresses get their second victory on the trot; earlier this week, India had defeated Egypt by the same margin at the same venue.

Both the sides looked to get on the front foot from the start, creating chances near the opposition area.  India got the first corner of the match, that was sent in by Ratanbala Devi, and was headed goalwards by Manisha. However, the chance was cleared and Jordan set on their own attack at the other end. India goalkeeper Aditi Chauhan, however, was up to the task as she made the save, keeping the scores level. Chauhan was again called into action a few minutes later, when she calmly collected a shot off a Jordan free-kick.

As the game progressed, the Blue Tigresses started gaining more control in the middle. A couple of efforts by Anju Tamang and Manisha to open up the opposition defence were thwarted around the half-hour mark.

With around five minutes of regulation time left in the first half, Manisha went on one of her mazy runs, eventually earning a free-kick in a dangerous position. However, the eventual effort by defender Dalima Chhibber went over the crossbar. India earned another free-kick, this time, a little closer to the box, with just seconds left on the clock for the first half; it was Manisha who tried her luck this time, but her attempted curler went inches wide.

The Blue Tigresses finally had the lead moments after the restart, as Manisha found some space on the left and unleashed a left-footer that rocketed into the top corner of the Jordan goal.

A goal down, Jordan began to mount some pressure on the visitors. Leen Yasin Mohammad had a golden opportunity to draw level when she was played behind the Indian defence, and tried to chip Chauhan, but the ball went well over.

The Blue Tigresses had a golden opportunity to double their lead on the 72nd minute, when Anju Tamang swung in a corner that was flicked on at the near post by Manisha, but the ball went just wide of the post.

With less than 10 minutes of regulation time left in the match, Dennerby made the second change of the match, as Karthika Angamuthu replaced Ratanbala Devi in midfield.

As the clock wore down, Anju Tamang created a couple of chances. On the first instance, she looked to thread a through ball to Pyari Xaxa behind the opposition defence, but the latter clattered into a couple of Jordanian bodies, including goalkeeper Anfal Nayeef Hammad, as all three went to the ground; a free-kick was awarded to Jordan. With just about a minute of injury time left on the clock, Tamang broke on the counter again, and soared up the pitch and sent in a cross to Pyari inside the box, but she was flagged offside.

The match was soon brought to an end by the referee, and the Blue Tigresses earned their second victory in as many matches in Jordan, after defeating Egypt 1-0 in their previous game.