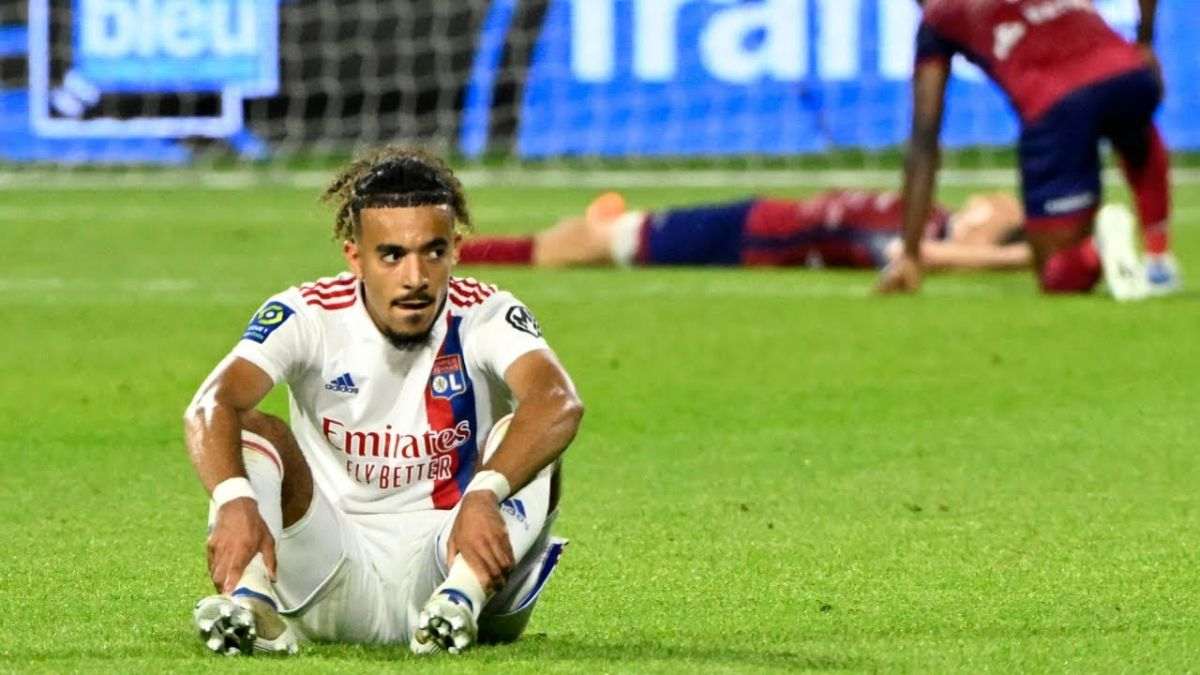 Malo Gusto is a talented young player who primarily plays as a right-back for Olympique Lyon. The French wingback has gradually earned his place in the French club. The young defender has been on the radar of multiple top European clubs and can be on the move from Lyon very soon.

The academy graduate has eventually forced the manager to sell club captain Leo Dubois to Galatasaray. The right-back was sold to make space for the youngster who is considered an investment for the future. However, it is likely that the club will not be able to hold on to the young right back for long.

A bigger and more lucrative European club will snap up the talented player sooner or later. Barcelona, Manchester United, Juventus, and AC Milan are all said to be interested in the young right-back. All these aforementioned clubs have been troubled by the right-back slot in recent years.

Manchester United have struggled to find a player for the long term on the right flank. Antonio Valencia succeeded Gary Neville and Aaron Wan Bissaka was signed to succeed the Ecuador international. However, none of the players were able to completely settle into the position. Aaron Wan Bissaka is very defensive and lacks the foresight of a modern-day full-back.

Diogo Dalot has recently settled in at the right-back position however consistency is still a question for the club. Barcelona does not have an adequate replacement for Dani Alves and have struggled to replace the player since his departure. Sergino Dest could not make an impact as expected and the club is looking for long-term alternatives in the position.

Juventus have an aging set of wingbacks and the club is looking to replace them with younger players. Juan Cuadrado has been used as a right-back often, but he is also aging and there is a need for a younger full-back. However, it seems that AC Milan will be the most suitable destination for Malo Gusto. The Rossoneri have a quality right back in Davide Calabria, however, the Italian can be used in different positions as well. Malo Gusto can be the more permanent candidate for the right-back role. He will be able to adapt well to Italian football and progress well under the tutelage of Stefano Pioli!!