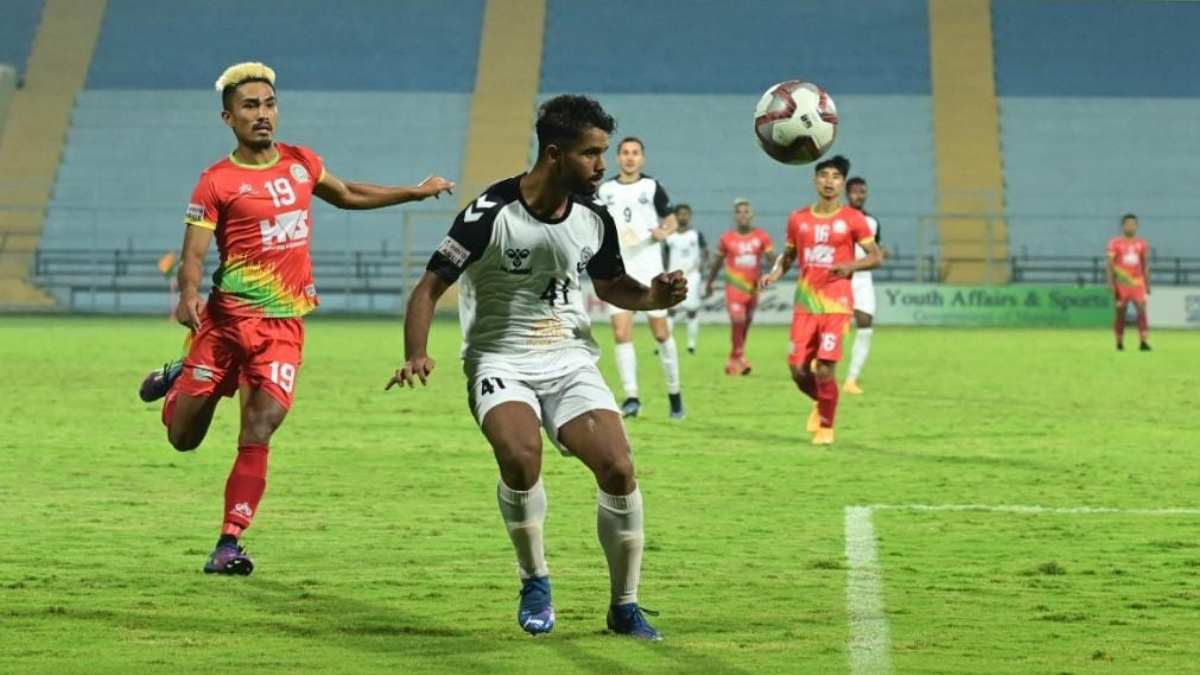 NAIHATI: Mohammedan Sporting Club on Tuesday came from behind to record a 2-1 win over TRAU in an action-packed contest in Hero I-League 2021/22 season to extend their lead at the top spot by three points over second-placed Gokulam Kerala FC. Faisal Ali and Marcus Leric Jr Joseph scored one goal each for Mohammedan Sporting Club while Fernando Jose Gomes Junior scored the consolation goal for TRAU.

Mohammedan SC have been the most dominating side in the season so far and this contest was no different as they controlled the ball early in the game. Mohammedan SC’s passing in the middle was also on point as they looked for the opening goal. Meanwhile, their opponents, TRAU, started the game on a cautious note and were happy to play on the defence.

Despite the possession and passing, both teams failed to create any big chance in the first 15 minutes of the game, cutting off the work of rival goalkeepers. The play was stopped in the 20th minute after Nikola Stojanovic hurt his neck and underwent a medical inspection. Four minutes later, TRAU were awarded a corner, which did not materialize as Mohammedan SC’s goalkeeper Zothanmawia cleared the ball.

Thereafter, the two teams started trying to put pressure on one another with their aggressive play, which led to Shaher Shaheen getting a yellow card for his tackle on Douglas. Buanthanglun Samte almost broke the deadlock in the 29th minute but his stunning effort was saved by Zothanmawia, who stretched on his left to deny him.

And, finally, in the 33rd minute, TRAU got their big break when the Brazilian star Fernando Jose Gomes Junior’s left-foot free-kick found the back of the net. Andelo Rudovic had a chance to level the score in the 39th minute when he was allowed abundant spaces in the opposition’s six-yard box. However, he was not able to convert it.

Three minutes were added in the first half and that’s all Mohammedan SC needed to score an equalizer as Faisal Ali’s left-footed shot went past Amrit Gope and hit the back of the nets. Mohammedan SC increased the intensity in the second half as they looked for their second goal.

Andelo Rudovic was all set for his first assist of the game in the 49th minute but a neat piece of defending by Manash Gogoi denied him the chance. Both teams were involved in a fierce battle in the middle during the third quarter of the game as Mohammedan SC maintained the pressure on their opposition.

Mohammedan SC won the psychological battle in the end as they went one up in the 70th minute, through Marcus Joseph. SK Faiaz provided the assists to the goal, which was aided by TRAU’s goalkeeper Amrit Gope’s sloppy save. After conceding their second goal, TRAU players upped their ante as searched for an equalizer.

On the other hand, despite taking the lead, Mohammedan SC players continued their counter-attacking in search of their third goal. Protim Gogoi went down in the 83rd minute while defending against Marcus Joseph but quickly returned to his feet as the play resumed.

TRAU made three late substitutions with Salam Johnson Singh, Prikanta Singh Sorokhaibam, and Nongthongbam Joysana Singh replacing Fernandinho, Roger, and L. Milan Singh. Six minutes were added at the end of regulation time, but, TRAU were unable to create any more chances and Mohammedan SC pocketed their sixth victory of the season. Meanwhile, it was TRAU’s fourth loss in seven games.