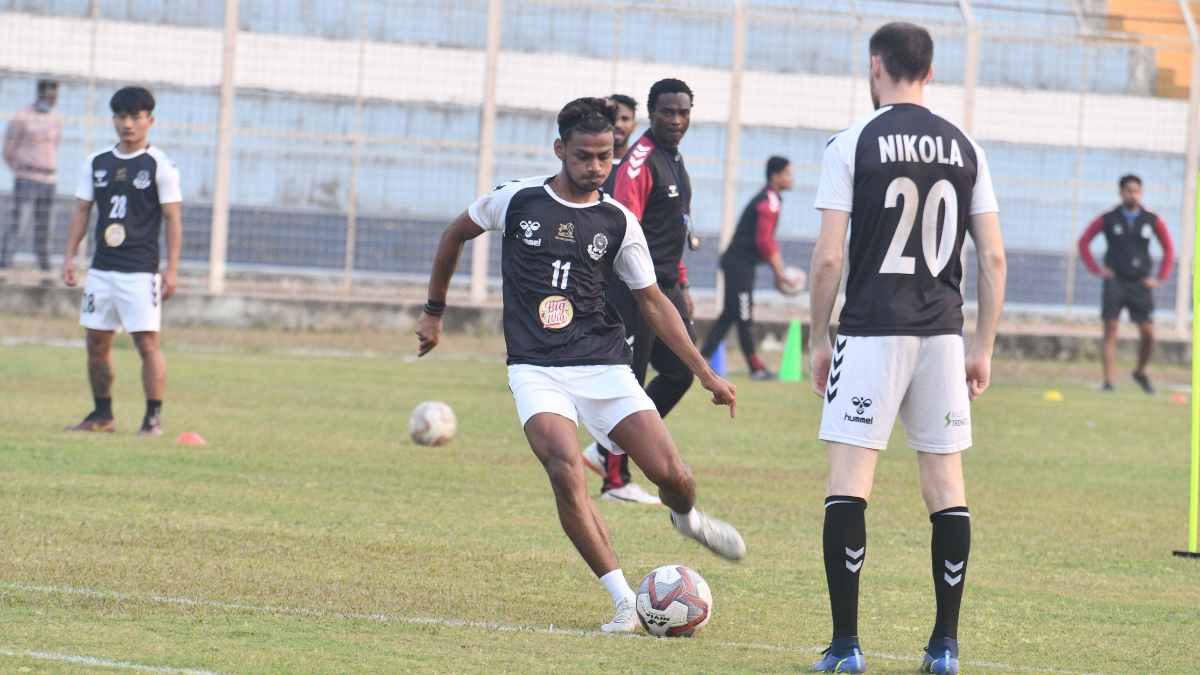 It’s top versus bottom in Gameweek 6 of the Hero I-League as early title challengers Mohammedan SC take on newly-promoted Kenkre FC at the Naihati Stadium on March 21st at 7:30 PM.

Mohammedan suffered their first loss of the season on Wednesday, losing 2-1 against Churchill Brothers. However, coach Andrey Chernyshov isn’t dwelling on that result. “In football, you can’t win every game. You have to be ready for everything. We’ve analysed that game and are ready for the next one. My players are mentally very strong.”

Striker Marcus Joseph has scored eight goals in five matches, but Chernyshov insisted that Mohammedan isn’t just about him. “In any good team, you have one player that’s very important, one striker who scores goals. We have Marcus, one of the best players in India. But we attack as a team.”

The Russian reiterated the importance of having fans in the stands. “Football is for the supporters. I know how good Mohammedan fans are. We miss them. I hope we can have them in the stadium soon.”

In the match against Kenkre, Mohammedan will carry the favourites tag, but defender Asheer Akhtar maintained that his side takes every team equally. “It doesn’t matter who our opponents are or what form they’re carrying. We enter the pitch to give our best.”

Despite Kenkre’s tough start to life at this level, coach Akhil Kothari remains optimistic. “I think we have been progressing game by game since day one. We’re looking for a much-improved performance against Mohammedan. We want to control the game, create chances and score goals,” he said.

“We just want to focus on the process. We have a plan in place for the entire tournament,” Kothari added.

Midfielder Siddharth Colaco’s experience in his first Hero I-League campaign has been “good enough” so far. As a rookie player, he feels it’s important to communicate well with the more experienced bunch. “We have a couple of players who have the experience of playing at this level. We are all technically good players. We have to be focused and go for all three points,” said Colaco.

Coach Kothari believes tomorrow’s contest against Mohammedan will not only be important in terms of points, but also in terms of the confidence it will add to the Kenkre squad. “Mohammedan will be another tough challenge for us. They have a rich history and have done well in the I-League this season. We are ready to face them and are going for three points tomorrow.”