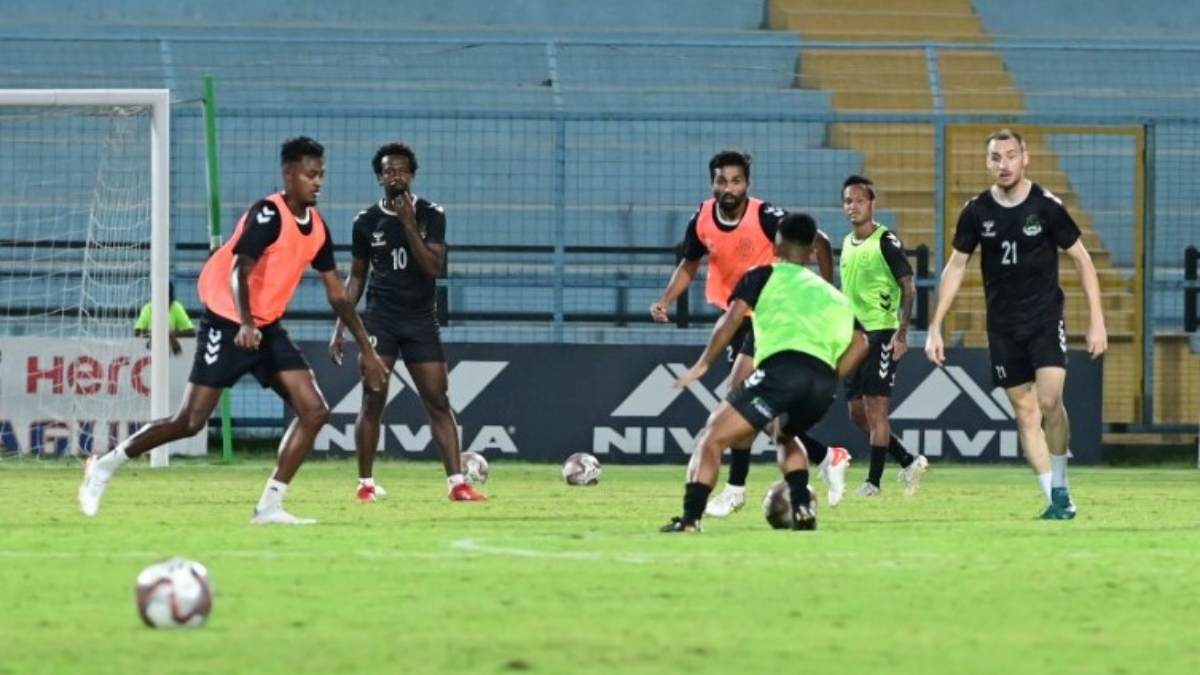 KOLKATA: Gameweek 12 in Hero I-League features yet another enthralling battle between Real Kashmir FC and Mohammedan Sporting Club. The Black and White Brigade suffered a setback against RoundGlass Punjab in the last match while the Snow Leopards squandered a two-goal advantage against Rajasthan United to earn a solitary point. The game will take place at the Kalyani Municipal Stadium at 8.05 PM on Thursday, April 14, 2022.

Real Kashmir head coach David Robertson feels disappointed to concede late goals but wants to prepare the best way for the next few matches. “It’s disappointing. We scored two goals but couldn’t hold on to the lead. We are lacking a bit of consistency. There are a few issues but we have to keep going and prepare as well as we can,” he mentioned.

On being asked about the opponents, the head coach understands the importance of the match for both teams. “They have a very good team, especially the foreign players. We have to be consistent if we want to get positive results. It’s a big game for both of us. Hopefully, we can get a good result,” Robertson concluded.

On the other hand, Mohammedan Sporting head coach Andrey Chernyshov wants to rectify mistakes in the coming games. “When we started the campaign, people expected us to win matches. It’s football. You can’t win all matches. We made a few mistakes in the first half of the last game. In the second half, we tried to score but we were unlucky,” the head coach added.

Midfielder Faisal Ali accompanied the coach in the pre-match press conference. “There are good players in our team. Marcus Joseph and Nikola Stojanovic are our key players but other players have stepped up. Football is a team game and we have to finish our chances,” the young midfielder mentioned.

Meanwhile, Chernyshov understands the importance of the match as the title race is getting closer and closer. “Real Kashmir is a good team. They have good quality players. They have included a few players who can change the game. It’s always difficult to play against a side that plays long balls. We have to analyze and play accordingly to get wins,” the coach concluded.