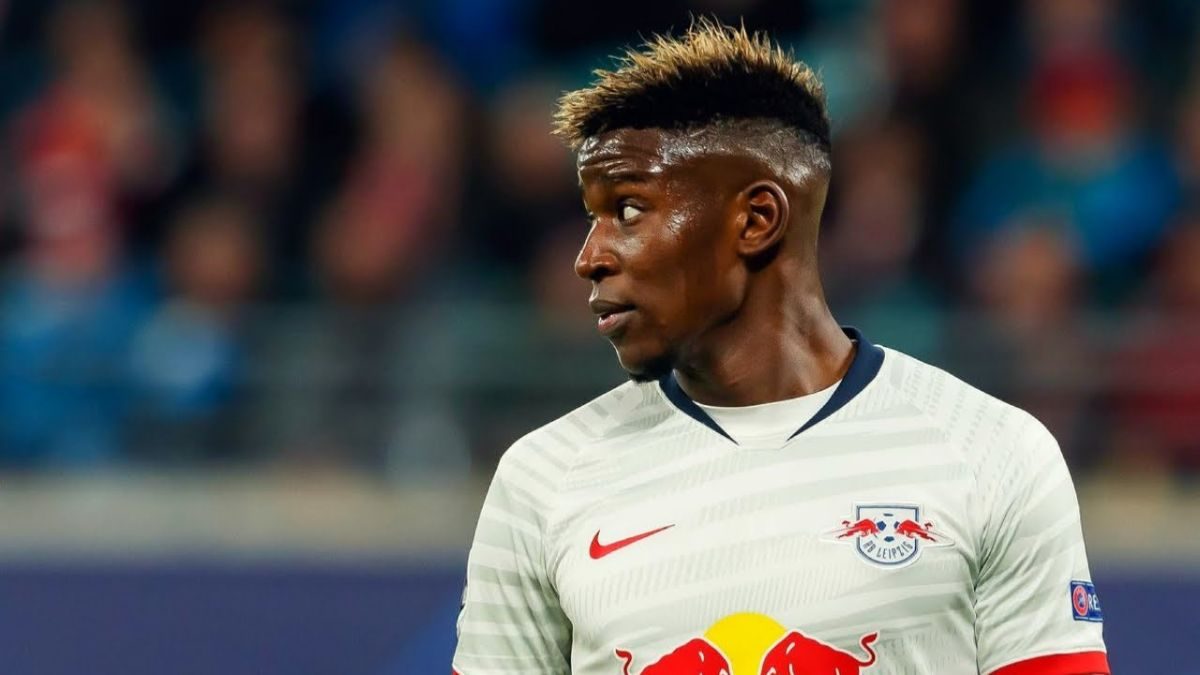 Nordi Mukiele is on the radar of many top clubs in Europe. The Frenchman has been a brilliant Central Defender for Leipzig in recent seasons. He was one of the star defenders in Bundesliga’s last campaign. French Giants Paris Saint Germain have been the frontrunners in securing the services of Mukiele. PSG are looking for a fast-paced, strong Centre back who can partner with Marquinhos in the backline.

PSG were targeting Milan Skriniar for quite some time. But Inter’s asking price was way too much to Paris’s liking. This made them explore other options when Mukiele popped up to be the best one. But they might now face competition from Thomas Tuchel’s Chelsea. The English side are currently looking for Central Defenders to strengthen the backline.

Chelsea have already lost out Rudiger and Christensen to La Liga giants Real Madrid and Barcelona. The club faced another disappointment as Jules Kounde was snatched away by Barcelona in the last few days. Koulibaly has been signed by Napoli but Chelsea faces huge problems in defense. The Blues were recently thrashed 4-0 by Arsenal. Thus the need for a good quality Centre Back is very much there for Chelsea.

Chelsea are very much trying to hijack PSG’s move for Mukiele. It won’t be easy as PSG already seems to have wrapped up the deal pretty much. However, Chelsea will do their best to try to get Mukiele. As per reports, the Blues are willing to offer Timo Werner plus cash in a swap deal for Mukiele.

Timo Werner would be happy to return to the club where he was at his best. The German scored 95 times for Leipzig in his stint at the club. Since leaving Leipzig, he has not had the same goalscoring form and has been disappointing for Chelsea. So the idea of him leaving is pretty much open to Chelsea. Moreover, it would be a win-win situation for them if they can get Mukiele in a swap deal.

But again, Paris Saint Germain have pretty much sealed the move for Mukiele. If Chelsea try to get him, they have to act fast.