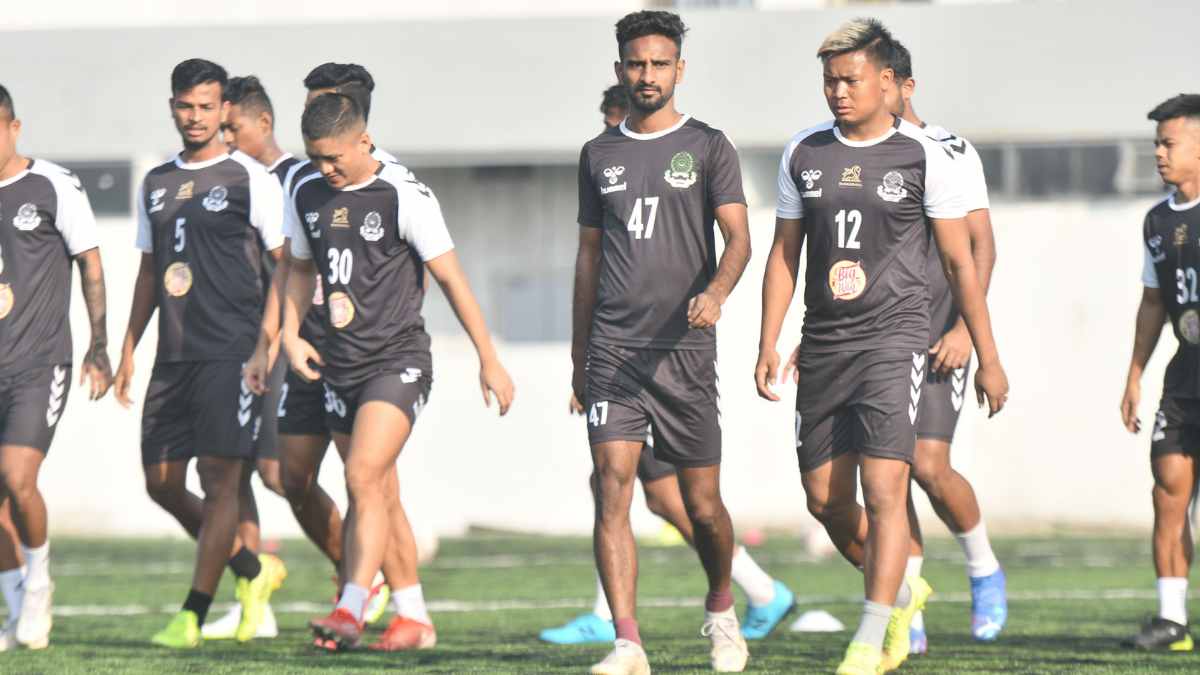 Mohammedan SC were touted as title challengers at the start of the season and they’ve certainly lived up to that billing so far after racking up four wins in as many matches. The Black and White Brigade will aim to continue that perfect record when they face a winless Churchill Brothers side languishing in 11th spot at the Kalyani Stadium on March 16th at 4:30 PM IST.

Mohammedan were comfortable 4-0 winners over Indian Arrows on Saturday, once again led by striker Marcus Joseph, who has now scored a brace in each of his last three appearances. “We’ve played good organised football and obtained good results. When you do that, you become confident and other teams start to respect you,” said coach Andrey Chernyshov.

With the games coming thick and fast, the Russian hopes his team maintains their concentration like they have in the last four games. “The schedule is very tight and difficult. We have 29 players and they must wait for their chance. Each one of them will have a part to play this season,” he remarked.

Even though Churchill have had poor results so far, Chernyshov believes he can’t afford to be complacent. “We know that we’re facing a tough team with many experienced players. Last season, they had good results. Things are going wrong for them this season, but they can turn it around in a single match. We’ve got to be ready for that.”

Churchill Brothers’ woes continued in Gameweek 4 as they followed their 1-0 loss to Sudeva Delhi FC with another 2-0 defeat at the hands of TRAU. “Losing two matches in a row has been a great setback. We have lacked a bit of concentration,” said assistant coach Mateus Costa.

However, Costa feels there’s enough time to turn their fortunes around and fight for the championship round. “We’re not thinking about where we stand on the table and just taking it match by match.”

Goalscoring has been a problem for Churchill, with striker Kenneth Ikechukwu scoring their only two goals so far. Despite the team’s results, the Nigerian has had a positive experience in India. “I’ve been in the game for many years now. When you come to a new league, you’ve got to adapt to every situation.”

Regarding their issues in front of goal, coach Costa said, “We’re working on the training ground. Goals are ultimately what matters in the game. If we score and win, it will help us gain confidence.”