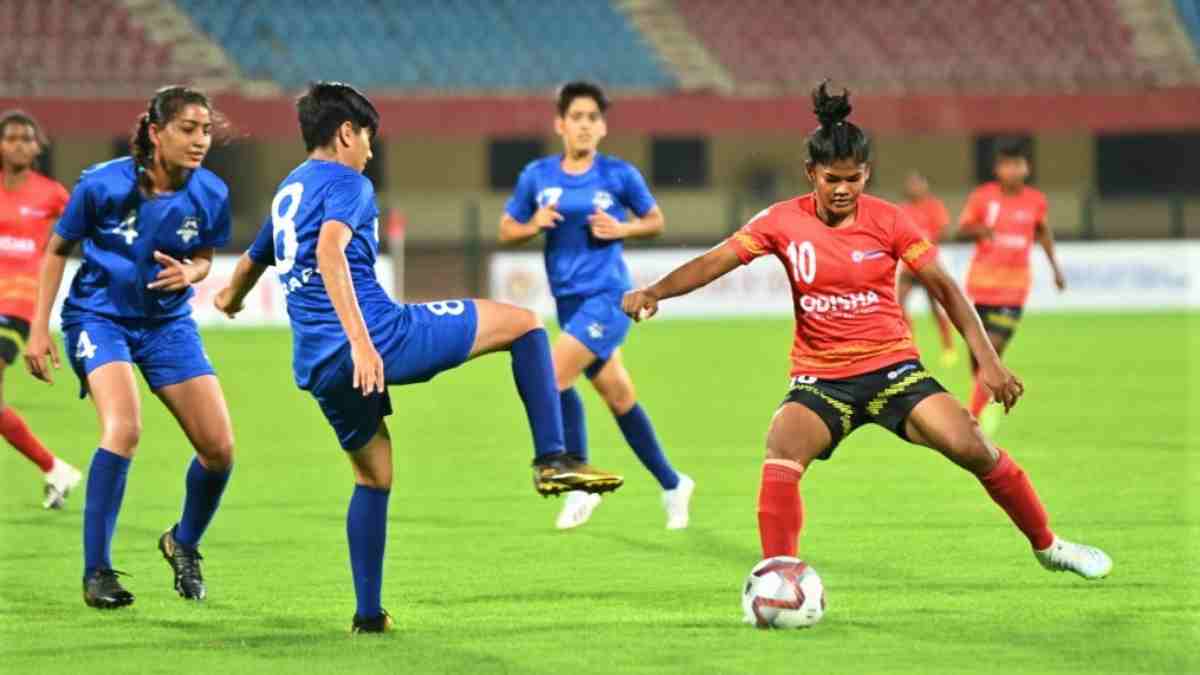 BHUBANESWAR: Odisha Sports came back from behind to register a 3-1 victory over ARA FC in their Hero Indian Women’s League (HIWL) opening match on Saturday (April 16, 2022).

Odisha Sports looked composed in the first quarter of the game, enjoying a 65% ball possession against ARA FC’s 35%. Forward Satyabati Khadia twice came close to scoring before the half-hour mark, but couldn’t convert in the final third.

However, it was ARA FC who found the first breakthrough when forward Anju won the ball in a dangerous area and took a glorious shot from long range to catch the rival goalkeeper by surprise.

Odisha Sports equalised in the 53rd minute when Satyabati’s effort was converted from a close range by Pyari Xaxa to make it 1-1.

In the 65th minute, Odisha Sports brought on Malati Munda to replace Subhadra Sahoo. In the 75th minute, they came close to taking the lead when Satyabati delivered a delightful cross to Pyari Xaxa in the box only for the forward to shoot it agonisingly wide off the crossbar.

However, in the 79th minute, Pyari made amends to put Odisha Sports in the lead. The forward penetrated through the ARA FC defence and plunged a shot past goalkeeper Poonam to make it 2-1.

Jasoda Munda went on to make it 3-1 with a cool-headed finish in added time to seal the fate of the match.