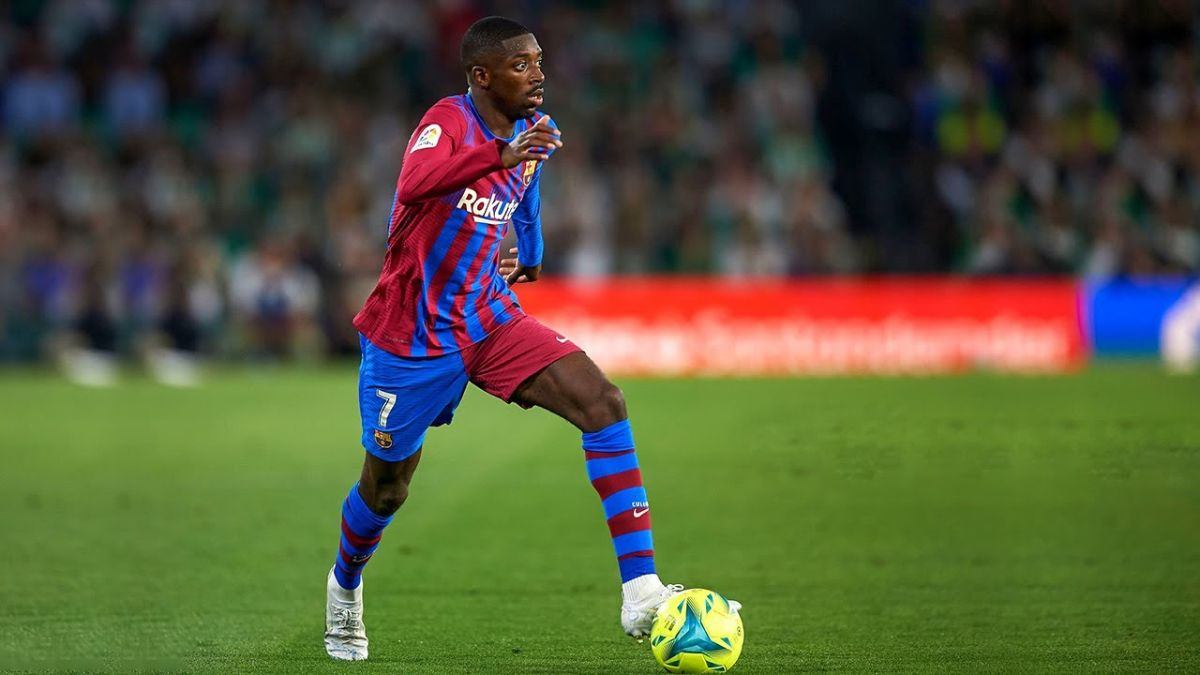 However, the wage demands of Ousmane Dembele were beyond the financial capacity of Barcelona. The player eventually settled for the offer made by the Spanish giants as Xavi Hernandez considers him a very important part of the project.

The French international has thrived under Xavi Hernandez and consistently contributed to goals for the club. The winger was also linked with a transfer to Chelsea as Thomas Tuchel wanted a reunion with his former star forward. However, the player decided to stay at Barcelona ahead of the Blues approach.

Ousmane Dembele did not fit the Parisians tactics

The sporting director, Luis Campos has explained the decision to not sign the French winger. The Executive said that the club is currently set up to play without wingers. The Manager wants to play up front with Lionel Messi, Kylian Mbappe, and Neymar in a triangle.

Neymar and Messi are deployed as supporting strikers behind the French international to give the team fluidity in offensive transitions. Luis Campos has clarified that the club possibly made the mistake of signing top players who played similar positions in previous transfer windows.

Ousmane Dembele is best suited to play as a winger and that is not possible at Paris Saint-Germain. It looks like a good decision for the club as the Parisian’s trio has looked comfortable this season. Lionel Messi seems to have found his feet in Paris and is combining well with the other two. The failed transfer has also suited Ousmane Dembele who has benefited from the wide role at Barcelona.

Hopefully the French international will be able to continue his fine form and help Barcelona achieve their goals this season under Xavi Hernandez!!