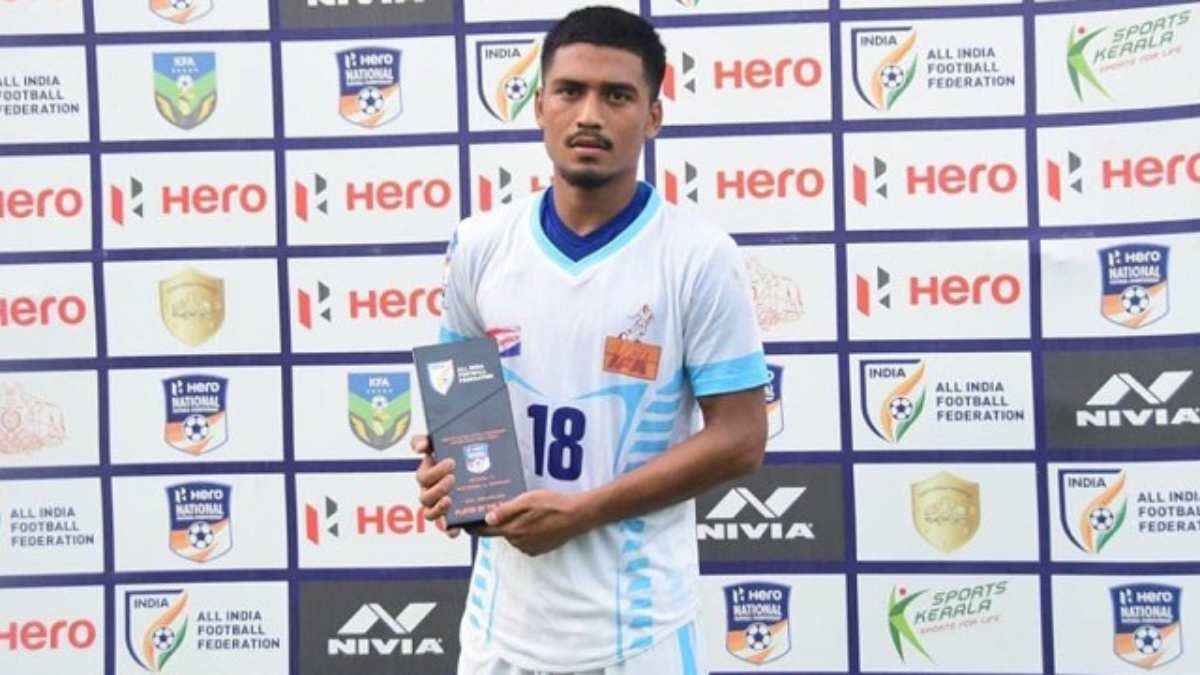 Bengal ended their Santosh Trophy on a sad note after narrowly missing the cup. The man who was phenomenal in the entire journey was none other than Mahitosh Roy.

His pinpoint passing and Silky dribbling skills created great problems for the opposition defense. Today we interacted with this prolific midfielder. Here is what he had to say

Regarding his Youth Career

Mahitosh Roy is currently one of the most talented budding midfielders from Bengal. On being asked about his youth career, he replied “I have started my football career for Old friends Union in 2016. After that, I joined Howrah Union. Then I was roped in by Aryan Club. I played for George Telegraph in IFA Shield which helped me a lot to develop as a footballer.” His greatest inspiration is his father who guided him to his success.

Ranjan Bhattacharya played a pivotal role in the success of the Bengal team in the Santosh Trophy. The way in which he inspired the young guns of Bengal was really commendable. Mahitosh believes that it is Ranjan Bhattacharya whose influence changed his playing career.

He said “Ranjan Sir guided me a lot since CFL. He just said me to give the correct pass and play fearlessly. Also, he helped me to improve my patience in front of goal.”

Bengal fielded an almost unknown team in the Santosh Trophy. The boys played fabulously throughout the tournaments. But they faced setbacks against Kerala on both occasions of their meeting with them.

Commenting on this he said, “Our match against Kerala in the group stage was harder than the final because it was the first time we were playing in front of such a huge crowd.”

Mahitoh Roy already has offers from different I league and ISL clubs. We on behalf of Football Express wish him all the best in future endeavors.