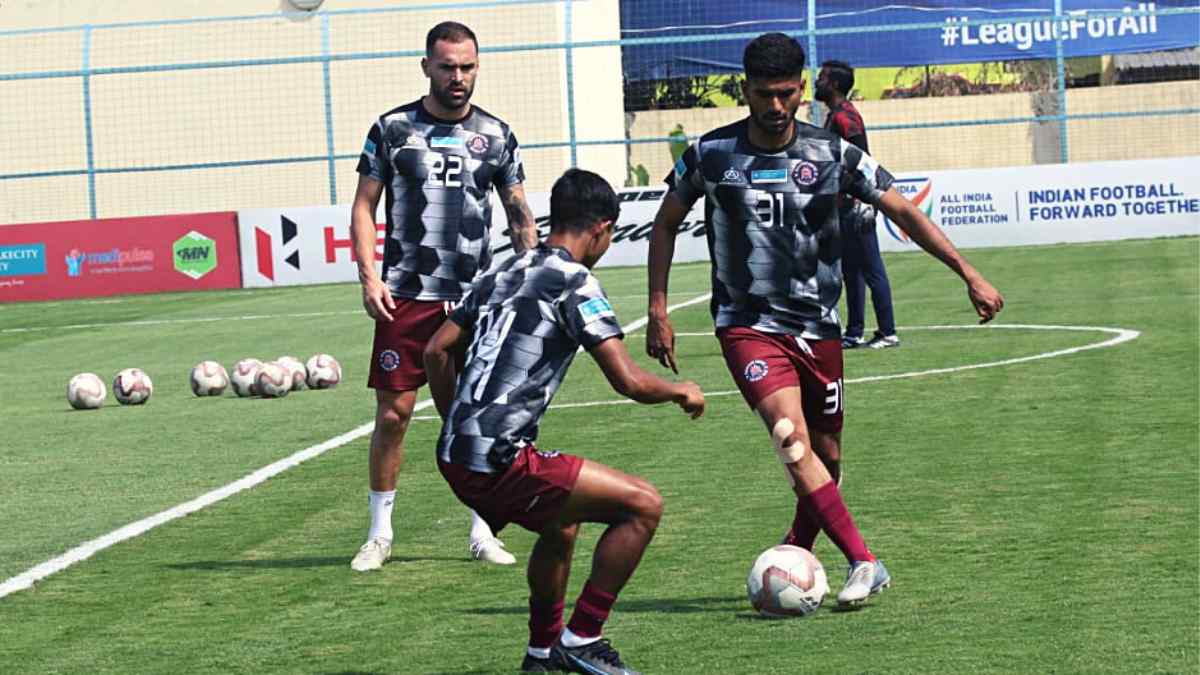 After securing a hat-trick of clean sheets, Rajasthan United FC will be looking to go one step further when they take on a confident Churchill Brothers side coming into the match with their first victory of the season over high-flying Mohammedan Sporting.

The game will take place at the Naihati Stadium at 2.00 PM IST on Monday, March 21, 2022. Rajasthan United FC are yet to concede a goal since the restart of Hero I-League 2021-22 having earned one victory and two draws.

Assistant coach Pushpender Kundu wants the side to score more goals and focus match by match. “We have three clean sheets. We want to improve on scoring goals. In the last few matches, we have created a few more chances but we want to convert those in the coming matches,” he added.

Melroy Assisi accompanied the coach in the pre-match press conference. “We kept a few clean sheets in the last few matches which is positive. Now, we have to focus on the next match. We will take it as a normal game. We will stick to the plans of the coach. Hopefully, we get the desired results” the defender added.

“They didn’t get the results in the first couple of matches. However, they have shown in the last match why they are a powerhouse of Indian football. Every team is tough to play against and we have our plans. Hopefully, we can get all three points” Pushpender concluded. On the other hand, Churchill Brothers FC Goa’s assistant head coach Mateus Costa is confident of getting results.

“It was an important victory for us. The win against such teams will give us huge confidence going forward. Hopefully, we can build on it and get more results in our favor” he added.

Former Hero I-League winner with Mohun Bagan Komron Tursunov wants to be positive and ready. “Our coach told us about the importance of the victory (against Mohammedan Sporting). We are working hard in the training sessions to improve as a team. We have a tough game but we will be aiming for all three points,” Komron said. Costa is aware of the threats that Rajasthan United FC possess.

“They are a technically strong team. No team in the Hero I-League is easy to face. They have good foreigners and Indian players. They are also tactically sound. We have to go differently. Hopefully, things work out successfully” the coach concluded.