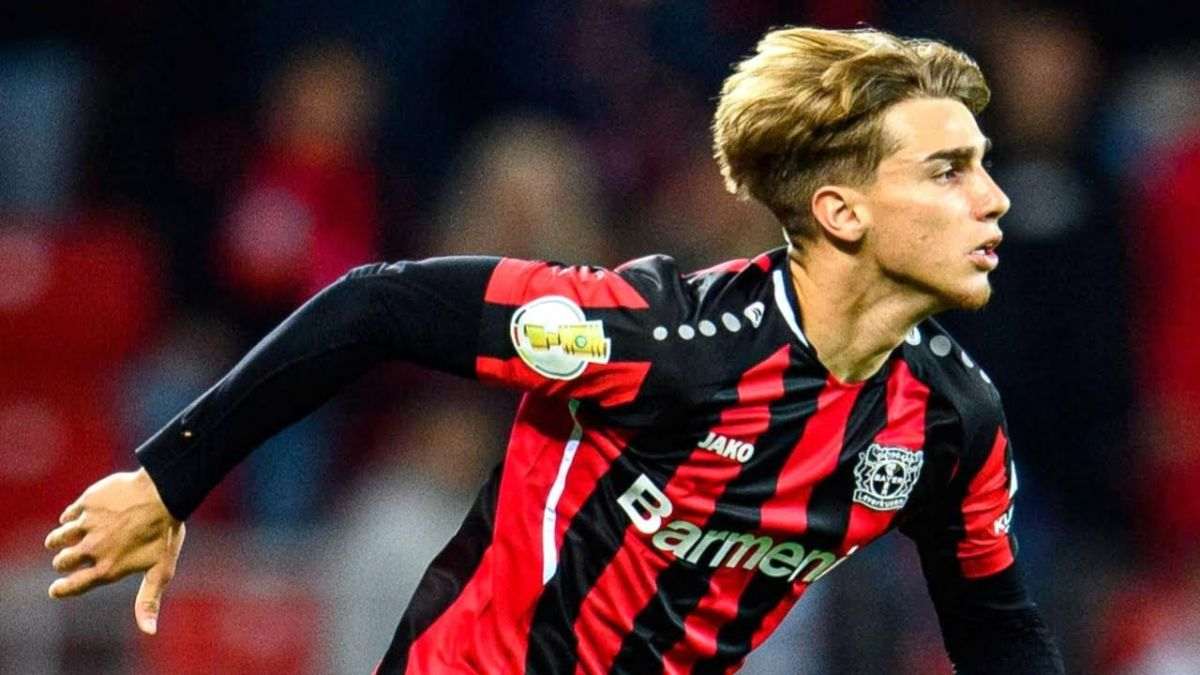 It seems like Real Madrid are adamant to complete the signing for a top-rated Young striker this summer. The European Champions have been linked to youngsters all across Europe. Benjamin Sesko and Charles De Ketelaere have been mentioned by the Madrid coaching staff a lot of times. But it now seems like they have finally made up their mind on who they want to sign. Iker Bravo is the one that Los Blancos have now set their eyes on. The 17-year-old Barca academy graduate is currently also pursued by Atletico Madrid.

As per reports, Bravo has agreed on personal terms with Atletico Madrid. But Real Madrid are adamant to sign the teenage sensation. Their relations with Atletico are already much worse than they were before. If Bravo was to sign for the Spanish Champions, then it would cause huge conflicts between the 2 clubs and their fans. Bravo represented Leverkusen’s U-19 team, scoring 4 goals and giving 3 assists. Atletico rates him very highly and feel that he can be the first-choice striker in a couple of years.

But it is not easy to battle a mammoth club like Real Madrid. Los Blancos are a dream club for so many youngsters and it would not take them much time to lure Bravo away. But it will have to be seen if Bravo would respect his agreement with Atletico and sign for them.

The question arises: Can Real Madrid really replace Karim Benzema? The answer is yes but not at the moment. Karim Benzema has been in outrageous form for Madrid for the last 2 seasons and hit sky-high last season. The Frenchman was out of this world as he guided Madrid to a 14th UCL title and a 35th La Liga title. He is probably the most important player for the Real Madrid team. The Big Striker just keeps getting better with age.

Ancelotti knows it is impossible to replace the best No.9 in the world at the moment. But it has to be accepted that Benzema will be gone at some stage just like Ronaldo and Ramos had to. This is the reason Real Madrid are looking for a young striker who can take the reign from Benzema at some point. This would ensure not splashing too much cash and also getting a player for the future.