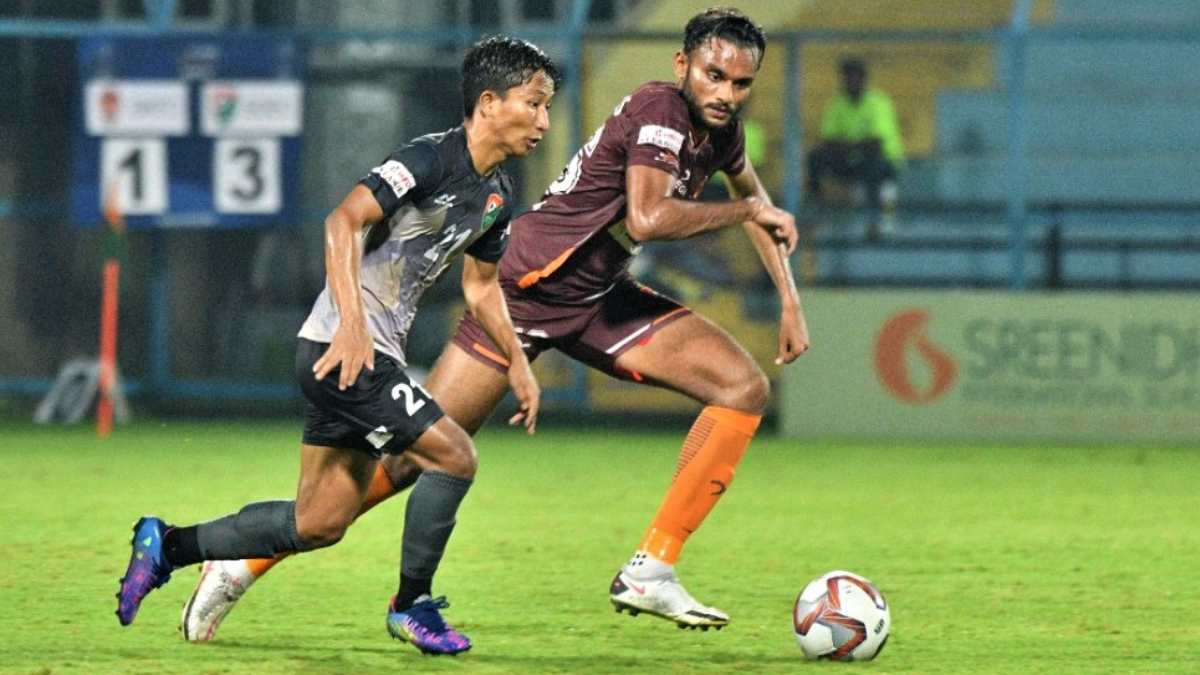 NAIHATI: There was no shortage of drama at the Naihati Stadium as Sreenidi Deccan shocked league leaders Gokulam Kerala. The Malabarians needed a point to clinch the title but a stunning first half hat-trick by Lalromawia was enough to hand the defending champions their first loss of the season, right before their title-deciding clash with Mohammedan SC.

In the first 15 minutes of the game, Sreenidi Deccan had 84% ball possession. Inching closer, a brilliant curling freekick from Lal Chungnunga rattled the crossbar, as the rain came pouring down at Naihati. Twenty minutes in, the pressure paid off for Sreenidi as Lalromawia, with a free header, nodded the ball past Rakshit Dagar to give his side a surprise lead.

Minutes later, the ball was in the Sreenidi Deccan net as it seemed like the Malabarians had pulled themselves level courtesy of Bouba Aminou but the celebration was cut short as the linesman had his flag up for offside as tensions rose in the Gokulam camp. Superb ball retention from Sreenidi pinned Gokulam down in their own half as the defending champions were forced to defend.

Quick feet inside the Gokulam box from Louis Ogana helped the Nigerian put it on a plate for Lalromawia. The midfielder beat Dagar to the ball and slotted home Sreenidi’s second of the evening, sending waves of jubilation through the Mohammedan SC supporters in the stadium. Three minutes after the goal, things went from bad to worse for Gokulam as Lalromawia secured a stunning first half hat-trick.

Vanlalbiaa Chhangte was the provider from the right flank as a soft header from Lalromawia beat Dagar for the third time, bounced off the inside of the far-post and landed inside the goal, putting Sreenidi Deccan in complete charge of the game. Sreenidi finished the first with 79% possession as Gokulam had just one shot on target.

As expected, Gokulam came out all guns blazing in the second half as Jourdaine Fletcher was brought down by Chungnunga and won a freekick in a good position. Gokulam skipper Sharif Mohammad unleashed a venomous strike from the set-piece and beat Aryan Lamba to pull one back.

Less than ten minutes after the goal, Gokulam were dealt another blow as Sharif was given his marching orders. After a foul on Muthu Mayakkannan, Sharif was shown a yellow. The skipper kept on arguing with the referee and was shown a second yellow for dissent and the Malabarians, who were still two goals down, were now a man down.

As Sreenidi pushed forward, Gokulam broke down the right with substitute Sreekuttan VS. The winger’s shot was palmed away by Lamba, who was at full stretch.

Fifteen minutes from time, Sreekuttan found himself in a good position near the box with a teammate on either side. However, the attacker chose to go on by himself and got thwarted by the Sreenidi defence. Emil Benny’s effort, shortly after, was agonisingly close. In the final quarter of the game, the tempo dropped drastically as Sreenidi. Two minutes from time, substitute Sourav slotted the ball home on the rebound after Lamba denied Fletcher but the flag went up again, summing up Gokulam’s evening.

An astounding victory for Sreenidi Deccan kept the title hopes for Mohammedan SC alive and it also lifted them above RoundGlass Punjab into fourth place, only a point behind their next opponents – Churchill Brothers. As for Gokulam Kerala, their 21-game invincible run came to an end and they are just three points clear of Mohammedan before the final showdown on Sunday.