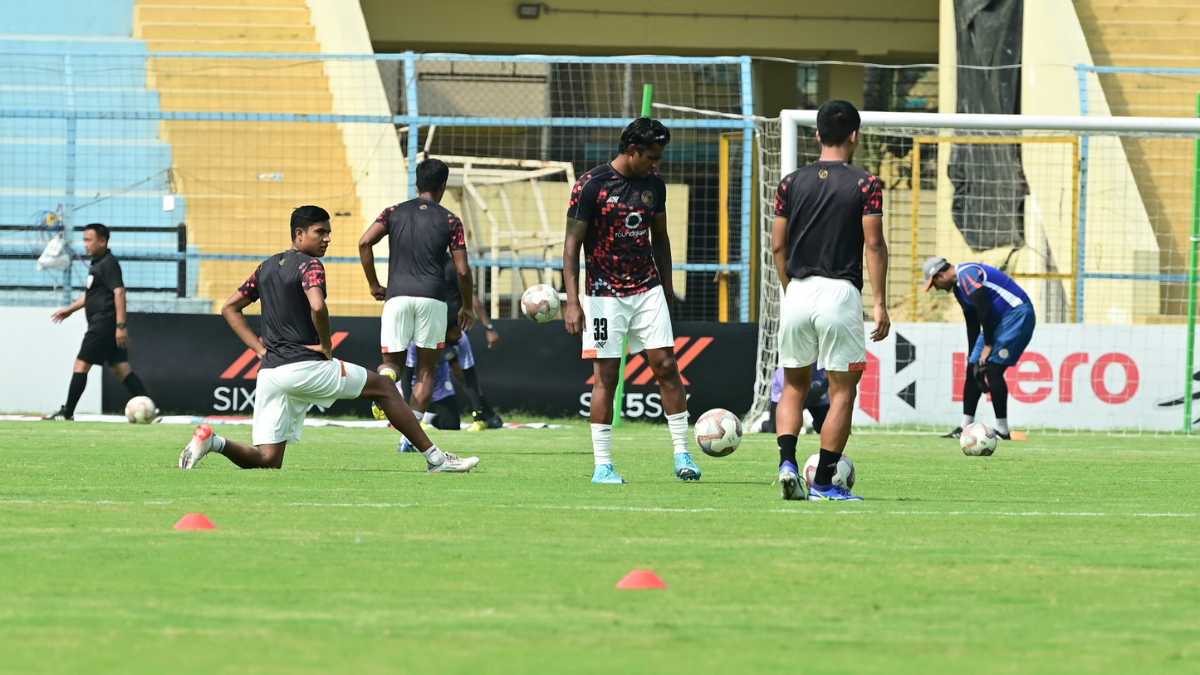 KOLKATA: After another win in the campaign against the young Indian Arrows, RoundGlass Punjab FC are looking to continue their winning run against table toppers Mohammedan SC who defeated Rajasthan United FC 2-1 in their last game.

Talking about the opponents and preparations against Mohammedan SC, head coach Ed Engelkes said, “We did prepare well and yes we have been watching their games, and accordingly we prepared our game plan. We don’t want to adjust too much because of the opponents but yes our players are ready to face them and we are looking forward to the game.”

Accompanied by Shankar Sampingiraj in the pre match conference, the defensive midfielder added, “It was a very important win for us (against Indian Arrows) but unfortunately we were not able to keep a clean sheet. Hopefully we can improve and get 3 points in the upcoming game.”

The Black and White Brigade, Mohammedan Sporting Club, are on the top of the table and will be aiming to continue to maintain their lead over Gokulam Kerala FC who are hot on their heels.

Head coach Andrey Chernyshov believes the team is ready for the clash against RoundGlass Punjab FC and added, “They are a good team. They played very well against Indian Arrows in the previous game and it will be a difficult game as they can create a few problems for us. Hopefully, we can get the win against the dynamic side,” he concluded.