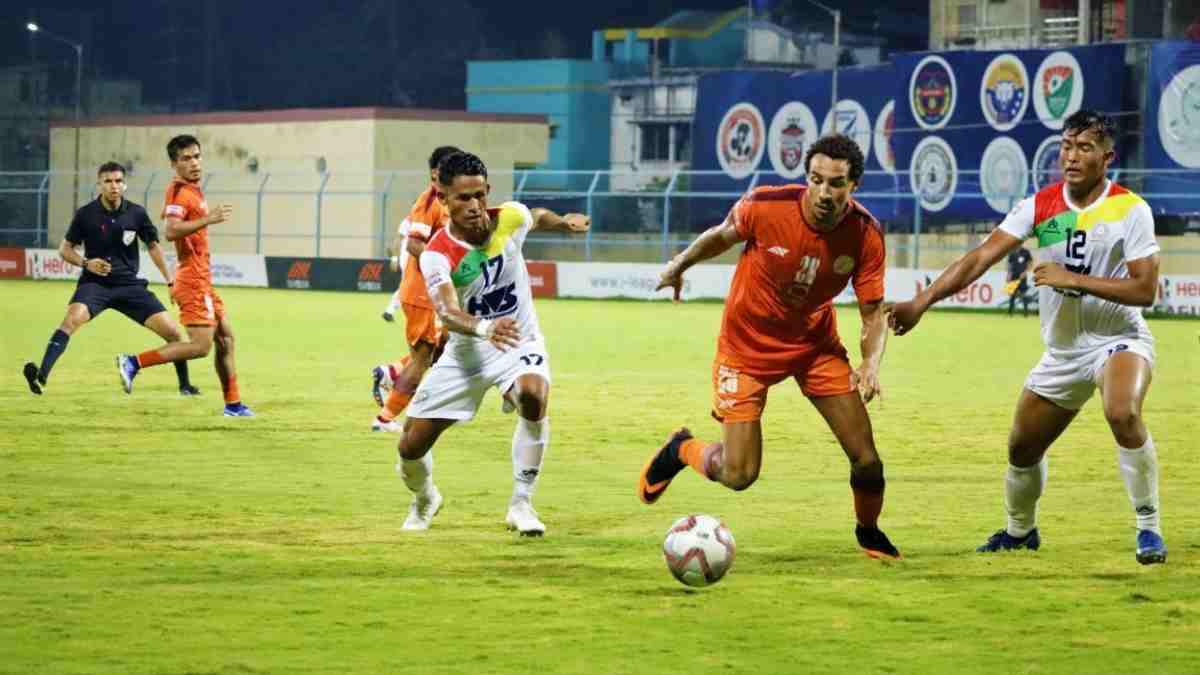 NAIHATI: A solitary goal from Kurtis Guthrie was enough for RoundGlass Punjab FC to nick all three points against Tiddim Road Athletic Union (TRAU) FC, here at the Naihati Stadium. Just after the half hour mark, Guthrie managed to get on the end of a lobbed ball from Joseba Beitia to give RoundGlass Punjab the lead and the win against TRAU whose Top 7 ambitions were laid to rest at full time.

The game got off to a very quick start as TRAU midfielder Fernandinho had the RoundGlass Punjab defence worried with his effort that eventually missed the target after just forty seconds.

TRAU were awarded a freekick near the corner flag on the right flank. Fernandinho took the freekick and aimed it directly at keeper Jaspreet Singh, who was able to palm the ball away for a corner.

End-to-end football in the opening stages of the first half saw both sides getting good opportunities to put their side ahead. Kurtis Guthrie was a constant menace inside the box but even he failed to get on the end of a cross that was whipped in by Kean Lewis midway through the first half.

The Brit was not disappointed for long as he gave RoundGlass Punjab the lead ten minutes before half-time. Skipper Joseba Beitia lifted a delightful ball into the box and Guthrie made no mistake in heading the ball past Gope to put RoundGlass Punjab one up.

After the goal, the momentum was with RoundGlass Punjab. Guthrie almost doubled the lead but this time a point-blank save from Gope kept the Englishman’s header out.

A rare TRAU attack towards the end of the first half was thwarted by Shankar Sampingiraj who went sliding in to intercept a cross towards Fernandinho. The defender was relieved because he almost ended up deflecting the ball into the back of his own goal.

Three minutes into the second half, RoundGlass Punjab won a free-kick on the left flank. Beitia swung the set piece in towards Travis Major at the far post. The ball eventually ended up at the feet of Freddy who pulled the trigger but his strike went flying over the bar. At the other end, Beitia was caught napping on the ball and robbed in midfield. Fernandinho was on the ball and picked out Bishorjit who skied it.

RoundGlass Punjab were on the attack for the majority of the second-half while TRAU waited to hit them on the counter. Lallawmawma caught the TRAU defence off-guard and managed to get a shot in. The effort was comfortably saved by Gope. On the counter, TRAU looked threatening but were only let down by poor finishing.

Towards the end of the game, RoundGlass Punjab dropped their tempo and looked satisfied with a precarious one-goal lead. Guthrie was toying with the defenders on the right flank, dribbling past two of them and picking out a teammate. The striker almost set up the second goal for his team when he played a perfect low cross towards Rupert Nongrum who struck the ball right in front of goal and straight into Gope who had bravely advanced to stop the shot.

RoundGlass Punjab were able to defend their lead and keep a clean sheet. They stay third in the table, two points off Mohammedan SC and three clear of Sreenidi Deccan. TRAU on the other hand will not be able to make it into the top 7 now even if Rajasthan United fumble. They remain tenth in the table.